PlantLab has further strengthened its patent portfolio now that the second patent in the United States was granted today by the United States Patent and Trademark Office (USPTO). The first patent application was already granted last year. Both patents are retroactive to October 13, 2008.

In June 2017, PlantLab's European patent was upheld by the European Patent Office (EPO) after a formal opposition procedure. PlantLab has recently entered into license agreements with several parties for the use of these patents.

Securing global position
“The now granted US patent is important for PlantLab. With this approval, the broad indoor farming patent of PlantLab is now valid in all 74 requested countries. It secures PlantLabs IP position as a worldwide production and technology player in the market,” says Leon van Duijn, co-founder of PlantLab. 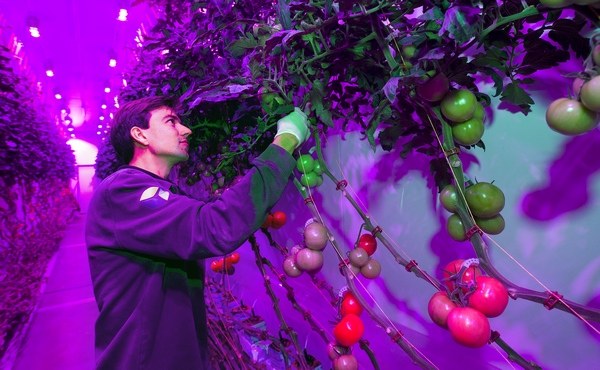 “PlantLab is a technology company and will secure their new innovations also with trade secrets as well patents if that is in the interest of PlantLab. We will use this in a way that can help feed everyone on the planet. Grown locally and plant-friendly.”

PlantLab's patent for indoor farming relates to the way the root/substrate temperature is controlled, as well as the evaporation and leaf temperature of the crop. “The PlantLab IP and technology takes care of optimal growth in indoor farming facilities because of its total control over plant growth in a way that secures optimal yield, taste, and other quality aspects,” Leon explains.