US: "We're betting billions on the wrong farms"

"If you follow the AgTech space, you'll be familiar with the press releases at this point. Huge vertical farm. Hundreds of millions of dollars in new funding," writes Rob Laing, CEO and founder at Farm.One in a LinkedIn post.

He continues, the weird thing is, with all this investment in 'innovative agriculture', nothing seems to feel very new or even add up. The experience of buying leafy greens at the grocery store looks pretty much the same as it did in 1999. None of the large vertical farming companies claims to have a single profitable facility. Recycling basically doesn't happen. No one speaks up about energy use when we're facing a climate emergency.

So why are people spending billions building huge vertical farms?
A lack of startup imagination, and investors along for the ride, are building vertical farms to serve one kind of business at the center of our broken food system: the supermarket. It doesn't have to be that way.

Big vertical farms are for supermarkets, not for consumers.
"Back in 2015, I visited one of Australia's largest herb farms. Big fields, hoop houses, plenty of large hydroponic greenhouses, and a huge, chilly, fragrant herb packing operation. I asked the farmer how he was funding the expansion of the business, and to whom he was selling his product. It was the same answer to both questions: Coles. The supermarket chain had lent money for him to expand his operations, and were his largest customer, by far. He was locked into a relationship with them for the foreseeable lifetime of his farming business, for good or ill," Rob Laing.

He continues, It was a big learning moment for me, as I started to understand the obvious: If you want to grow a lot of perishable food in one place (like most farms), your real customer is the supermarket, because they control access to all the consumers (or "real people" if you prefer). And the supermarket will tell you what they want: Reliable deliveries, consistent commodity product, low price point. Nothing else. In fact, the more that your product is a commodity, the better — that way they can have you compete with all the other folks who grow commodity products, and maintain their purchasing power. Woohoo!

The logical conclusion if you want to build a big vertical farming company? Build for supermarkets. Build huge vertical farms in anonymous warehouses, and grow and package product that looks identical to what supermarkets are already selling. 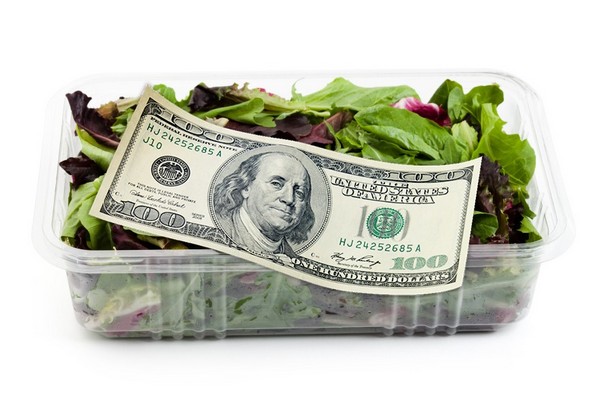 So what are the benefits of vertical farming, again?
According to Rob, You'll hear press releases talk about vertical farms as if they're magic, but harp on about the same old benefits: 90% less water, no pesticides, low to zero transport emissions, higher food safety. But these are already advantages of most types of controlled environment agriculture using hydroponics, compared to traditional field-grown leafy greens.

"The benefits you keep hearing about vertical farming have been around for years at this point. Table stakes. So why do you keep seeing them on press releases? It's because these companies have nothing else to say."

The real benefits of vertical farming are much more interesting:

Rob says that, the problem with the above things is that they are hard and nuanced. Hard things are confusing and require collaboration, and understanding of complexity, and adaptation to communities, and spirit and creativity and learning and discovery and risk.

"Instead of doing the hard things, the idea of vertical farming has turned into an easy thing: Build the biggest farm," he claims.

Betting billions on the wrong kind of farms
Rob notes: "Now, it's still possible that the "building the biggest farm" approach might just work as a business model. Get enough scale. Automate enough. Tough it out for margin against the grocery chains. But whenever these kinds of big leafy-green vertical farms come up for discussion among folks who work in indoor ag (or any kind of agriculture really), it's abundantly clear: No one believes they have a profitable facility. No one believes they will have a profitable facility within the next five years."

According to him, everyone is worried that after 10 years their current facilities will be obsolete. Everyone is worried they are competing with every other leafy greens grower who is desperate not to lose market share. Consumers don't really care which salad pack in the supermarket they grab. Everyone is waiting for the other shoe to drop. No one has ever convinced a table of folks (that I've been sitting at, anyway) that everything is fine.

"What's worse is that we're past the time for folks to build old-school companies like this — where energy use is not discussed, and where the same-old, same-old disposable plastics are treated as 'fine'. Where perpetuating a broken food system is 'fine'. It's the wrong model for building the future.

That does not mean all of these companies will crash and burn. But it does mean the eventual outcome (after rollups, and private investors sell to other private investors, and mergers and SPACs and direct listings, and initially-promising IPOs, and things like that) is probably not-very-exciting mature companies that are valued very much like traditional farming operations (hint: not like tech companies)." 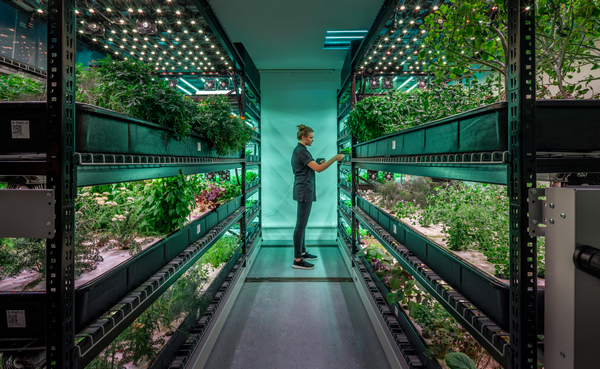 But maybe there's another way.
"If the recent IPCC report about our climate emergency and heartbreaking personal stories about our plastic waste crisis have not convinced you yet, this is the year in which we have to get serious about making big changes. Our food system is part of that, and the supermarket is a huge part of that food system. We need to come up with another way," Rob claims.

He continues, "I'm not saying that we need to ditch supermarkets entirely. But I think we should be questioning the externalities of a food system so heavily biased towards the supermarket because that system diminishes the kind of positive innovation we need to combat our climate emergency and eliminate plastic waste. It encourages bigger-is-better at all costs."

To create a true circular economy, Rob notes, we need smaller local systems where materials can be re-used, and where we make a culture of re-use the default. To encourage a return to biodiversity in our diets and in our fields, we need to democratize the food supply and give smallhold farmers a chance, and consumers a choice.

"For example, on our small farms we've grown over 700 different varieties of leafy greens, herbs and flowers to date, and just a mile away, Oko farms grows a huge range of produce directly connected to the folks that make up our communities in Brooklyn. To make the fascinating and delicious diversity of every culture's food available to all, we need to move away from a system where stores still have 'ethnic' aisles. To responsibly transition to more vertical farming, we must use renewable energy to power farms, and we must be transparent about energy use."

Vertical farming makes another way possible
Rob affirms that the truly exciting thing about vertical farming is that it allows us to break away from the old supermarket-and-large-farm system. It allows for farms to be built almost anywhere. It allows farms to be built right next to where we live, in cities, in existing buildings. It allows for the culture of food to come back into our communities. Because food is grown close by, it can be harvested and delivered almost immediately to people who understand the farm and have complete access to it.

"This is happening in New York, but it's also happening in Hong Kong and in London and in Singapore and in a thousand other places. It requires imagination and creativity and grit, but it is possible. All of the above are scalable solutions because it's not the physical size of individual farms that makes businesses scalable, it's creating business models that work. Profitable farms are possible at many scales."