Researcher seeks to minimize loss of fresh fruit and vegetables

University of Saskatchewan PhD candidate Nazanin Charchi and her research team in the Department of Biological and Chemical Engineering are investigating how to minimize losses of fruits and vegetables by regulating emissions of ethylene in controlled agricultural environments.

Each year, more than one billion metric tons of fruits and vegetables are harvested globally to feed the world’s population of people and animals. There is, however, produce that is not consumed. What about fresh food that is sitting in a greenhouse or storage environment, waiting to be distributed to other locations?

These food resources can cause significant environmental effects. The carbon footprint of food produced and not consumed has been ranked as the third top greenhouse gas emitter.

Ethylene
“The annual loss of fresh fruit by ethylene damage is estimated at 30 per cent, and vegetable losses reach as high as 40 to 50 per cent, leading to considerable economic loss,” Charchi said.

Ethylene plays an important role in greenhouses, storage and warehouse facilities. It’s used as a plant hormone to speed up the growth and ripening process in greenhouses or growth chambers.

However, after a certain level of exposure, ethylene causes physical and chemical changes in fruits and vegetables that result in quality and production losses before and after harvest.

“Despite the significant progress in increasing food production at the global level, approximately half of the population in developing regions does not have access to adequate food supplies,” Charchi said. “There are many reasons for this, one of which is food losses in the post-harvest and distribution network.”

With the scientific support of the Canadian Light Source (CLS) and synchrotron facilities on the U of S campus, Charchi and her team have developed a “state-of-the-art technology for the removal of ethylene from air with minimum energy consumption.”

The process can convert ethylene emissions into CO2 and H2O at room temperature, effectively purifying the air surrounding fresh food — a process referred to as advanced oxidation. The team estimates that using their process to preserve fresh produce would reduce air treatment costs by 40 per cent. 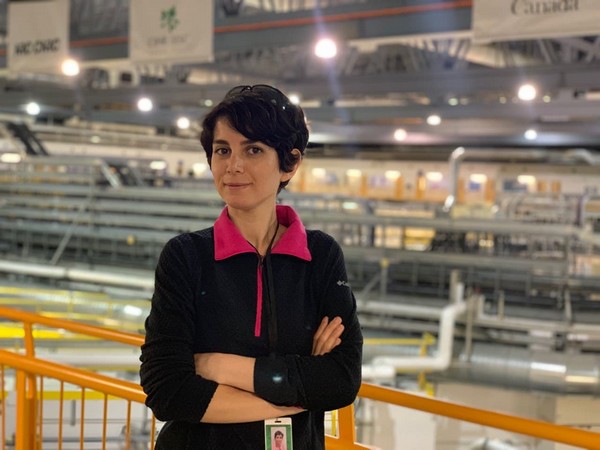 The team is working with CLS to build an ethylene-removal unit for installation in fruit and vegetable growth chambers and storage facilities. They hope to commercialize their ethylene-removal process and operational unit for global use. Smart-farming and the development of indoor ecosystems is the future of food security, Charchi said.

“Because of increasing population and environmental instability, providing a more stable, sustainable, and predictable food supply is a critical issue, especially for countries with a harsh climate condition.”

Developing technology that can support high levels of automation and reliability in farming activities will ensure agricultural production continues amid shifting environments and the effects of climate change that threaten food security.

It is also possible that similar processes could be developed in the future to remove mold, bacteria or other substances from produce storage areas, along with ethylene.

“By considering the amount of water used to grow these agricultural commodities and the greenhouse gas emissions this (process) wastes, it is crucial to reduce post-harvest fruits and vegetable loss,” Charchi said.