Aimed at helping Texas’ producers of fruits and vegetables with enhanced nutrition and value, Texas A&M College of Agriculture and Life Sciences Department of Horticultural Sciences will be led by Amit Dhingra, Ph.D., who successfully forged relations with pear producers and other agriculture stakeholders at Washington State.

“We are pleased to have Dr. Dhingra join us,” said Patrick J. Stover, Ph.D., vice chancellor of Texas A&M AgriLife, dean of the College of Agriculture and Life Sciences and director of Texas A&M AgriLife Research. “Not only does he have experience helping producers identify value-added opportunities, but he is a highly published author with an interest in entrepreneurship. We look forward to his help as we strengthen industry relationships throughout Texas and continue to add economic value.”

A passion for seeking value-added opportunities
At Washington State University, Dhingra served as interim chair and professor of genomics and biotechnology in the Department of Horticulture. He also served as chair of the Entrepreneurial Faculty Ambassadors Program. His research program focused on biological processes in plants relevant to the current and future needs of agriculture.

“One of the coming goals will be to continue the good work that has been done by the department faculty and staff, expand upon that work and, at the same time, support the Texas agriculture industry,” Dhingra said. “We want to factor in on emerging situations where we can become better stewards by entering the conversation with science and education to further support farmers and the industry as a whole. We are looking to add economic value, while bringing science to bear.” 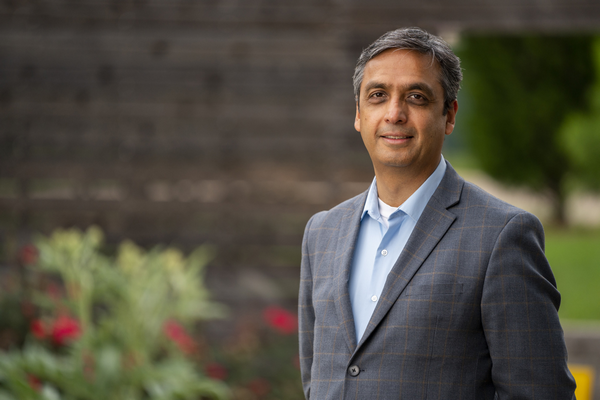 For example, Dhingra said he is eager to see the translational research for various crops come to fruition, especially those pertaining to grapes. He said there is opportunity to further grape production in Texas, helping ignite an already growing wine production segment.

“Some of the work that we might be doing with grapes, specifically drought- and heat-tolerant traits, could translate to other areas such as rice,” Dhingra said. “We will always be looking for those opportunities among various crops.”

In his new role with the Department of Horticultural Sciences, he hopes to further prepare Texas A&M undergraduates for the job market to become future agricultural leaders. Dhingra said he will also be looking for opportunities within the department for strategic investments, including future hires to help further emerging needs both academic and in the agriculture industry.

As a respected researcher, he has published more than 77 high impact peer-reviewed journal articles, he serves on the editorial board of four international plant science journals and has been awarded three U.S. and international patents on regulating ripening in fruits to reduce post-harvest wastage. Dhingra’s research has been featured in the New York Times, The Atlantic and several other news outlets.

Dhingra serves as the chief scientific officer of Ag Energy Solutions, which developed efficient and carbon-negative biomass processing units that sequester carbon and improve soil health along with producing clean energy. He is also currently involved with Moolec Science, a plant-based, alternative protein production start-up, as a chief scientific officer.