The number of mergers and takeovers in the greenhouse horticulture sector is set to rise sharply this year and in the coming years. The number of private equity parties entering the sector will also rise, although there are more options for growth. Including for growers, who in comparison with the high number of takeovers in the horticultural technique sector are currently somewhat lagging behind, certainly in the Netherlands.

That is what Frank de Hek and Felix Snoeck Henkemans, horticultural specialists at Oaklins, tell us. For a short time last year, they saw stagnation in the number of mergers and acquisitions, but after a short COVID-19 shock, the market has regained its momentum. 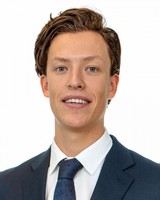 "In the first six months of 2021, we saw a lot of movement in the market," says Felix, one of the horticultural specialists at the global financial consultancy, which has a branch in Amsterdam in the Netherlands. "We see this as a confirmation of the main drivers of the ongoing consolidation of greenhouse horticulture."

In doing so, Oaklins points to the growing world population that needs to be fed, land scarcity, water scarcity, increasingly stringent environmental regulations, a rising demand for sustainable and traceable, the demand from supermarket chains for higher quality product, continuously, as well as technological innovation.

Takeover waves
The news of companies merging or taking over each other followed immediately in quick succession in the first months of this year. Then, by the summer, it was back to normal and companies were tripping over each other, often announcing takeover news.

Many horticultural technology players in particular are on the move. They are all looking for a way to remain competitive in a growing world market. Although growers are also continuing to grow both nationally and internationally, they are still often doing so by buying greenhouses or complete businesses from colleagues without the intervention of investment parties. "But in North America, for example, you can already see many investment companies partnering with growers."

Felix explains that mergers, acquisitions or attracting investments and investors often happen in waves. "That's because the frontrunners who take steps shake everyone else in the market awake again, causing them to think about taking steps as well. The result is that it then becomes busy again and there are plenty of discussions."

Even in the middle of summer this year. "You see that there is still some uncertainty because of Covid. Parties still want to complete transactions and continue to hold talks, whereas it is normally quieter in the summer. In addition, international parties are finally able to travel more easily, although it remains to be seen whether this will continue next autumn. And the banks are now open to new customers, whereas they weren't for a while last year. This means that many parties feel that now is the time to make a move." 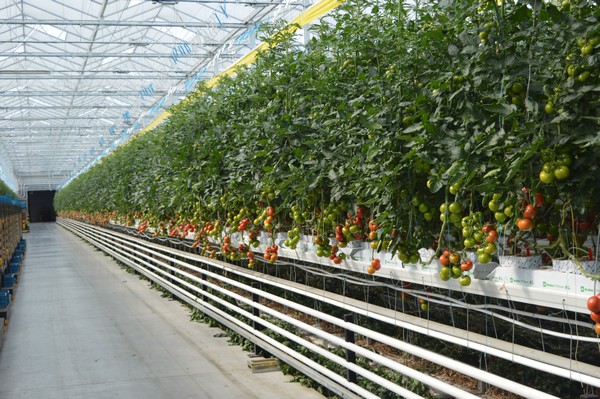 Sales climate
That last statement may sound as if the purchasing party has complete control. However, that is far from being the case at the moment, Felix says. "We are currently seeing an attractive seller's climate. That is because there is a lot of money in the market at the moment with low interest rates and it is easy to raise finance. Many investment companies have what we call 'dry powder', i.e. their 'bags of money' are full and parties are keen to invest that money in horticulture."

Now, horticulture has traditionally been a volatile sector. And still is. But while that used to deter investors from investing in horticulture, that is now a thing of the past. "Investment companies can now see through a little volatility. They have an eye on the horizon and want to grow towards it together with companies."

This results in investment parties knocking on the doors of growers and technology companies. However, these days the latter have a choice and many investment requests are not born out of necessity, but out of ambition. "In our experience, it is therefore not the case that companies simply say 'yes' to the first available offer. We notice that selling companies often come to us for advice and to assist them in choosing a partner. The fear of having to completely hand over the business is often no longer justified. There are still turn-around investors who thoroughly shake up companies that are not running well, resulting in many staff changes, among other things. Nowadays, however, you much more often see parties who have a supporting role, so that companies do keep control." 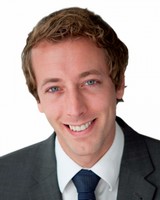 Investing in local, both for cultivation and technology
Oaklins expects the greatest international growth in high-tech greenhouse horticulture. Frank de Hek, head of the horticultural team that operates from offices in the rest of the world as well as in the Netherlands: "Although low-tech is making a strong contribution to market growth worldwide, high-tech greenhouses ultimately deliver the most benefits if you look at what is driving the growth trend. Nowhere can you grow as much as in cultivation facilities with the most modern techniques."

However, so much expensive technology comes with large investments. This is one of the reasons why wealthy parties, increasingly from outside the sector, are entering the market. Felix: "Parties like these have the financial strength to help companies invest. They see that these investments will eventually pay off. After all, the demand for local food is increasing worldwide. And in relatively new crops such as cannabis, soft fruit and lettuce grown on water, investors see margins. Worldwide, an estimated 62% of the greenhouses are used for this purpose, but companies in the ornamental plant cultivation sector, which accounts for 38%, are also benefiting from the growth trend."

Frank points out that it is precisely players that now operate or can operate outside existing markets that can grow significantly. Felix adds: "We are talking about geographical markets where horticultural technology players are looking for a local presence. In this way, they want to benefit from the expected growth in horticulture in countries with the desire to become more self-sufficient.

That is why you see many Dutch market players now thinking about setting up local sales offices. Or about making (small) acquisitions of fellow companies abroad. For this, they are sometimes looking for financial strength and therefore investments or a partner who can help them take new steps. We expect this to become increasingly common in horticultural technology in the near future, following the example of what has already happened in the world of plant breeding." 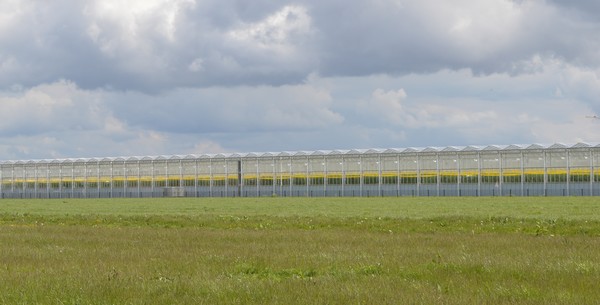 When will growers follow?
Oaklins closely follows developments in the international horticultural market from some 70 offices spread over 45 countries. A few times a year they also issue a report on this, such as an earlier report on growers scaling up from 2019 and this spring on horticultural technology. The developments in the technology market in particular raise the question of whether growers will also follow suit with mergers, acquisitions and attracting investors and investments. Felix expects that they will, but it remains to be seen whether they will do so at the same pace as horticultural technology.

"Growers who want to grow can choose to expand, buy greenhouses from colleagues or take over an entire company. What a company wants differs greatly. It is always a matter of weighing up what will yield the best return or fit in best with a business strategy. Certainly with growers who already have an investor on board, you see that they are explicitly working towards a vision, a point on the horizon. Where growth is concerned, growers have an easier time than in other sectors, simply by expanding the number of glasshouses.

What currently still makes growers, at least in the Netherlands but also in Belgium and sometimes elsewhere in Europe, 'lag behind' when it comes to acquisitions by investment parties is that they are often still companies that are heavily dependent on one or a limited number of people in their business operations, Felix notes. "An investment party looks for continuity and if a company is largely dependent on, in this case, one grower, then that is a risk. The same also applies to the necessary horticultural technology parties. That market is also fairly fragmented here."

The afore-mentioned developments in the market mean that with every new acquisition, companies are once again questioning themselves about what they can do themselves. That need not always be a takeover, merger or attracting an investment party. However, in anticipation of what's to come, there is no harm in ensuring that a company's management framework grows with the market. Felix: "That always makes a company stronger. But it's not a deal breaker for investors if a company is still dependent on one owner. You do see that good agreements have to be made to guarantee continuity in the first years after the investment or acquisition."

Foreign influence
As well as the aforementioned concern about losing control, there are also concerns in the sector about the increasing influence of large financially powerful parties on Dutch horticulture. Are these parties gradually taking over the sector?

Felix does not see this happening just like that. "Many Dutch companies which take the step still prefer to use Dutch investment companies. If only because it is easy to drive to their headquarters for a cup of coffee. But of course we also see many international parties active, sometimes with a clear added value on top of the money they bring in. Think of technical knowledge from sectors such as the automotive industry. Foreign investors are therefore not necessarily 'bad' for Dutch horticulture. Although it is still often the case at present that many Dutch companies are not yet as large in size and are therefore easy for investors from here to handle."