“Most container farms have systems that are plastic-based, which is not the direction we wanted to take,” says Marcin Firla, co-founder and COO at BMGreenish.

BMGreenish is a Polish agtech company offering a turnkey container farming system to facilitate year-round production of produce and reduced reliance on imported commodities. According to the company’s website, BMGreenish’s container farms require only 1L of water per head of lettuce produced, whereas field-grown lettuce requires 250L. The company also strives to be carbon neutral and does not use any chemical plant protection products. 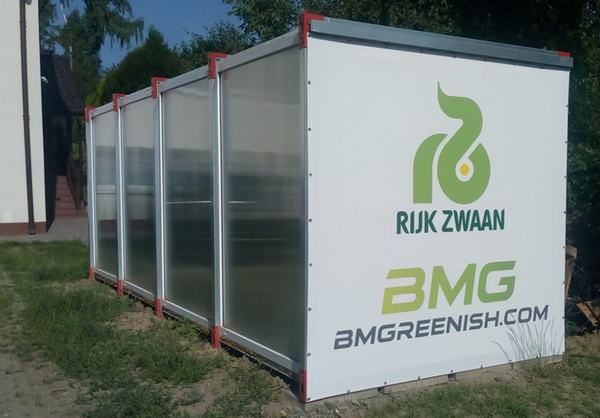 Plastic-free
While there are other companies in the world offering container farmer solutions, BM Greenish opted to develop their own system for two main reasons. First of all, the price of commercially available turnkey container farms is rather high, whereas BM Greenish wants to deliver an affordable product so that the technology can be more accessible.

Also, conventional indoor farming systems rely heavily on plastic which has a relatively short lifespan in the farm and has environmental consequences. BM Greenish has devoted itself to developing environmentally-friendly growing systems that minimize the use of plastic and opt for materials with a long lifespan, such as stainless steel. 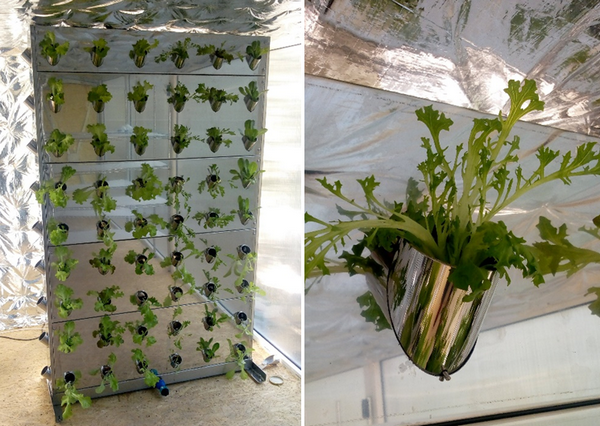 “We’re trying to carefully choose materials and reinvent the wheel to avoid plastic use. Stainless steel costs more in the beginning but lasts forever so you won’t need to replace it, unlike plastic,” explains Bart Burkowicz, co-founder and CEO.

BMGreenish has developed a stainless-steel growing system, with its freestanding panels holding multiple metallic sleeves into which the seedlings are inserted. Another differentiator of BMGreenish’s system is its three insulated walls and one wall of thick polycarbonate, allowing the structure to capture sunlight and reduce the demand for supplemental light. The inside of the container is covered with reflective sheeting to improve light use efficiency.

“With an insulated container that has a wall of thick polycarbonate, you’re not losing as much heat in the wintertime as a greenhouse would and you’re spending less energy to light your light than in competitor container farms,” Bart says. 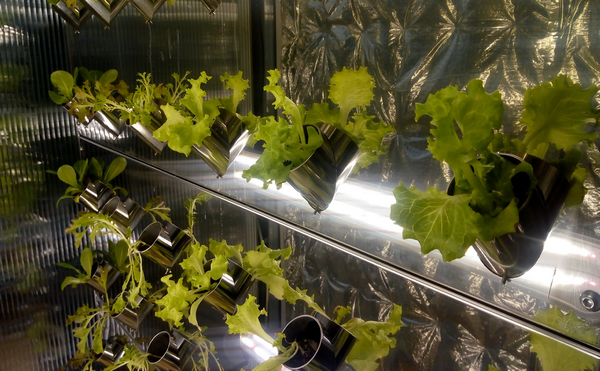 Reaching Polish consumers
The Polish indoor farming industry is emergent at most, with the general population preferring low-cost produce to locally and ecologically grown greens. However, the imported produce found in Polish supermarkets travels long distances during which it loses quality. BM Greenish is thus quite focused on increasing awareness among Polish consumers but is also ready to work with international partners.

“We would like to get involved in the Middle East or other regions where the environment presents significant challenges to production. Our containers are almost independent of what is outside of the farm, so you can grow anywhere,” says Marcin.

BMGreenish has been funded solely by the founders but is looking for investors to continue advancing its container farming solutions.