Spain: There’s lack of information on how nutritious microgreens really are

“Microgreens in Spain are still only used by restaurants, mostly as decoration,” says Francisco Quinzan, founder and CEO at Vivegreens. Vivegreens is located in the middle of Vigo, a city based in Galicia, in the Northwest of Spain.

The products are supplied to local restaurants and local vegetable dealers. “Unfortunately, there is a lack of information about the nutritional values of these little plants which is very important. Once people get more familiar with this product it will open a new and bigger market.” 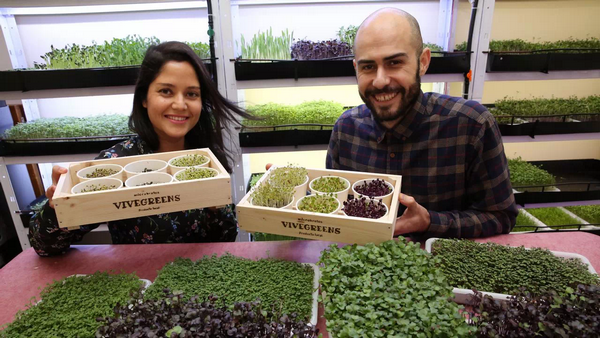 The ‘green movement’
Over time, consumer trends have changed in terms of awareness of what people are eating, says Francisco, and how these foods were produced. “Nowadays, people are really conscious about it. We’re very aware now about cruelty, water- and food waste, contamination, local production, fair trade, clean energy, you name it. Therefore, vertical farming provides a better alternative for growing food in a very clean way.”

Given Spain is mostly focused on traditional ag still as it’s a huge industry, the market isn’t ready yet to accommodate vertical farming, says Francisco. Luckily, universities and R&D centers are showing their interest in this kind of farming method. It might have a lot of future potentials, but today, it’s slowly starting to get attention.

Francisco says that they're targeting everyone interested in vertical farming at this point. “From engineers, farmers, architects, agronomists, to the scientific community. As well, investors who see the potential of vertical farming for the next few years.” 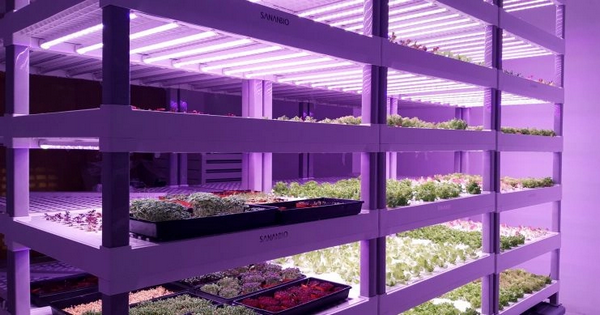 Bringing locality back
In the beginning, Vivegreens started off with microgreens as the founders liked the taste of it, the nutrient density and they loved the way these greens are growing. However, what started as a hobby, turned out into a growing business. As Francisco explains, the microgreens weren’t easily found in local supermarkets so he approached restaurants to see what their take on these greens was.

Later on, he found out that microgreens were mostly purchased outside of Galicia. There was a huge need for local producers from restaurants. Therefore, the opportunity arose to offer local microgreens which they soon presented to restaurants. 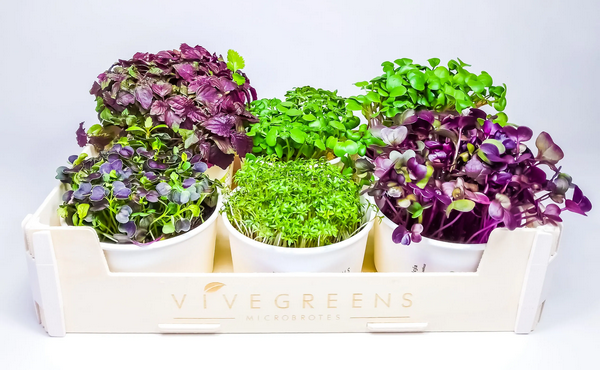 Struggles in origin phase
Francisco says that beginning growers should study a bit of everything. Knowing a bit of electricity, a bit of building, a bit of plumbing, a bit of chemistry, will help to optimize your farm. He advises getting in touch with people who know about these subjects otherwise. “There is so much to develop in this type of agriculture that there is a huge field to experiment and try new ways of doing,” he notes.

A diverse portfolio
Ever since they started three years ago, Vivegreens has been dedicated to microgreens. The company works with more than 20 microgreens varieties. From the common ones such as radish, arugula, mustard, coriander, pea to varieties more peculiar, such as huacatay (a plant from Peru), carrot, shiso, among others. 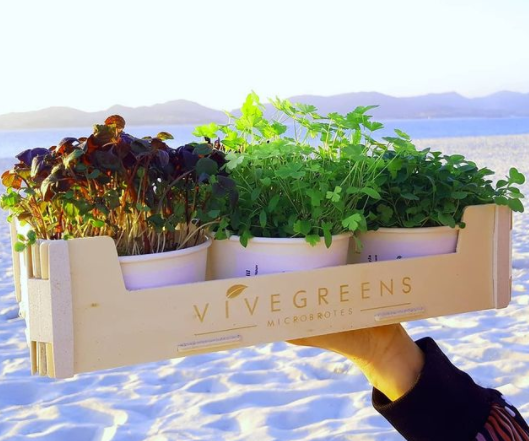 Vivegreens offers a mix of microgreens which is called the ConfetiMix. However, they also offer the varieties themselves separately. But this year, in fact, a couple of months ago, we acquired 12 modules and we are doing testing with baby plants and full-size vegetables.

Besides our direct selling to restaurants, Vivegreens sells directly via their website, the company offers different packs of six microgreens, called micro-farm. The plants can be reused in order for people to take care of their own plants and it is a good option as a present.