“When looking for fresh herbs in the supermarket during the winter, I noticed they were imported from Kenya, so on my way home I decided I should try to start growing them myself at home,” says Michael Skaret, founder and CEO at Nordamark. 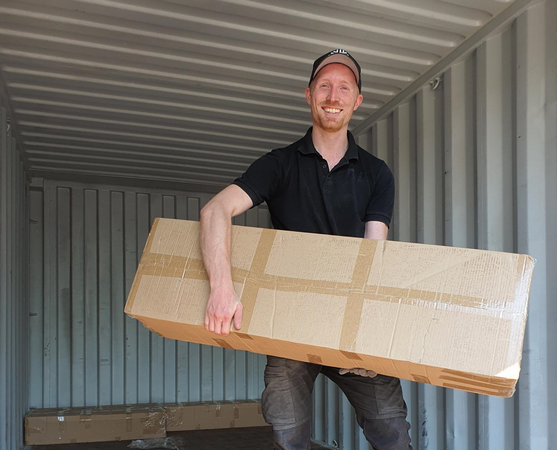 Michael started out growing microgreens for colleagues and friends, for a hobby, but soon he started to take it to another level. Nordamark, a vertical farming company based in Sweden, moved into a bigger growing facility to meet the growing product demand. After trying to find suitable commercial growing systems for larger production, he realized that many didn’t meet the requirements.

Need for large-scale systems
This resulted in Michael trying out some things by himself. After developing a functional prototype within a year, the new system was ready to be used in the facility. Michael says that it worked very well after a few months of testing and refining the processes.

The founders started blogging about growing microgreens with their self-made system. Soon after that, they started seeing more and more interest from growers on their socials. Therefore, they slowly started to switch from supplying microgreens to the catering industry, to supplying growing systems for microgreen growers (mainly).

Restaurants and chefs occupy about 95% of Nordamark’s end-user clientele. Michael explains that many leafy greens growers are adding microgreens to their portfolio to have a wider product range. “Besides that, microgreens grow fast, have a good margin and are easy for new growers to get into. The growing system was created with this in mind to allow a new grower to start out small and expand it bit by bit to something larger down the road if they want to.” 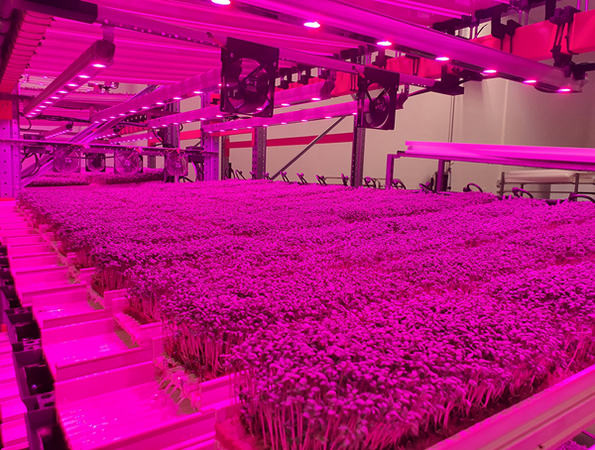 Big-scale hurdles
Growing microgreens small scale is relatively easy, according to Michael. However, when scaling up it becomes harder. Because of how microgreens are grown it also creates a perfect living environment for fungus and mold if you are not careful. Many other parameters also need to be considered like work efficacy, watering, growing media, etc. in order to also get a profitable business and not just a hobby.

He adds, “The system we developed, was to make it easier to start, scale and help the growers through every process because we’ve been there. Nordamark has supplied up to 35-40 small to medium-sized producers until now and many more producers are already on their way or are planned for, both big and small. Michael notes, “At the moment we want to focus on one thing and do that thing really well, and maybe, later on, we can expand to other areas. There are a few challenges at this time, firstly getting the parts and components needed because of COVIDs effect on logistics and secondly more time, in order to do everything we want, faster." 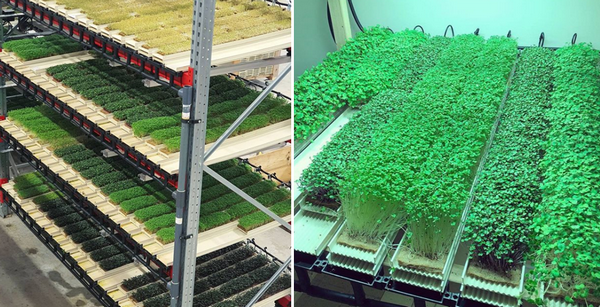 Nordamark is now aiming to get the larger planned projects on their way. Other tasks such as improving the information on all processes needed for production in more formats than only text is crucial to make it easier for the users. "Our goal has always been to make sure the growers can have as much success as they can because if they are succeeding, we will succeed with them. However, the company is sprightly about the future for microgreens in Sweden, but also for the rest of Europe," says Michael. Plans for expansion are in the works and he has started to look for people and individuals that are interested in helping the business grow.