“I’d like to see the indoor farming industry include the ecosystem of waste and develop robust, biodiverse systems,” says Ketil Stoknes, a biologist and ecologist from the University of Oslo specializing in the integration of waste into controlled environment agriculture.

During his TEDx presentation published online in June 2021, Ketil posits that the indoor farming industry would benefit from exploiting the potential benefits of biodiversity in indoor farms. The conventional indoor farming model places a strong emphasis on maintaining a sterile environment to prevent outbreaks of pests and diseases. But as Ketil explains, total sterility in indoor environments is impossible, as is demonstrated by the development of biofilms on hydroponic equipment. 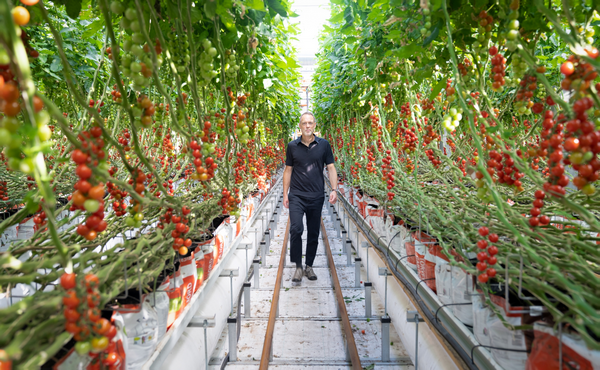 By integrating biodiversity into the indoor farming environment through organic substrates, digestate-based fertilizer and the introduction of beneficial organisms, Ketil explains that indoor farms can achieve a higher resilience to the unavoidable presence of pathogens.

“Many vertical growers are already experimenting with beneficial bacteria to improve crop health and prevent disease. I believe that a compost-based system already has the perfect balance of beneficials and provides a dynamic pool of macronutrients,” explains Ketil.

True circularity lacking in vertical farming
Many indoor farms list circularity as a guiding principle, which focuses on closing loops in the system to reduce both inputs and outputs. According to Ketil, true circularity cannot be achieved while keeping earthworms and microorganisms out of the farm as these organisms are key to the treatment of crop waste. Technologies have been developed to collect digestate from food waste and extract the solution’s macronutrients, but even this process could be simplified by removing the extraction process and focussing on the natural organic degradation processes. 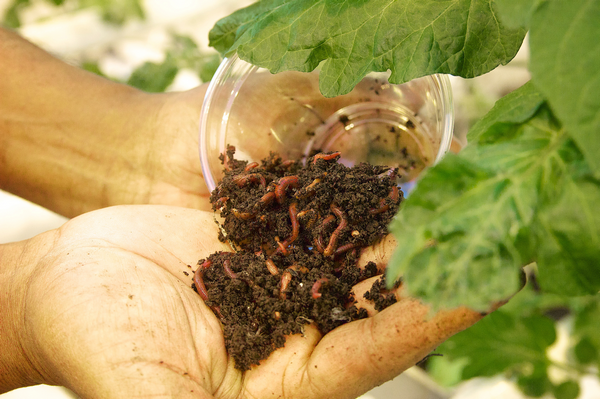 As Ketil notes, “why not do it like nature does? Nature has efficient ways of dealing with waste. With a compost-based system, the dynamic pool of nutrients makes fluctuations less severe and allows the system to handle fluctuations more easily. And the presence of beneficial organisms reduce the chance of pathogens taking over.”

Bringing growers closer to the crop
Introducing biodiversity to indoor farming would also result in a more “natural” production system, according to Ketil, as opposed to an image of fully automated systems with the few workers there wearing PPE from head to toe.

“I hope that with more biodiversity in these systems, it can create positive psychological impacts and people can again become part of food production. The point of urban vertical farm shouldn’t be only to produce a high yield but also to connect people with nature,” says Ketil. 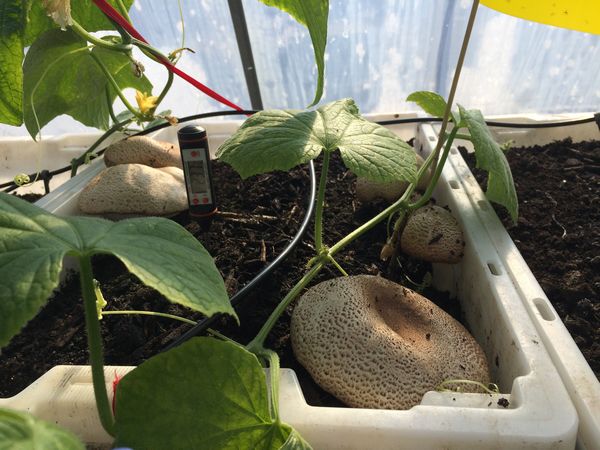 Multiple income streams possible with biodiverse production
During his research, Ketil studied the benefits of biodiverse horticultural systems at a 1,000-square meter greenhouse connected to a biogas plant, the Magic Factory. When growing tomatoes, the team did not achieve the same yields as a commercial tomato greenhouse but found that the slightly lower yield may be acceptable to consumers due to improved product quality.

“We received comments about our tomatoes having a better taste and longer shelf life. Aside from tomatoes, we also sell nutrient-rich soil that has benefited from earthworms and beneficial microorganisms. So we are producing more than just a crop, but also a good soil,” Ketil says.