The plans for a research center for horticulture in Roeselare were as impressive as it gets when located on top of the REO Veiling crate shed. And the rooftop greenhouse that was eventually built is certainly equally impressive. Agrotopia was officially opened last Friday. The 9,000m2 roof greenhouse, which cost 15 million, is the largest of its kind in Europe. "The rooftop greenhouse will be a driving force for innovation in the sector," says delegate Bart Naeyaert.

View the photos of the roof greenhouse here. 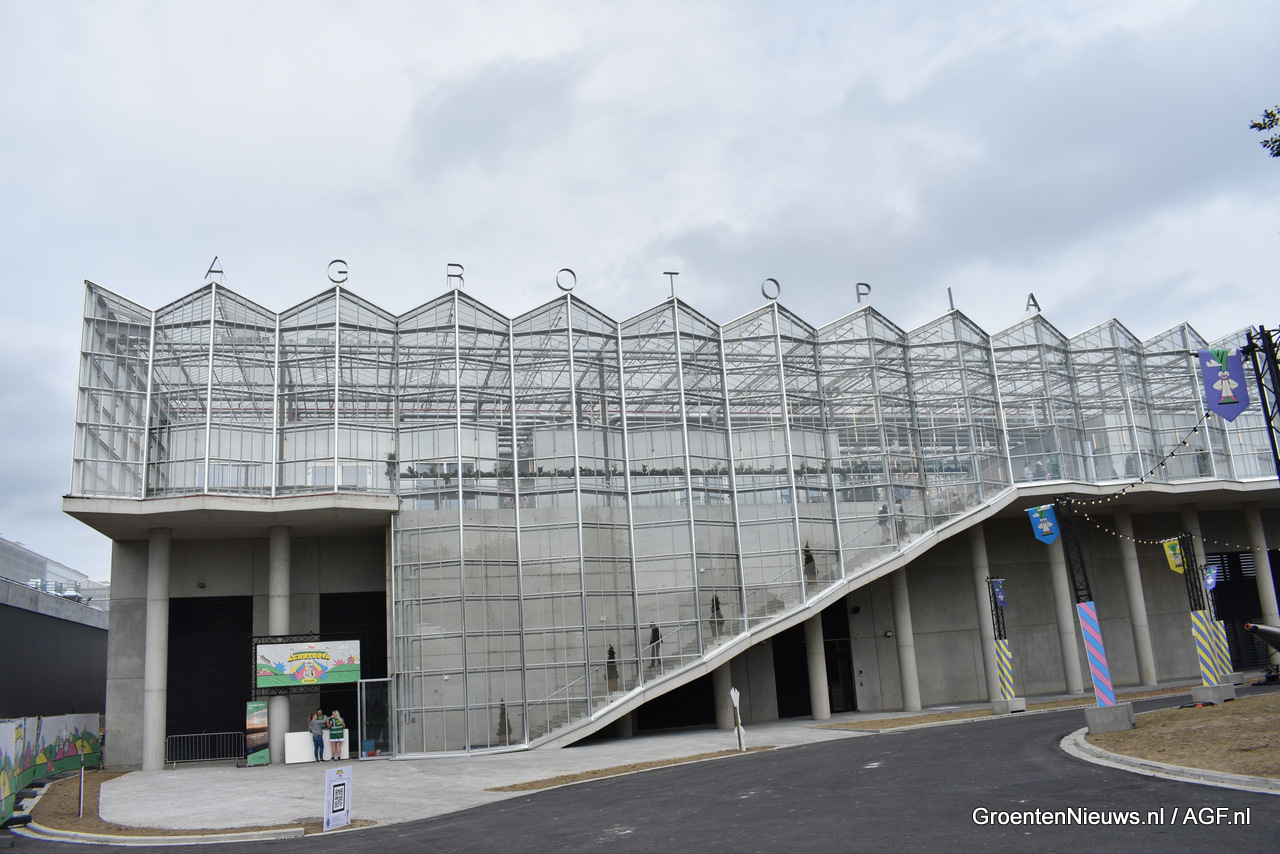 Horticulture closer to the city
West Flanders is not only the most important agricultural and horticultural province of Flanders (accounting for almost 20% of the turnover in this sector), the region around Roeselare is also called "the vegetable garden of Europe". One-third of all frozen vegetables sold in Europe come from the region. REO Veiling, the second-largest fruit, and vegetable auction in Flanders, also foresees an important market for vegetable cultivation. The fact that Agrotopia was built in this region is, therefore, no coincidence.

"REO Veiling had the idea of bringing horticulture closer to the city," says a proud Bart Verhaeghen of Inagro. Because the greenhouse uses heat from an incinerator nearby, the city and the greenhouse are physically intertwined. But there is more to it than that. Bart explains that the greenhouse aims to bring horticulture and society together. "With a greenhouse in an urban context, more is possible in that respect than in the countryside."

The next ten days, during the Festival of the Future, will kick off with more than 1,000 children visiting. With festivities and theatre, youth and adults will be triggered to take a look at how the horticultural sector works. "This is how we inspire the youth and the cooperation between schools, horticulturists, and companies." Trials and research
At the same time, of course, the roof greenhouse is more than just beautiful. Behind the glass, important tests take place, Bart notes. Here, Inagro is taking steps towards the future of greenhouse horticulture and professional urban farming. "It is very much in its infancy, but we want to see if and how the future of cultivation will be on the roof," says Bart.

This involves practical research, and the greenhouse is therefore packed with technology. This way, innovative technologies can be developed in a realistic context. "The 9000 m² greenhouse, consisting of thirteen research compartments with high-tech facilities, enables innovative research at a European top level," expects the Inagro team. "They offer sufficient space to develop, test, and demonstrate new technologies in conditions comparable to real life.

Leafy crops and fruiting vegetables
The rooftop greenhouse is also Europe's largest for research into hydroponics; substrate cultivation. Not a grain of soil can be found in the 6000 m² cultivation area. Substrate cultivation offers the possibility of producing quality crops and reducing the environmental impact. It helps growers to meet current challenges inefficient growing practices, circular water use, and crop protection and provides benefits such as higher yields and ergonomics. 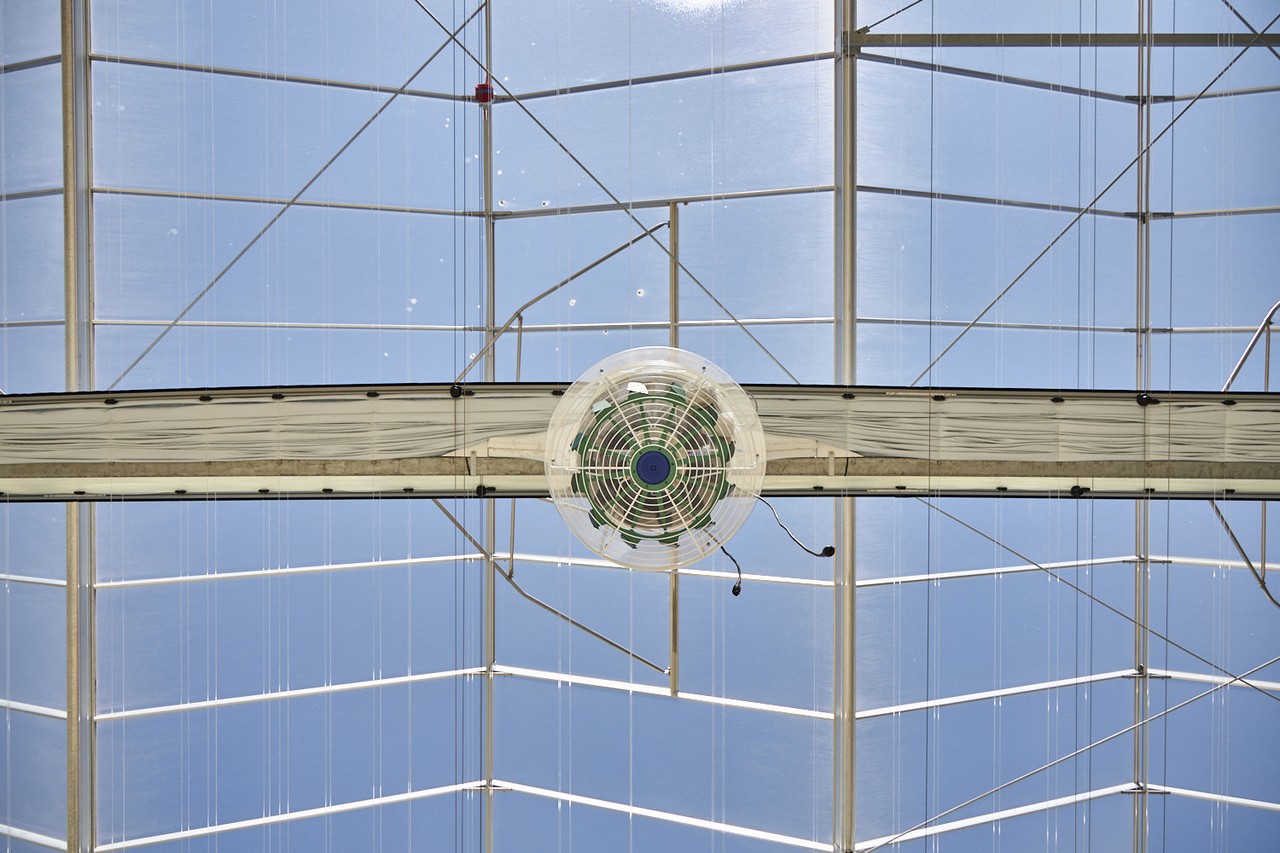 Multilayer cultivation
The flexible layout, including a gabled greenhouse no less than 12 meters high, allows experimentation with optimum use of space, growing in height, multilayer cultivation, various types of growing gutters, and more sustainable substrates. Research is also being done into cooperation between horticulture and the city: for example, innovative water recuperation and reuse of urban residual heat.

With double screen cloth and ventilation jets, Inagro also applies the principle of 'The New Cultivation', where heating energy is used more efficiently. A climate computer automatically provides the crop in each compartment with its requirements for heat, light, and humidity. Agrotopia uses two external sources of heat: the combined heat and power (CHP) system of REO Veiling and the heat network of MIROM.

A closed water balance has also been created through recirculation. The basis for the feed solution is rainwater from the five large cylinders on which the façade greenhouse rests. A centrally located nutrient computer prepares the nutrient solutions, and a control computer for each compartment controls all the installations. With research into entomoponics, Inagro is closing even more cycles. Cultivation systems for growing vegetables and insects in the same environment must make better use of space and valorise residual flows from greenhouse horticulture as a food source for insects. 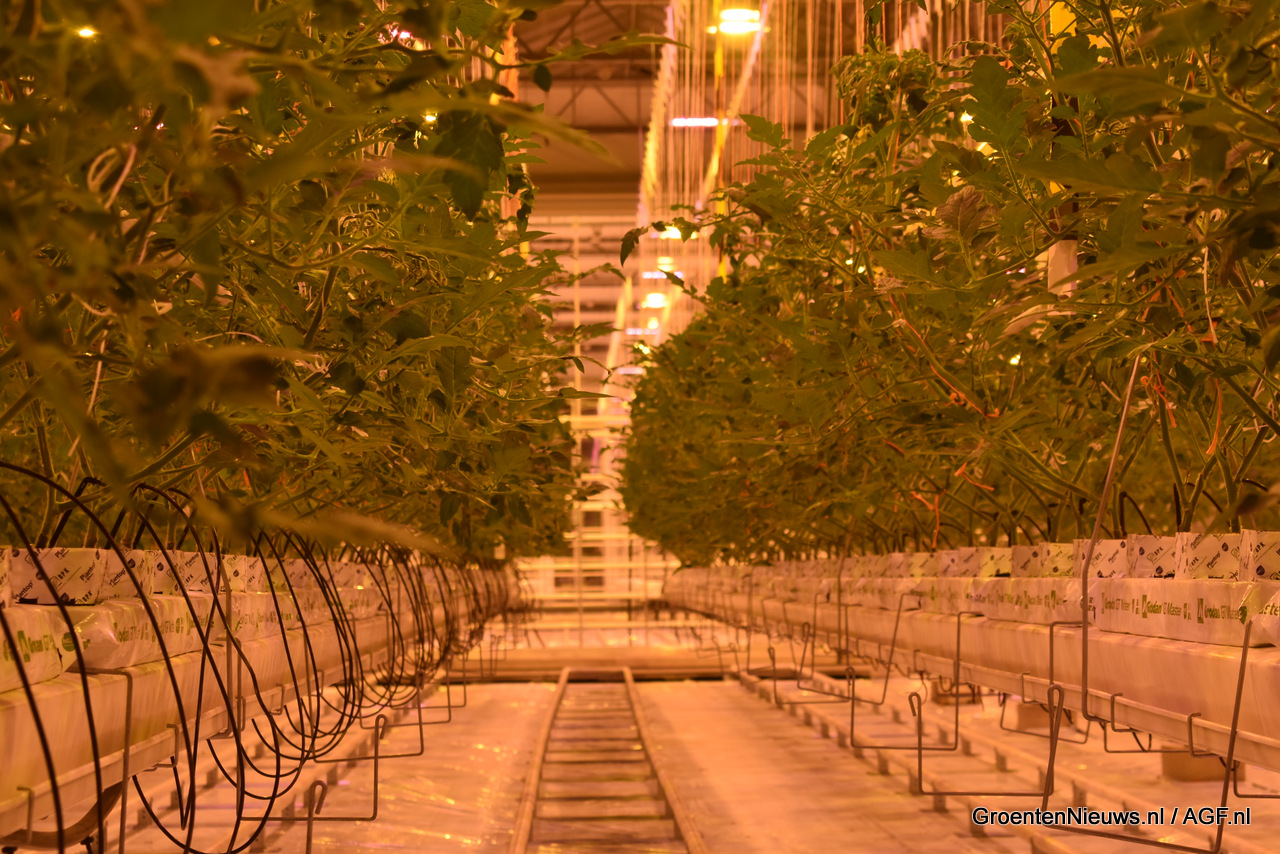 Demonstration
With its location near the producers and buyers of fresh vegetables, the rooftop greenhouse is also a hub for knowledge exchange and demonstration. An expo zone, demo set-ups in the cultivation compartments, the urban garden square, and the auditorium offer opportunities for this. Some ten companies are already present in the greenhouse to share their technology or knowledge with the sector. "Via visitor corridors, the public will also be given the opportunity to become acquainted with greenhouse horticulture. Mutual understanding between farmers and citizens is a prerequisite for giving agriculture every chance in the future," says Mia Demeulemeester. The provincial government is taking the lead in this by organizing 'Agrotopia, a festival of the future'.

Meeting place that invites co-creation
To increase the impact of innovation and optimization in the agricultural sector in West Flanders and beyond, cooperation with other players is essential. That is precisely why the roof greenhouse is designed as a meeting place for researchers, advisers, growers, knowledge institutions, authorities, and technology companies. The design integrates research, demonstration, and knowledge exchange in one greenhouse construction, designed by van Bergen Kolpa Architects an Meta architectuurbureau.