Bringing a form of vertical farming to Fribourg, Switzerland

“The main goal of greenioty is to promote better food production. We don’t aim to be the biggest producers in the country or even our city, but we’d like to influence local consumption by creating sustainable solutions for food production,” says Luca Autunno, founder of greenioty, an open-source vertical farm project based in Fribourg, Switzerland. The project currently includes an indoor production space where microgreens are produced for restaurants, as well as two outdoor NFT systems built during participatory workshops.

“This project was made possible by a social rehabilitation organization that owns two environmentally-friendly restaurants, a canteen and a meal delivery service. The organization was very motivated to collaborate with us and provided us a room for food production, financial support and much more,” says Luca. 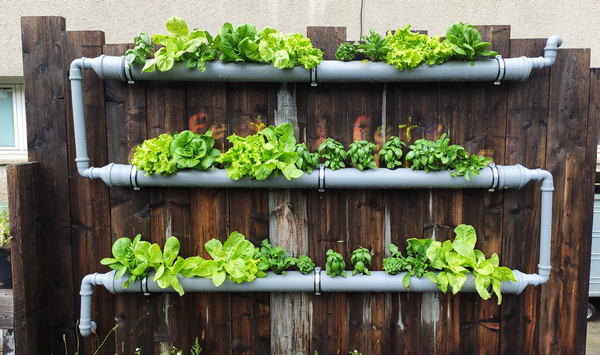 Greenioty primarily grows microgreens, which are delivered to the two restaurants previously mentioned. Lettuces and herbs are also being trialed in the systems and are either provided to the restaurants or given to the garden volunteers.

A good addition
According to greenioty, most of the fruit and vegetables in Swiss grocery stores are imported from Spain or Italy, for example, and are often not produced for the best taste or quality. Rather, these products need to meet transportability and longevity criteria, which often comes at the expense of quality. Due to this reality, vertical farming can become a good addition to the Swiss agri-food sector by providing the Swiss population with locally produced, fresh produce.

“From April to October, most of the fresh lettuce and leafy greens are coming from Switzerland but pre-cut salads are almost always imported. Even for leafy greens grown in Switzerland, the process can be improved,” explains Luca. 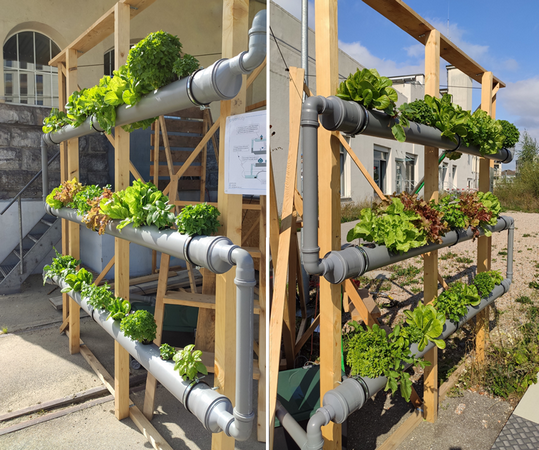 Why outdoor NFT systems?
While most vertical farms are in completely enclosed spaces, greenioty chose to build its two NFT systems outdoors to keep costs lows and ensure the project’s sustainability. Also, one of the outdoor systems is located at one of the supporting organization’s restaurants, which has a large urban garden. The NFT system was intended to be a part of this large garden, which is mostly used in the summer.

“Moreover, the main purpose of this system was to show another way of growing plants in this urban garden. The focus was never the “production”, so to speak,” says Luca. 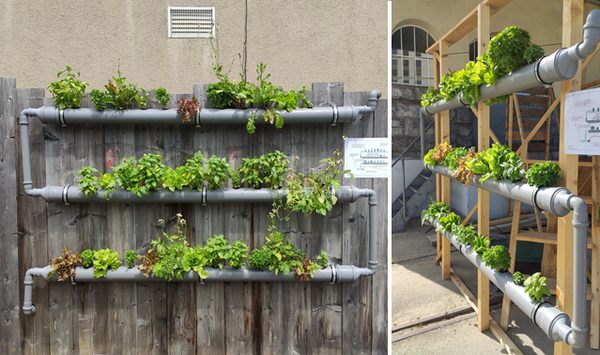 Moving forward, greenioty does not have a precise business plan but is open to providing hydroponic systems to home growers, private companies, etc. However, Greenioty currently remains a project above all else, rather than a company with long-term goals.

“As consumers, we hope to be able to eat more nutritious and tasty food without having to spend too much more money. As food producers, we hope to contribute to a sustainable, ethical and nature-friendly agricultural future. At greenioty, we thus hope to influence consumers, food producers, and people in general, towards a more sustainable food system by creating new solutions to produce food directly in the cities.”