NL: Opening of Delphy and WUR vertical farm in Bleiswijk

The Delphy Improvement Centre and the horticulture- and flower bulb unit with Wageningen University & Research had a vertical farm built. On Friday 1 October the farm was officially opened, with the ceremony being kicked off by jointly raising flags at the Horti Science Park in Bleiswijk.

Jan-Willem van den Beukel, councillor of Lansingerland, kicked off the opening. He praised the entrepreneurship of the region. "Entrepreneurship has been here from time immemorial. It's not surprising that the science of greenhouse horticulture originated here."

He also pulled some numbers: one out of three people in the region currently has a horticulture-related job. That truly says something about the importance of glasshouse horticulture here, according to the councillor. "Greenhouse horticulture plays a major role both within the Netherlands and worldwide. That, combined with the many signals the earth has been giving in recent years, means that there is a need for vertical farms." 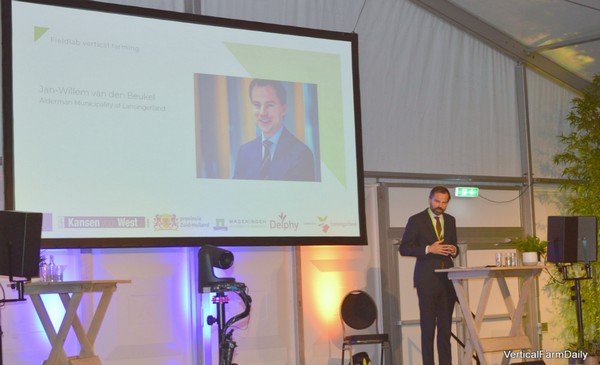 ‘Feeding and Greening’
Jolanda Heijstek, managing director at Greenport West-Holland, discussed the urgency and the need for 'feeding and greening' the world. The growing world population automatically leads to high-tech solutions, which brings us to vertical farming.

In the Bleiswijk field lab, hardware and 'humanware' are combined on a business-economic basis. The future-oriented research center is supported and financed by the European Regional Development Fund, the Province of South Holland, Signify, Loqiqs, Future Crops, Own Greens and Vertify.

Sjaak Bakker, on behalf of Wageningen UR, discussed the knowledge that will be gathered in the fieldlab vertical farms. "The information we'll obtain from them is not only interesting for the vertical farm sector, but taditional greenhouses will also start to benefit from this."

Aad van den Berg, managing director of Delphy Improvement Centre, is pleased that the facilities will further develop the connection to the international world of horticulture. "I've seen quite a few vertical farms around the world. What strikes me is that no one puts the plant first. It is mainly technically oriented. We see it differently; it's all about the crop in the farm. And we want the technology to match that. Not the other way around. This approach will lead to what the market demands." 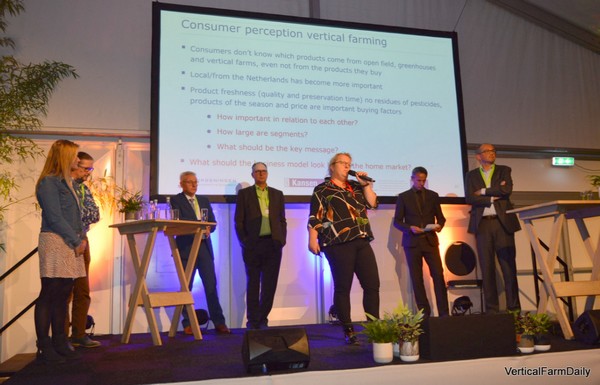 Gemma Tacken during her speech

Gemma Tacken, Wageningen UR, has done a lot of research into market demand. What is the need? Does the consumer and the chain understand what products from vertical farms have to offer them? "That is still a mission. It will be another challenge to convince them of the healthy character that nature has to offer us through these farms." 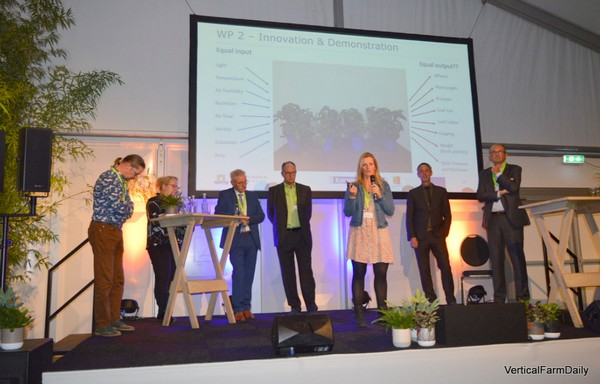 Monique Bijlaard, Wageningen UR, is working at the field lab with Innovation & Demonstration. "There are still a lot of questions. We expected that, of course. The first tests already proved it: two vertical farms with the same technique and input really produced a different crop." 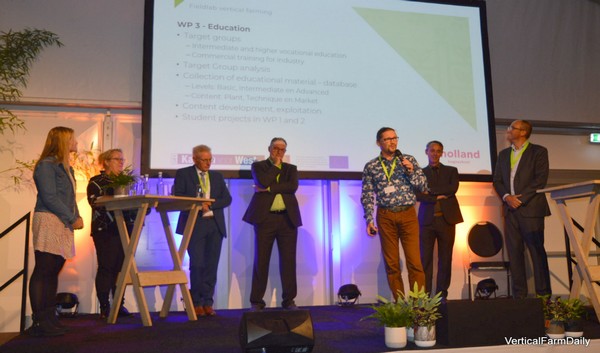 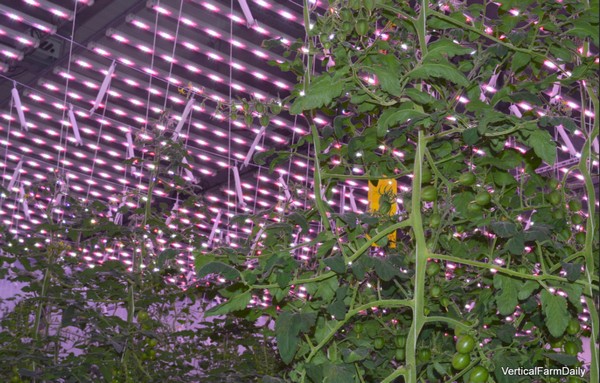 According to Delphy and WUR, it showed that there are still some challenges for this still-young form of horticulture. For example, little scientific research has yet been done to describe the true value of vertical farming in hard figures. This is partly because there is no question of standardization: no two vertical farms are the same. As a result, there is still plenty of room for optimization.