"It's all about measuring instead", says Lisanne Meulendijks (Delphy)

'Vertical farming isn't a one size fits all concept'

One of the vertical farming’s advantages mentioned often is producing crops anywhere around the globe, despite the local climate. Once the ‘perfect indoor growing recipe’ is found for a specific crop, it can possibly be copied anywhere. However, it has shown that it’s a bit more complex in reality. One, and the same growing recipe used in different systems and at various scales can create rather diverse results.

In a presentation at the Vertical Farming Conference, Delphy’s Vertical Farming Specialist: Lisanne Meulendijks explains how theoretical knowledge is gained at the Delphy Improvement Centre. This information can be translated into scaling up vertical farming. 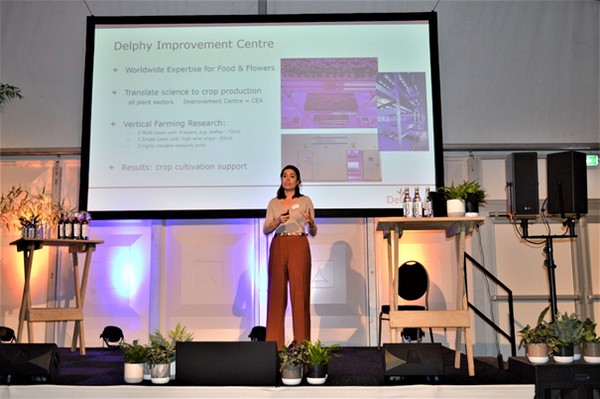 Growing recipes
“The technical design of a vertical farm has a huge impact on the final crop result. Many are talking about so-called ‘growing recipes’ that could be translated and used across the globe. However, a growing recipe is actually very vertical farm-dependent," Lisanne noted.

She explains, "During comparison trials, we agreed among participating parties that we would grow under the exact same climate strategy, the same irrigation strategy and the same lighting strategy. Later on, we started with the same varieties. Meaning that everything during the growing period was exactly the same.”

The Delphy team monitored the climate in the room and the crop's end result. Among the four different trial locations, huge differences were noticed in crop results. "Therefore, this trial showed that it really depends on the technical design of a vertical farm on how your crop result will be.”

Microclimate
The crucial question, according to Lisanne, is ‘why does that happen?’ “When monitoring the climate inside a growing room, it’s not just the microclimate (at room level) that is determining the crop growth.” Lisanne and her team noticed there’s a difference in-room climate and the crop level climate. That’s because the crop itself has a huge impact on the climate in the room. The crop transpires water from its leaves, which cools down the air directly around the leaves, and increases the humidity around the leaves.

Further on, Lisanne explains that the growing conditions around the crop are likely to be much cooler and moist when measuring inside the canopy. This is completely different, compared to what is actually happening on the outside, namely at room level. That is crucial because in the end the temperature that the plant feels is determining the growth success. In the end, the growing conditions in that microclimate will determine whether or not the plant will grow perfectly or not.”

Energy balance
Lisanne notes that when growing in a commercial vertical farm, especially for growers who are used to growing in a greenhouse, the energy balance inside a growing room is very different from a greenhouse. “That specifically relates to the amount of radiation energy reaching the leaf. It’s important that energy is allowed to reach the leaf for transpiration. However, the energy input in a vertical farm coming from radiation is roughly 1/10th of the radiation energy input from a greenhouse.”

Tip burn
The other source of energy that can be applied to the leaf is convection. Lisanne continues, “In a vertical farm, it’s very important to focus on that convection way of applying energy to the leaf, because the other part, radiation, is rather limited. What we see is that many vertical farms have plant issues that relate to tip burn. This is a sign of sap flow issues of the crop, which in turn depends on how much energy is applied to the crop.” It is, therefore, crucial to understand whether there is energy supply to the crop to enable sap flow and to avoid plant quality issues like tip burn. 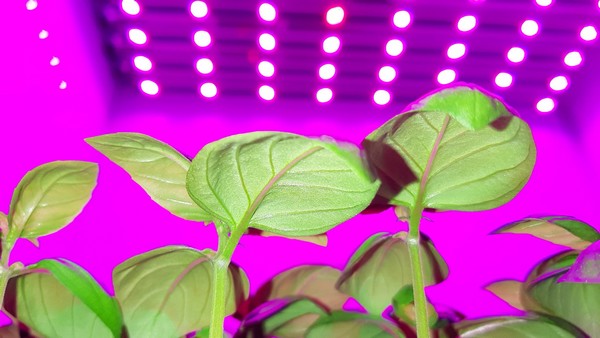 Scaling up
That’s exactly what makes it very challenging to scale up plant production inside a vertical farm, according to Lisanne. “It’s relatively easy to create a climate over a small growing area of one square meter. But once you start stacking layers on top of each other with relatively little space between the layers, it becomes more complex. What you aim for in a commercial vertical farm is having a homogeneous airflow over the crop. Also by supplying energy to the crop in a homogeneous way, because if you don’t do that, the crop result will also be non-homogeneous.”

In a large vertical farm, this can be rather tricky. “Besides the technical challenges of creating a homogeneous airflow, you also need to take into account combating natural processes. For example, warm air that rises naturally, but also, and this is a bit counterintuitive, moist air rises as well. So the mechanical system needs to combat that natural air movement.”

Crop research
This is why crop research is necessary. “That’s what we’re doing in this Fieldlab Vertical Farming. Besides looking at the crop itself, we also monitor a lot with sensors. Both sensors measure growing conditions directly around the crop. Next to that, the sensors also measure plant response itself, so they can tell us how the plant is feeling.”

The team at Delphy can better understand the plant by several types of sensors placed in between the crop, measuring things like leaf diameter and stem thickness. “In our research, we try to understand how the growing conditions measured impact the plant response which we’re then measuring on leaf level.”

That results in a lot of data. “We’re trying to understand what happens with the crops every minute of the day. In the Fieldlab, we’re also able to do that with high-wire crops. We really try to turn crop results into something measurable, and then scale that up to commercial farms.”