The cost of indoor farming should not be taken lightly. Over the last few years, many indoor farms started up and have maintained growth successfully. Unfortunately, there is also the opposite end of the spectrum; some indoor farm owners have underestimated the capital expenditure as well as operational cost. For farmers from both developed as well as developing countries, ensuring that each dollar carries the business forward as far as possible is crucial. A method that may be worth exploring to lower capital expenditure, is the use of distressed or abandoned buildings.

A number of governments all over the globe frequently ask themselves the same question: “What do we do with vacant and abandoned buildings?” Oftentimes, the solution is to fine the building owners. For other municipalities, they may take former industrial areas and turn them into hubs of all sorts. Take this example, as noted by SmartCities Dive journalist, Nigel Wilson, “Many small cities retain unused corporate campuses from former manufacturing glory days. In one example of rechargeable building stock, a long-abandoned downtown train station was made into the swank new headquarters of the regional utility company in Syracuse”. All in all, if not managed properly, governments could find themselves with money being left on the table. 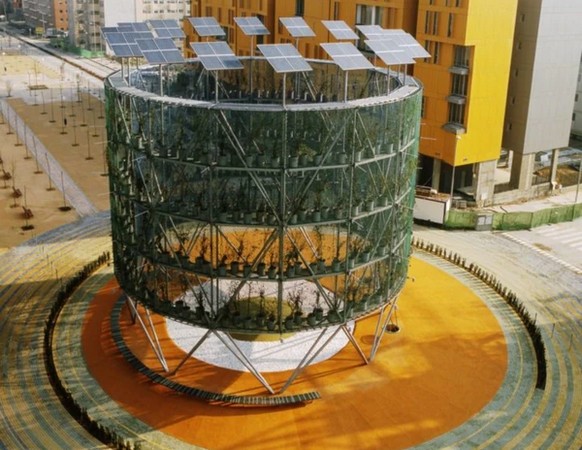 Indoorfarms
Indoor farms could be an unexpected player in this field. If we look at Aerofarms in Newark or Bowery in Kearny (both in New Jersey), these were not necessarily the first locations that people would think about for two of the largest indoor farms in the world. Yet, the cities seeded the idea and created the space for indoor farming because they recognized the value that it could bring to the table. In fact, New Jersey’s Economic Development Authority provided AeroFarms with over $11 million in tax incentives for redeveloping and bringing employment opportunities to underserved areas.

As funding for urban revitalization projects increases across cities, governments are exploring more creative ways to utilize space. Besides unused buildings becoming an eyesore or even a safety hazard, governments may be incentivized further to consider indoor farms as possible tenants of an abandoned building because of the value depreciation that happens if they leave it as it is. It should be remembered that dilapidated buildings have a domino effect and can hurt the value of surrounding property. Another angle to consider is that local municipalities may also be interested in enhancing economic development, despite not necessarily having a lot of the infrastructure that is traditionally known for bringing in jobs and businesses such as manufacturing facilities and industrial lots. This is where distressed or abandoned buildings could come in.

For an indoor farm, this may not be the first type of space that comes to mind because it means that the capital expenditure will be even higher in order to fix up the space. But is there a hidden opportunity here? The upfront cost for indoor farms is significant, as calculated by agriculture consultant, Peter Tasgal. 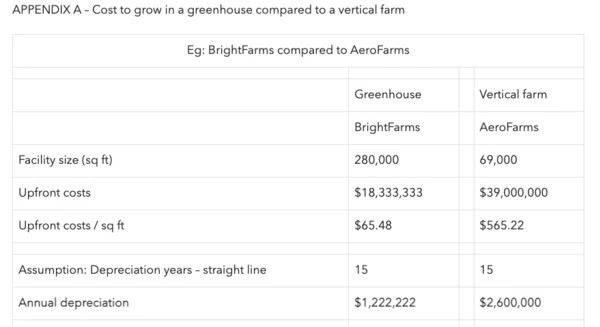 But consider this: If an indoor farm is able to find a local municipality that has set funding for urban revitalization as well as green initiatives, there may be a possible deal on the table. The local government pays to fix up the building, while the indoor farm then invests in the standard capital expenditure such as growing systems, lighting, etc. If successful, the indoor farm brings in a green and sustainable business, jobs, and the value of the property will hopefully stabilize.