On the 25th of October, Planet Farms officially inaugurated 'Europe's biggest vertical farm' of 10.000m2. After years of hard work, and substantial investments in research and development, the two founders and Co-CEOs, Luca Travaglini and Daniele Benatoff, have been able to realize an end-to-end automated farm globally, following their all-Italian visionary project. 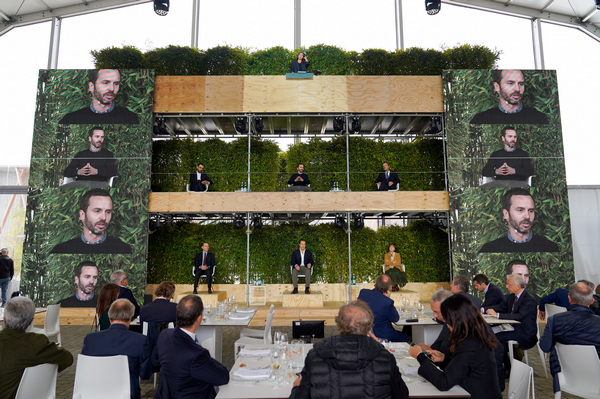 The event was kicked off by the co-founders

Long time dream
"It's really exciting to be here today, especially as so many of you were with us three years ago when we announced the idea at the Triennale di Milano. Now, three years later, here we are," said Luca and Daniele when kicking off the event.

They continued: "There is a famous quote from Flaubert that says that success is not a goal but a consequence. What you are seeing here today is the consequence of many years of work, of a vision, of a dream." A dream that is linked to bringing a new paradigm, they continued. For thousands of years, the agricultural paradigm has been claiming to produce where you can, how you can, and when you can.

"Today, with the number of people there are, the number of cities, and the few resources available, this paradigm needs a change. This was our dream and today we have realized it," they said.

Bringing together multiple parties
Amongst the speakers on the vertically designed stage were the Minister of Agriculture, Food and Forestry Stefano Patuanelli, the President of the Lombardia Region Attilio Fontana, the President of Confagricoltura Massimiliano Giansanti, and Professor Antonella Sciarrone Alibrandi, Prorector of the Catholic University of Milan.

Many themes emerged during the subsequent debate, including Italy's primacy in achieving this remarkable goal and the prospects of innovative agriculture also abroad, underlined by Minister
Patuanelli.  The role of Lombardy and the surrounding regions in assisting and supporting these new realities, which President Fontana spoke about, were also discussed.

The combination of tradition and innovation and the
perspectives and expectations of entrepreneurs in the sector on which President Giansanti focused, and, finally, the role of universities in training young people to these new professions, and the need
for laws to keep pace with the economy of which Professor Sciarrone spoke made an appearance. 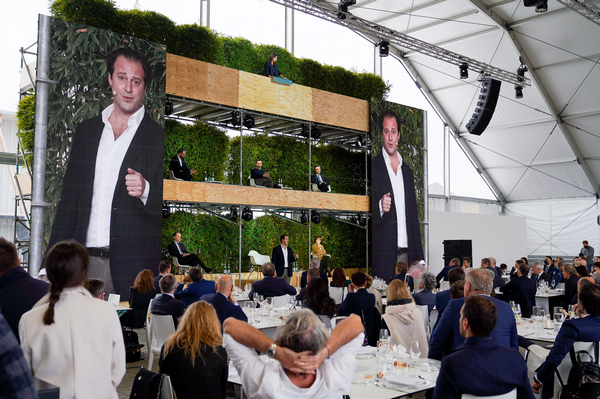 The event, to which partners like Travaglini Spa, Repower, BMW, and Signify contributed, brought together personalities from the world of politics, culture, representatives of civil society, the world of industry, and finance.

The 400 attendees enjoyed a lunch prepared with the popular YUMMIX and LATTUGOOD leafy greens that were harvested a few hours prior to being served. Chef Chicco Cerea created some culinary masterpieces and talked about his personal experiences with the products and how they will enhance the opportunities for a 3-star Michelin chef to deliver authentic and explosive taste profiles to his guests. Later this year, the on-site farm will open at the Cerea family restaurant Da Vittorio.