"They say a penny saved is a penny earned, but why not do both?"

52% of commercial growers reported using LEDs as of 2020, which is an increase from 25% in 2016. This trend is expected to continue in the next decade. The sharp rise in LED use among commercial growers is really two-fold: energy savings and complete optimization.

Early adopters of light-emitting diodes tended to focus on how much energy LEDs would save compared to the once-standard high-intensity discharge (HID) lighting. Now, in addition to reducing operating expenses (OpEx), growers are using LEDs to push light intensities, maximize production within their existing facilities, and exert further environmental control. 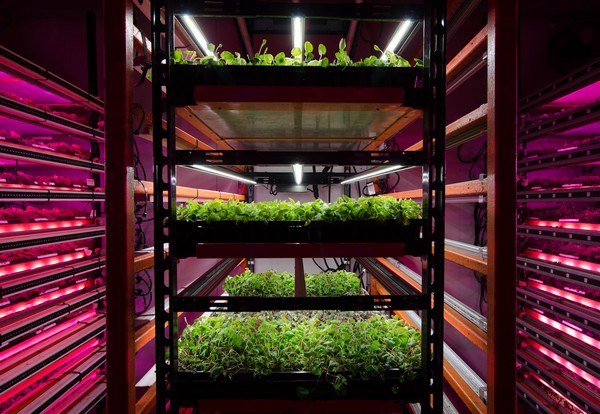 Regarding energy efficiency, commercial LED fixtures achieve 2.6 micromoles of photosynthetic photon flux (PPF) per joule of electricity over their service life, compared to HPS fixtures that average 1.9 micromoles per joule. Furthermore, LEDs cut out most of the maintenance and replacement costs that legacy systems incur. These immediate and valuable cost savings began the upward trend of LED installation and use, but this trend promises to continue its sharp rise because LEDs do more than save costs – they increase revenue.

According to studies, a 1% increase in photosynthetically active radiation (PAR) corresponds to a 1% increase in harvestable product up to light levels of 1,500+ µmol/m2/s. In simplest terms, depending on environmental control, increasing PAR with LEDs by 15% generally results in a 15% increase in crop weight. The additional revenue gained by improving production and crop quality can outweigh the savings achieved by upgrading to LEDs, a fact that has become clear to commercial growers worldwide.