Terrestrial fungus may be key to farming in space

Mold is something that most people try to avoid, but NASA may soon welcome a certain type of mold aboard its spacecraft. On long-distance space voyages of the future, astronauts will have to grow some of their own food. That could be problematic, as there is notoriously little unused space aboard ships and crops take a long time to grow. But what if science could find a way around those issues?

“Some plants grow extremely fast, like many common weeds, while others grow very slowly,” said Chris Dardick, molecular biologist at the Agricultural Research Service’s (ARS) Appalachian Fruit Research Station in Kearneysville, WV. “What if we could make crop plants grow as fast as weeds? We have done just that.” 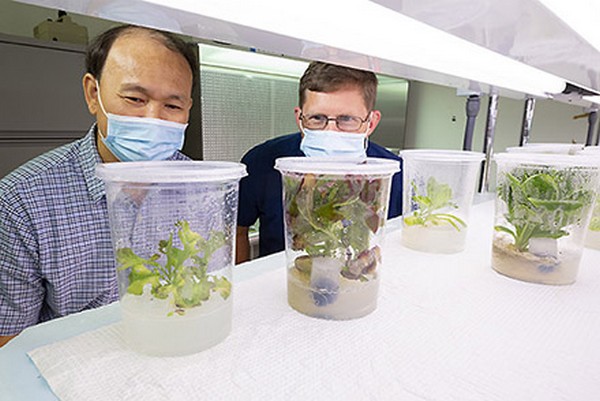 ARS scientists found that an airborne fungus, Cladosporium sphaerospermum strain TC09, speeds up plant growth. TC09 produces gasses, known as volatiles, that dramatically accelerate plant growth. TC09 is commonly found indoors and is not known to cause disease in plants or any ailments to humans or animals.

“When the mold is grown alongside plants in a sealed container, the TC09-exposed plants grow 2 to 5 times faster,” Dardick said. “And if you feed the plants sugar at the same time, they can grow 10 to 25 times faster in the presence of TC09.”

Thicker stems
Not only do the plants grow faster, they tend to have thicker stems, larger leaves, and a more robust root system than plants not exposed to TC09. They also produce far greater yield – pepper plants produced up to 213% more fruit. Lettuce, arugula, kale, basil, and other leafy greens showed similar results. 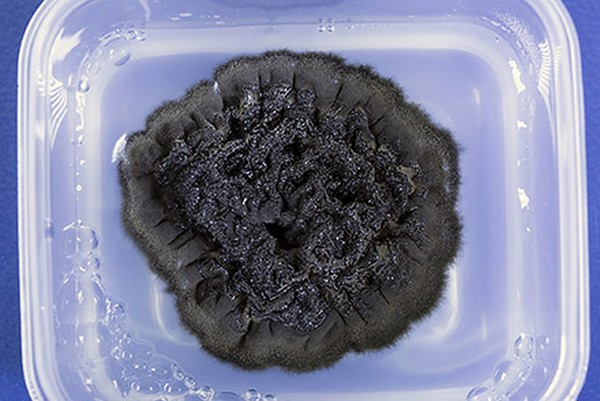 “How TC09 stimulates such rapid plant growth is currently unknown,” he said, “but it has become the interest of NASA to find out.”

According to Dardick, NASA has tested TC09 on some of their most prized crops including “outredgeous” (red romaine) lettuce and mizuna, finding that TC09 worked extremely well in the artificial media typically used in spaceflight. In addition, NASA is constructing two plant growth chambers similar to what is used on the International Space Station that will be housed at the ARS research lab in Disney’s Epcot Center. 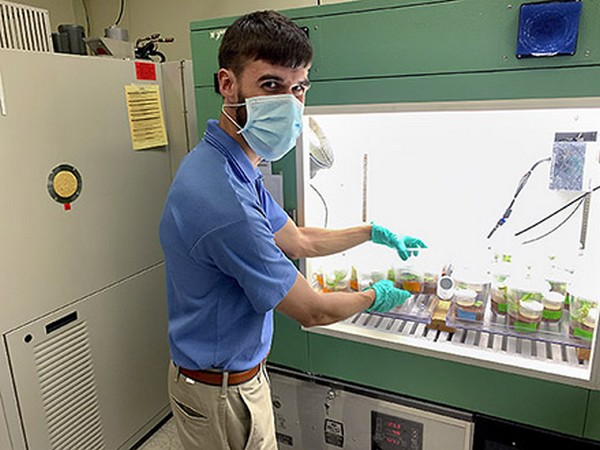 In a Lab at the Kennedy Space center in Florida, ARS research technician Mark Sperry evaluates the performance of the fungus Cladosporium sphaerospermum strain TC09 with lettuce and simulated soil. (Cory Spern, D4701-1)

Discovering how TC09 works could give NASA the solutions it is looking for, regarding space and time limitations, Dardick said. Such technology could also revolutionize food production here on Earth as farmers face the challenge of feeding a population projected to reach 9.9 billion by 2050.

This initial investigation was sponsored by the ISS U.S. National Laboratory, which works in coordination with NASA to fully utilize the orbiting laboratory to bring value to our nation through space-based research and technology development.