After launching its concept a year and a half ago, Quebec company Winter Farm is inaugurating its first industrial unit in Vaudreuil. Every year, between October and June, over 180,000 kilograms of strawberries will be grown, which is the equivalent of production yielded by more than two hectares of traditional greenhouse area.

This inauguration is an important milestone for the company that works together with local produce growers in order to deploy its technology on a large scale. “The Winter Farm solution is a 100% made in Quebec innovation and a powerful lever to stimulate local off-season production. In addition to increasing the production capacity of market gardeners, our units emit no GHGs and significantly reduce those emitted by greenhouses. This first industrial installation is another step towards our food autonomy," said Alain Brisebois, President and Chief Executive Officer of Winter Farm. 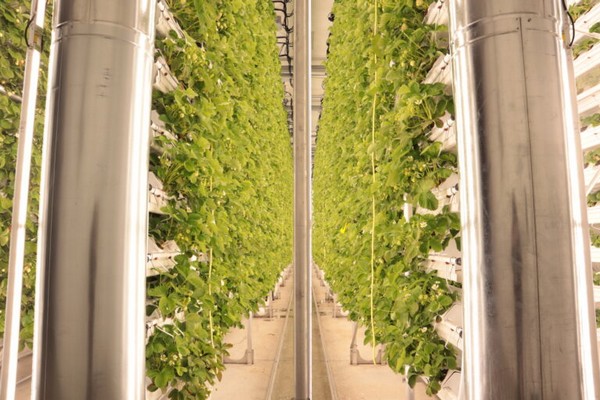 “At IGA, supporting local production and cooperating with local entrepreneurs like Winter Farm is a priority for us and for our merchants. Winter Farm has successfully brought together innovation and boldness by creating a responsible farming concept,” said Francis Bérubé, Head of fruit and vegetable marketing for Sobeys.

Feeding Quebec and America too
In order to reach its goal of replacing 10% of strawberry imports to Canada and produce over 13 million kg by 2025, Winter Farm is integrating its units into the existing agriculture ecosystem and supporting the development of Quebec expertise in optimized interior growing: “For Winter Farm, the ambition is to create an agribusiness hub for off-season produce growing. Our aim is not only to contribute to the development of our food autonomy but also to serve an export market across North America,” said Yves Daoust, Founder and Head of Operations.

“As part of our Compétivert initiative, which encourages companies to adopt clean technologies and eco-responsible practices to become more competitive while reducing their ecological footprint, we made Winter Farm a 'green champion' in the hopes of inspiring other companies to follow suit,” says Guy LeBlanc, President and CEO of Investissement Québec.