After a 2-year hiatus due to Covid, the Canadian Produce Marketing Association (CPMA) is very much looking forward to holding an in-person event in Montreal from April 5-7, 2022. These dates were secured a few years ago, and for many years, the organization’s annual event has been held this time of year. However, this past Friday, unfortunate news arrived when Messe Berlin decided to hold their Fruit Logistica Berlin event April 5-7 as well. A worsening situation of the coronavirus pandemic in Europe is forcing the organization to postpone its traditional February event.

“We are disappointed that Messe Berlin did not consult with other events before making their decision to move their event to April,” says Ron Lemaire, CPMA’s President. “I empathize with those companies looking to expand their networks in Canada and Europe, as this date selection by Messe Berlin will mean added costs of doing business for companies that traditionally show at both. This is especially concerning during a time of increased supply chain disruptions and challenges, requiring face-to-face meetings in Canada to ensure business is secured and stable.”

“Event planners in North America work together, especially during these difficult times, to support their exhibitors and visitors by coordinating events in a manner that provides synergies.” Lemaire has reached out to Fruit Logistica leadership to note the displeasure on behalf of joint participants, who contacted CPMA and voiced their frustration with the organization of Fruit Logistica. He is hopeful the senior team will be willing to investigate other date alternatives for their event to benefit all joint exhibitors and participants from around the world.

Not all joint participants impacted
“We are sorry to hear that the situation in Europe requires postponement of Fruit Logistica Berlin,” says Shannon Boase, Director New Market Development at CKF in Canada. “However, it does not impact our desire to participate at both events,” she continued. The company’s sales team has a deep bench, allowing for presence at both events at the same time. “Our international sales team will exhibit at Fruit Logistica Berlin, and our North America sales team will handle CPMA,” Boase commented. At CPMA, the company mainly targets buyers from North America and South America while at the Berlin show, buyers come from everywhere else. 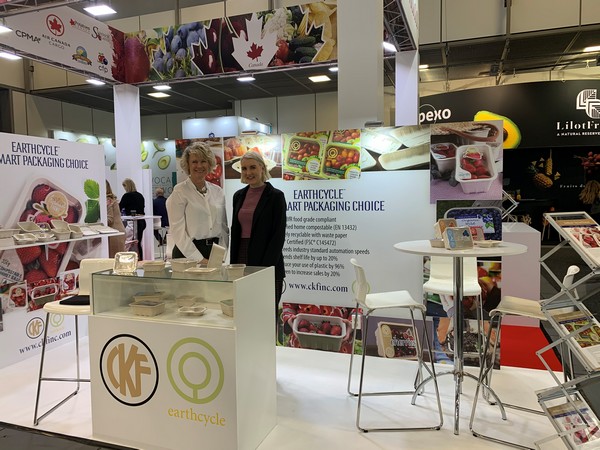 Lower attendance?
“I was very surprised by the news, and as association members, we are torn,” says Mario Masellis, Director of Sales & Marketing with Catania Worldwide. “Fruit Logistica is the largest show in the world, but at the same time, our national show is also of importance, as that’s where our national sales happen. CPMA is a very intimate show as you meet suppliers and potential new customers in a fun, yet almost informal setting. Fruit Logistica is where you meet the deal-breakers and the signers; it’s a very serious show.” Catania Worldwide normally attends both events. “For the past 18 or 19 years, I’ve been going to Fruit Logistica, and it’s always in the same city at the same time of year. To move the show without any consultation is very disappointing. The companies who are exhibiting at CPMA have already made their commitment and will be at the Canadian show. However, the international attendees may think twice about coming to Canada and some 5,000 to 6,000 people from North America may have to decide not to attend Fruit Logistica.”

Oppy typically also attends both shows. “Being a Canadian company, with many of us holding roles on the CPMA board, we will absolutely have a presence in Montreal,” says the company’s Chairman and CEO John Anderson. The overlap is likely to have an impact on the number of people companies will send to each event. “Some people will feel the need to choose one show over another, or, like us, modify the number of visitors to each.” Although Anderson absolutely understands why Messe Berlin needed to alter their February date, it is unclear as to why the organization chose to reschedule during CPMA. 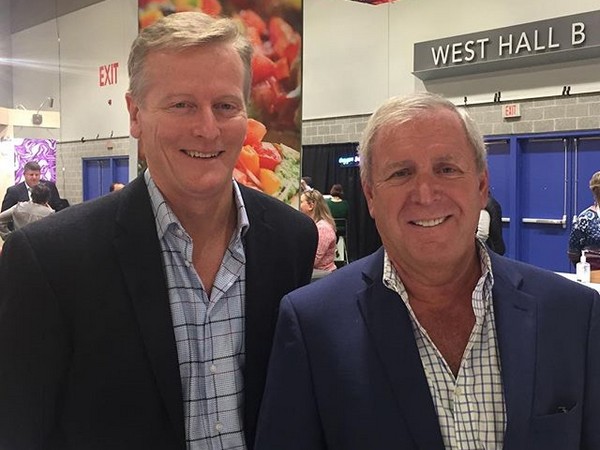 James Milne and John Anderson of Oppy at CPMA in 2018.

Despite the unfortunate news, CPMA is anticipating large crowds in Montreal in April 2022. Hotel room blocks are oversold, and the trade show is expected to sell out in January. The organization says this will be their biggest event yet.