"The challenge is to get the consumer to see microalgae not as a supplement, but as a regular ingredient in their diet"

A visionary, sustainability-focused project by Portugal's leading cement producer Secil, which was looking into alternatives to offset its greenhouse gas emissions, resulted 14 years ago in the creation of what would become one of the largest microalgae producing companies in Europe. 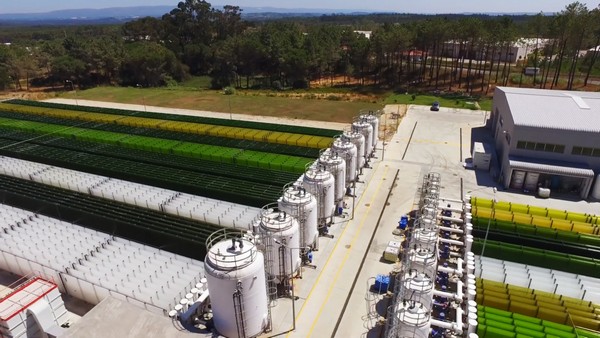 "The Allmicroalgae project was launched in 2007 with the objective of using microalgae for the capture and mitigation of the CO₂ generated in the cement production process. In 2009, after the first crops had been grown in a trial microalgae production plant, Secil decided to go a step further and built and put into operation a 1-hectare plant that today is part of our facilities. In these 12 years, Allmicroalgae's investment has reached 15 million Euro," says the company. 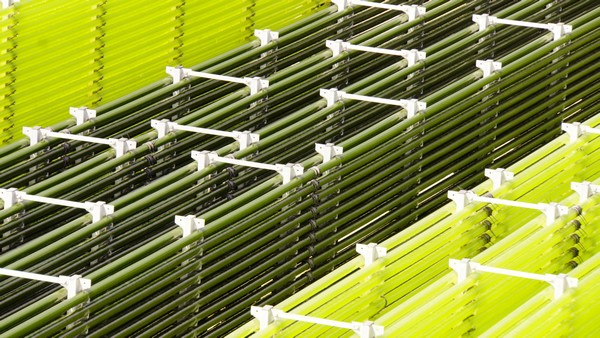 The cultivation of macro and microscopic algae has experienced remarkable growth in recent decades, favored by their high biomass generation capacity and photosynthetic efficiency. According to FAO's global statistics on fishery and aquaculture production (FishStatJ), this sector, which is part of the European Union's so-called blue economy, key to achieving the EU's ambitious climate and environmental objectives, grew by 6,300% between 1950 and 2019, going from 0.56 million tons to 35.82 million tons in those 69 years. Its development, even today, isn't free of challenges, although the benefits of this kind of aquaculture are substantial at multiple levels.

"As regards the food industry, microalgae are rich in protein, contain all the essential amino acids, and have a high chlorophyll content and a lipid profile, with 60% polyunsaturated fatty acids. Microalgae such as Chlorella vulgaris are also rich in vitamins, such as B12, and minerals, including iron, potassium, phosphorus and calcium." 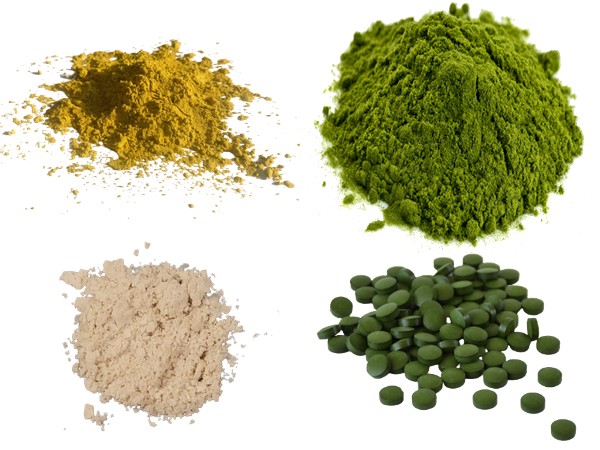 "Regarding environmental benefits, in addition to capturing CO₂, microalgae have the capacity to accumulate heavy metals and are known to be able to clean up 'waste' and could be a potential solution within a circular economy approach. At Allmicroalgae, various food-grade eluIds/wastes are also being tested to produce microalgae biomass without interfering with the quality and certifications we have." Specifically, Allmicroalgae has had the EU organic certification for the production of Chlorella vulgaris since 2018, making it the only European company with large-scale organic production. Later, in 2021, it obtained the EU organic certification for the production of Spirulina, and also has the GMP + FSA, GMP and Kosher certifications.

Also, microalgae can be used as biofertilizers and biostimulants in agriculture, can be the basis for animal feed and are an alternative and sustainable source of energy.

How are microalgae produced?
"As far as production systems are concerned, it is common to see new reactors and other innovations in the literature. But in our opinion, the production depends more on the biology than on the production systems themselves, mainly because Asian countries are already successfully producing large quantities and the technology already exists. When it comes to processing techniques, the reality is different. This is an area that is still under development." 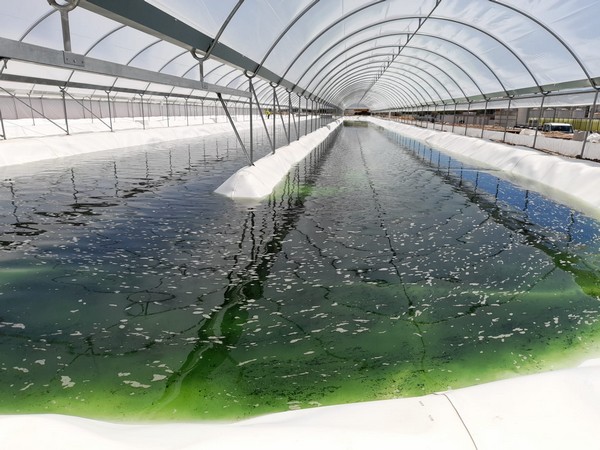 "Our production process for industrial microalgae species is unique, very flexible and very demanding in terms of quality assurance. The strains are kept in the most suitable conditions for cell division, and when they reach high concentrations, they are transferred to a larger volume with more space to allow them continue growing," says the Portuguese company based in Pataias. "Chlorella microalgae can grow autotrophically or heterotrophically. At Allmicroalgae, green Chlorella vulgaris is produced biphasically. Initially, the inoculum is produced by fermentation and later in photobioreactors (under outdoor conditions). In addition to green Chlorella vulgaris, Allmicroalgaae also produces yellow and white Chlorella vulgaris. These products are very attractive, as the final product's organoleptic characteristics (color, taste and sensory profile) are improved." 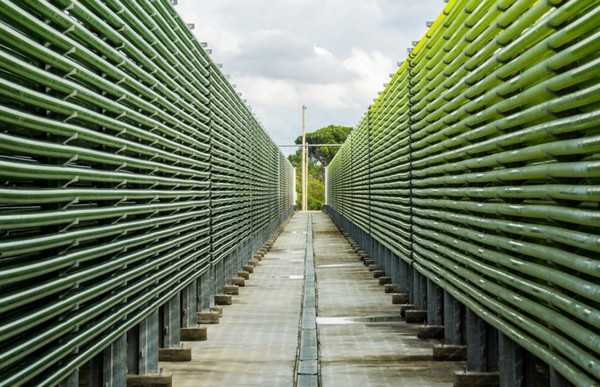 "Allmicroalgae also produces Spirulina and markets it naturally dehydrated in the form of paste or powder."

A growing industry in Europe and America
These high value added products can have different applications, according to Allmicroalgae. "They can be taken as a daily supplement in capsules or used directly in smoothies, soups, bakery products, etc. Our microalgae are marketed in the B2C market under our Allma brand and in the B2B market, both in Portugal and in some export markets." 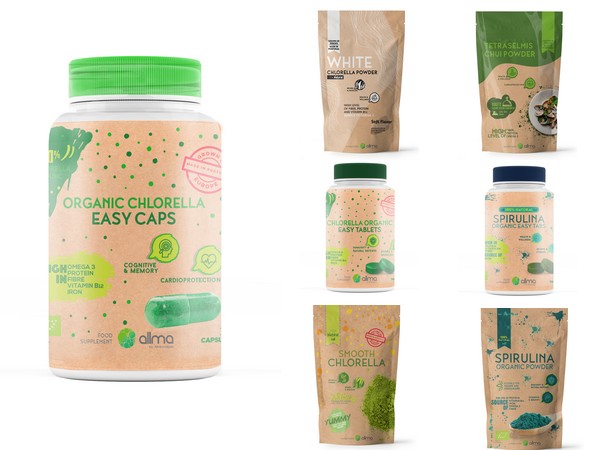 The microalgae market already has a long history in Asia, but in Europe and America it only started 2 decades ago. And the data published in FishStatJ confirm it. According to FAO statistics for 2019, Asia - with China at the head - produces 97.2% of the microalgae cultivated globally. "However, this industry is growing everywhere," says Allmicroalgae, "and the biggest growth is being recorded in the regions with the greatest momentum right now: Europe and America."

"In fact, we expect this growth to continue and microalgae to become more present in various gastronomies. Europe and America have just started to produce microalgae and key players in the food industry are increasingly interested in this sector, given the different applications it could have in their current portfolio. Another relevant issue is the vegan trend, which is leading consumers to look for plant-based protein sources, and microalgae can become a very good alternative, given their nutritional profile." 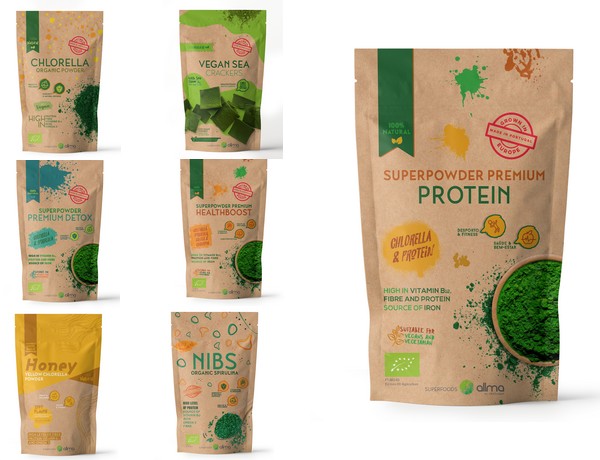 But there are still challenges for the industry, and one of the biggest is scaling up the production while guaranteeing a similar nutritional profile in every batch, they say. "For the consumers, the biggest challenge will be to introduce microalgae in the regular diet, so that people won't consume them only as detox products, in weight loss diets or as purely healthy foods. The industry, with its R&D teams, is trying to find different applications with which to include microalgae in food so that price, taste or convenience won't be an issue. The challenge is to make consumers see microalgae not as a supplement, but as a regular ingredient," says Allmicroalgae. 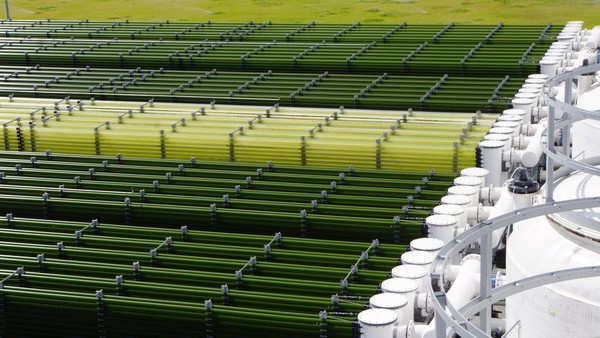 Portugal, one of the pioneers in the microalgae market
Microalgae are a key component of the marine environment. Approximately 80% of the algae species in the oceans belong to this category, whose industry, as highlighted by the European Union, will help achieve the objectives of the European Green Pact. And companies like Allmicroalgae are actively involved in the transition to a sustainable blue economy on the continent.

"At AllMicroalgae, we are already expanding our production site to be able to meet our targets, and future expansions will depend on the demand. We conduct trials every year with different species because we are still in the early stages of microalgae production, so it is extremely important to focus and invest in research and development. There is still plenty of market potential."

"Portugal has a huge coastline, and it is part of the Portuguese DNA to be close to the sea and to try finding new ways. The macroalgae industry has already been developing for a long time, so given the good weather conditions that the country has, it was only a matter of time before microalgae attracted the attention of some entrepreneur."