“One of our key objectives this year is to fill our portfolio with European projects. Thus far, we kicked off our first project. In collaboration with a Finnish company named New Organics, where we will be producing microgreens which are used for organic cosmetics,” notes Denis Usik, CEO of Plant Factory Tech (PFT).

The project will be implemented as a joint venture, whereas PFT is responsible for producing microgreens in its aeroponic farms. Denis gives away that more joint R&Ds are on their way for 2022.

PFT’s main product is providing indoor farming solutions and technologies, including greenhouses and vertical farms. As well as providing agro-consulting services. “We have a natural drive for change due to the results of our ongoing R&D projects in developing new tech solutions. 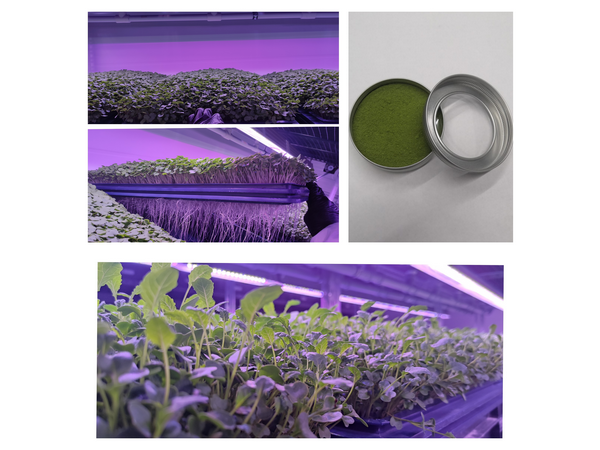 Some medical projects going on

“We are looking forward to accelerating and starting our new projects. We expect that in the upcoming year the pace of our development will reach new heights. By the end of 2022, we will hope to have completed the construction of new production facilities, as well as, bring relevant products to the European market,” Denis notes.

Full agenda for 2022
Currently, PFT is negotiating promising contracts with a number of potential partners in the following areas: Production of superfoods and dehydrated products from microgreens; cultivation of medicinal plants for pharmaceutical production; production of cosmetics and skin-care products on the basis of natural raw materials. “I believe that we will be launching at least one or two of these projects in the upcoming months,” Denis adds.

2021: Increase of (inter)national contracts and EU registered company
Last year, PFT mostly continued to develop its activities in Russia. They managed to conclude several contracts for the construction of large modern greenhouse complexes. These production facilities will be fully equipped with PFT’s solutions and technologies. Denis affirms that the first phases of these projects are scheduled for completion in 2022.

Besides an increasing number of signed contracts locally, the team has been actively closing international contacts. “We were able to communicate with a large number of interested parties, from South-east Asia, the Middle East, as well as from the European region. After determining the most attractive development areas, we decided to relocate the company as the EU became our primary target region,” Denis claims.

Therefore, at the end of November 2021, the relocation process was initiated: PFT became a European company with its headquarters based in Finland.

The past year was full of events in an R&D context. PFT completed the construction of its first pilot production facility where the team worked out processes of growing various crops with the updated technology. Denis says that the gathered results were quite impressive as the average yield increase was more than 20%.

Technological development
“We have two key tasks on the agenda for 2022, whereas one of them is to relocate the production of main equipment and components of our vertical farms.”

In the coming year, PFT is planning to organize the migration of production facilities for a number of key components of its technology. In particular, they are going to deploy full-scale production of its phyto-lights in Finland. This will significantly reduce the equipment delivery time and the customs barriers will be significantly lower. 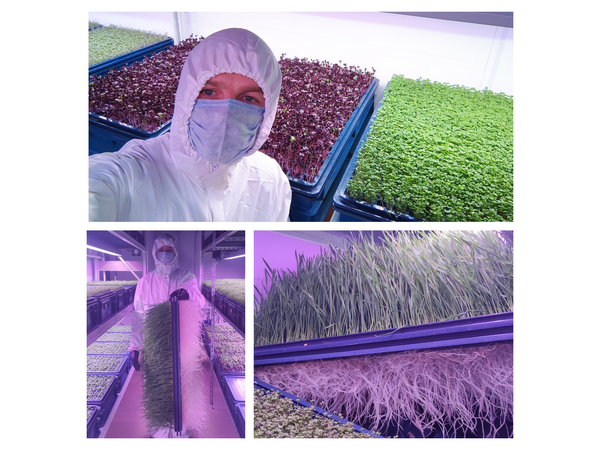 R&D focus
Having completed the development of a stable industrial implementation of their technology, PFT has shifted the focus of its current research. Most of the research they’re planning at this moment is focused on processing green crops. As a part of their R&D projects, PFT plans to develop ways of industrial production based on microgreens products in accordance with the strictest safety standards.

Denis added that “We will work on and implement cutting-edge processing technologies such as acoustic freezing and vacuum dehydration. The research will focus on integrating these solutions with basic growing technology to create a unified production chain.”

Among the active developments are PFTs microgreen cutting conveyor belts that are adapted to their technology. If the number of research projects keeps on growing, PFT will most likely create a consolidated R&D center to maintain demand.