"Is there a crop that is 100% sellable, and keeps its value over time? Answer is seaweed”

CEA is all about replicating nature indoors, so why not oceans too? This is basically the question that Serge Boon, founder of Boon Greenhouse Consultancy and of Surge Seaweed, asked himself. Well, he didn’t really approach this from that perspective, but rather from a more horticultural standpoint. “I have been in the greenhouse industry for my whole life,” he says. “And I see that there are problems with traditional crops when it comes to shelf life and the need to sell your crop when it needs to be harvested. Oftentimes, you can’t 100% predict your harvest volume, and then a grower ends up throwing away a lot of stuff. Another factor is that traditional crops need a certain size to be considered “sellable”. So, I asked myself: is there a crop that is 100% sellable, and keeps its value over time? Answer was seaweed.” 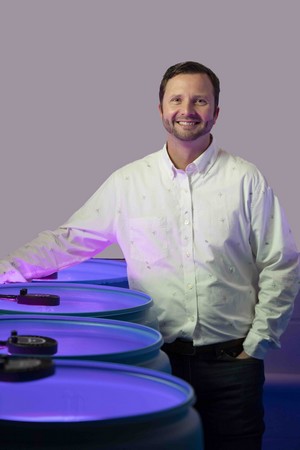 So, Serge went for it, even though he was very much aware that he was stepping into uncharted territories. “Seaweed is an ocean crop,” he points out. “So, how do you use the horticultural hydroponic knowledge for that? What if we can do it in a sort of artificial ocean, and inject nutrients when necessary? So, we started studying and researching this, and eventually came up with some proofs of concept.”

When it comes to setting up an indoor cultivation, the selection of the variety is absolutely key, as it needs to perfectly match the environmental conditions inside the facility. “The research of the variety was part of the design,” Serge continues. “Admittedly, this was the hardest thing to understand. Eventually, we found the right cultivar, and we are still experimenting with some simultaneously.” 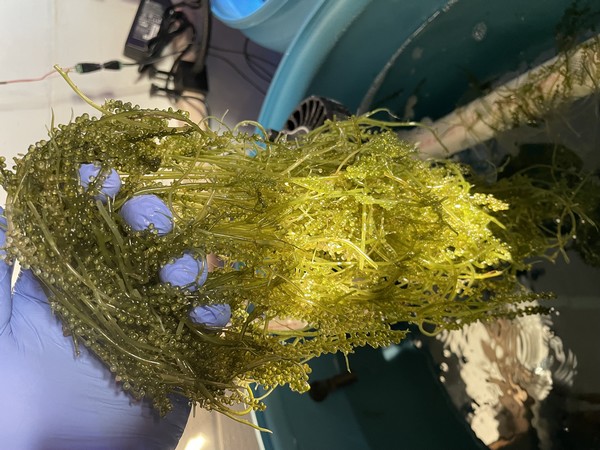 A delicate weed
Unlike more ‘traditional’ crops, seaweed is extremely susceptible to the slightest change in the environment. “For instance, temperature, pH, and so on, need to be constantly at an optimal level, else seaweed will show its distress,” he points out. “This makes a lot of sense if you consider that seaweed grows in the ocean, and a drop of something in such a large water body wouldn’t change the grow conditions.” 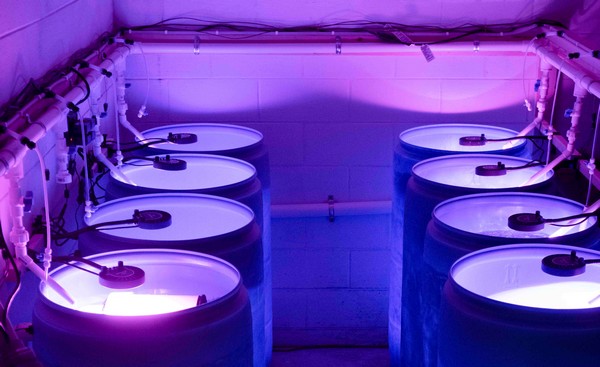 Susceptibility aside, there are other aspects that make seaweed a pretty unique crop. “It’s vastly different from any other hydroponic crop,” Serge explains. “Most Seaweed species don’t have roots, and uptakes everything through the leaves. Generally speaking, it has a very different metabolism.” So, when setting up the cultivation facility, Serge was considering different settings. “Initially, we looked at putting the system into a greenhouse,” says he. “To exploit the light and heat it generates. But then, it would have been way too difficult to keep everything as stable as seaweed requires. That’s why eventually we opted for an indoor facility, where we can set all the parameters and be sure that the environment remains well-balanced.” 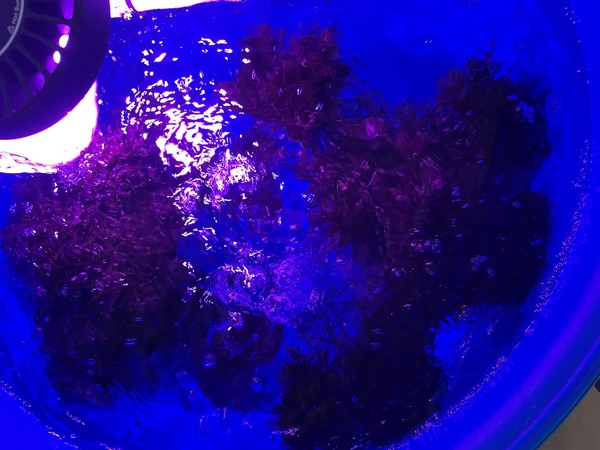 Getting light underwater
Considering that seaweed grows underwater, one of the things that Serge had to address the most was light intensity and penetration. “We did a lot of thinking and testing about lighting,” says he. “What we did was to buy all different kinds of LEDs and measure which one was the best. I am aware that this was a brute force kind of study, but there’s no knowledge or research at all about this, and we were right in the middle of uncharted territories.” 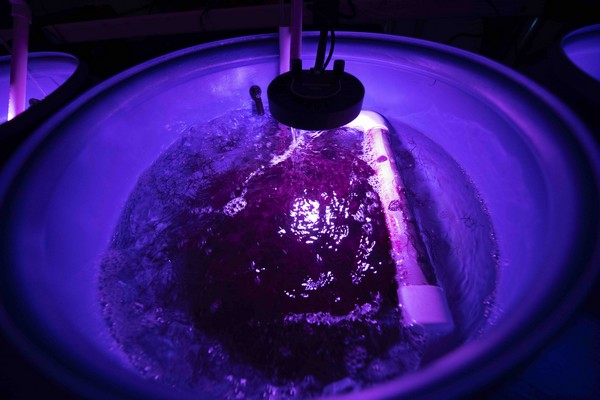 Seaweed is an upcoming crop with growing demand. “This especially in Asian-like cuisine restaurants,” Serge points out. “We found out that it’s extremely difficult, if not outright impossible to find fresh seaweed. How big the market is, is still a question; we are going headfirst into this.” At the same time, restaurants are not the only market Serge is looking at. “While restaurants remain our main focus, seaweed is used a lot in the health industry, and can be used to extract protein, carrageenan and vitamins” For this too, a model like the one Serge is setting up, can be particularly advantageous. “We see this model replicated,” he says. “I can see this being set up, say, in a 100-200 mile radius from a city and such.”