On 1 February, Eelco Ockers (46) took over as new CEO of PlantLab, the Dutch pioneer of indoor farming. He took over from Michiel Peters, who was closely involved in the company for the last five years, the last two of which as CEO. In the coming years, Ockers will focus on the global expansion of PlantLab’s production locations.

Until the end of last year, Ockers was CEO of the German branch of the pharmaceutical company Stada. Before that, he served in various management positions, inside as well as outside the Netherlands, at Reckitt Benckiser, Unilever and Procter & Gamble. He aims to leverage his experience to greatly expand the number of PlantLab’s global production locations and realize its mission of helping to solve the global food (and energy) crisis. 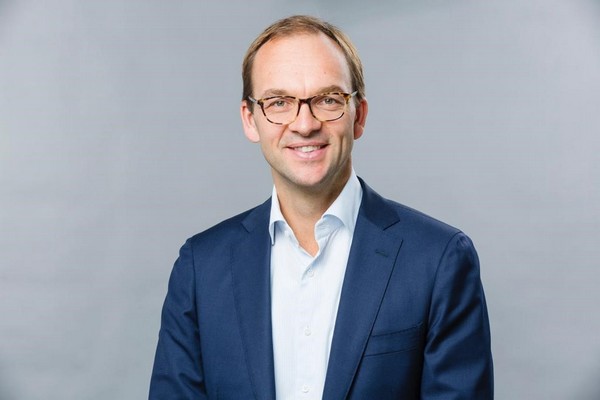 Growing the market
‘Over the past years, Michiel Peters has succeeded in transitioning PlantLab from the laboratory phase to the production phase’ explains co-founder Leon van Duijn. ‘Eelco’s focus will be on the worldwide expansion of our production locations, to serve the market and make it grow. Michiel Peters will remain involved in the company as shareholder and adviser.’

‘The potential of PlantLab’s panted technology is enormous’ says Ockers. ‘Over the last few years, our production location in Amsterdam has proven that the technology is very suitable for large-scale application. Our client base already includes companies such as Van Gelder and Picnic, and our location in Indianapolis is also seeing very rapid growth. Now is the time to accelerate our global expansion.’

Reducing CO2 emissions
PlantLab’s technology makes it possible to grow vegetables and herbs, such as tomatoes, cucumbers, basil and mint, all over the world. This can be done even in barren areas or urban locations. Thanks to sophisticated temperature, moisture, and light regulation, the crops reach their maximum potential with a 95% reduction in the amount of water used and the total elimination of chemical herbicides and pesticides. Light comes from specially designed LEDs that produce the specific wavelength needed by the plant for photosynthesis. As the production locations can be situated close to the end clients and consumers, the food crops do not have to be transported over long distances, which leads to greatly reduced CO2 emissions, lower costs, and less food waste.

PlantLab has its R&D site in Den Bosch, the Netherlands, the largest such site in the world in the field of vertical farming. Its commercial production site in Amsterdam is the largest such site in Europe. In addition to the Amsterdam site, PlantLab also has production locations in Indianapolis, USA, and in the Bahamas. The company is in the midst of scaling up and expanding its operations in the US and Europe, and already employs more than 100 persons internationally.