Selecting the right organic hydroponic nutrient for your hydroponic or soilless system is a big decision for your greenhouse, vertical farm or indoor farm. With so many factors to take into consideration when assessing the spectrum of options that exist, growers can find themselves at crossroads. In reality, every indoor grower should ask their nutrient supplier the same. 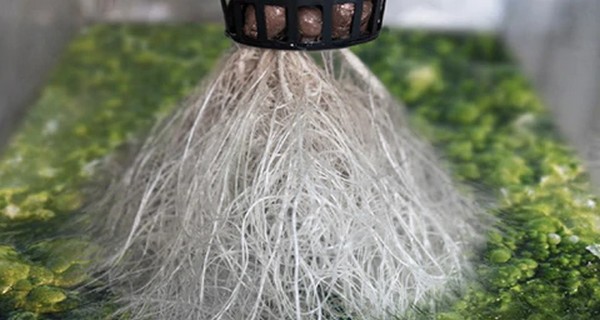 This publication will focus on identifying whether your nutrient will reduce or increase the risk of algae growing in your soilless system.

Understanding algae in a soilless growing system
Algae needs three things to thrive: light, water, and nutrients. When all three are present, the likelihood of algae germinating increases exponentially. This matters for an indoor grower because the build-up of algae can lead to problems such as:

While you might think that, your system is sterile, well contained, and free from potential contamination sources during the setup process, algae can, and likely will, find a way into your system. Due to the setup of a soilless or hydroponic system, which requires a significant amount of artificial lighting, it’s often challenging to be completely algae-free. But it is possible to manage it, reducing the need to constantly flush out your entire growing system.

Here are some questions to ask your nutrient supplier which will help you figure that out: