“Vertical farming has a place here in Sweden, and we have also seen that in the public’s reaction: We had fantastic responses when we did tasting days. Visitors are always amazed by how simple the process is, and that we can produce every day, throughout the year,” says Graham Clark, Owner of Greeny Grow  AB, a vertical farm based in Sweden. 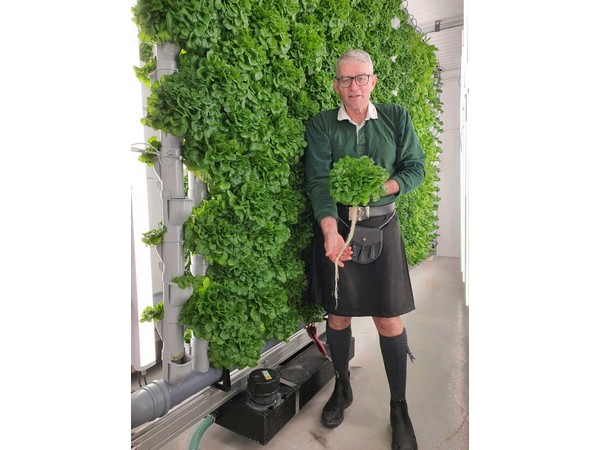 Growing a wide variety
Currently, Greeny Grow operates a 180 square meter indoor farm. “We have put a lot of thought into how we would utilize the space as components arrived. All of our microgreen frames have been modified. They all sit on a heavy-duty frame fitted onto wheels which also incorporates a water tank and pump. The power supply comes from the roof keeping the floor clear. Each level has a 1 square meter growing area, and we have some 45 square meters filling up as demand comes. For salads and working with Growpipes, we settled on a four-frame system, each capable of holding some 306 plants. 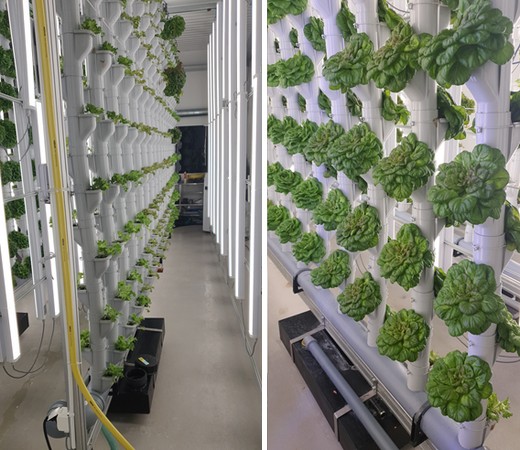 In their microgreen systems, Greeny Grow grows a selection of microgreen mixes, sunflowers, peas, pink, purple, and mixed radish, as well as broccoli, kale, and mizuna/mustard.

“Growpipes accommodate all of that. This is a simple ‘Lego’ type of system, easy to assemble, disassemble and extend upwards.” All components can be washed in a dishwasher and plant locks are sterilized daily after harvest. Thanks to the modifications they made, Greeny Grow now has an additional plant in the middle of the four surrounding plants. When they’re cleaned it’s easy to separate each tower into its eighteen individual pieces, explains Graham. 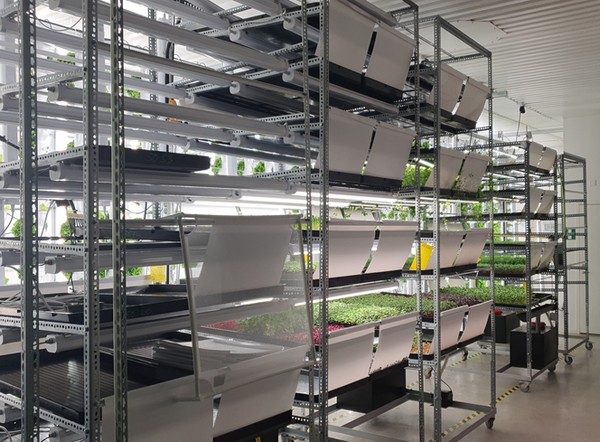 Ready for the next step
Now, Graham is working hard to expand his vision as this farm is in a proof-of-concept location. “We are actively looking for a catalyst person to pull together some investors to finance the next move. We need to get much bigger and serve more communities with fresh, high-quality greens as this is a crucial element in the Swedish food supply.”

Graham explains that the product demand continues to grow since consumers are demanding locally produced food rather than salads coming from Southern Europe. Historically, Sweden has been growing salads in greenhouses, but upkeep and operational costs make them difficult to offer produce year-round. 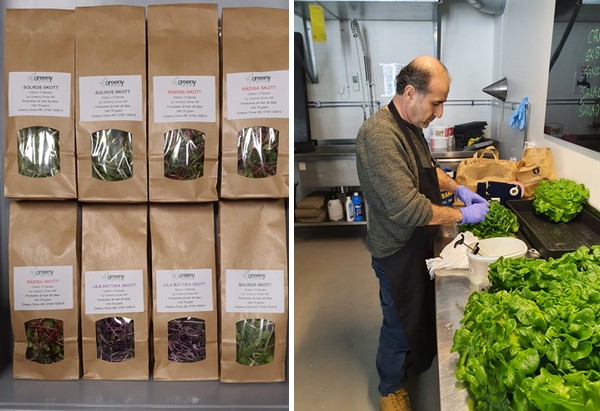 How he got into farming
As an agricultural engineer, Graham traveled the world for large agricultural equipment manufacturers. While working on a large irrigation project in Saudi Arabia, he was impressed by the amount of produce grown on basically sand in the mid-1980s. The Agricultural Manager explained to Graham that this was basically hydroponics and one day hydroponics would get the recognition it deserves. That experience stuck in Graham’s mind and surfaced again more than 30 years later.

Looking for a secondary business
After a life-changing event in 2013, Graham started selling Swedish timber to Algeria. However, he and his wife were always worried that supply could be an issue, or that prices would kill the market. “We started looking around for a second leg for our business to stand on.” That is when Pia and Graham went to the US and visited a container converting company and were planning to import the containers into Sweden. Yet, the high costs and the limited growing space made it hard to justify it as a commercial enterprise with one container. 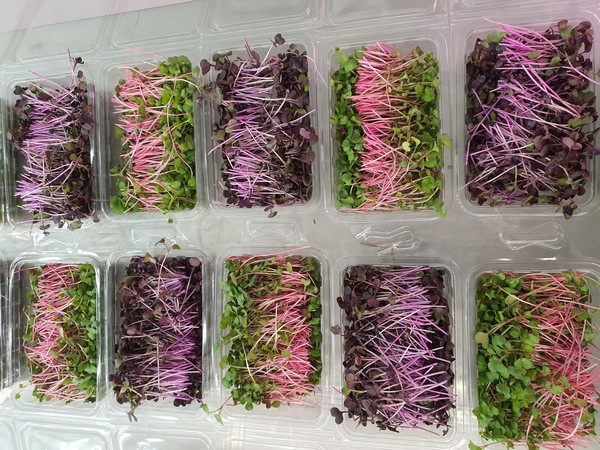 Then, fast forward to the 2019 Urban Futures, Global Conference in Oslo, where Graham and Pia attended the Vertical Farming sessions. “On the last afternoon, Professor Joel Cuello from the University of Arizona gave a lecture on the production of microalgae in greenhouses. That inspired us, also considering that there are many empty greenhouses in the area where we live, South of Gothenburg. Eventually, we planned to hire a portion of a local tomato producer’s greenhouse.”

Everything seemed to work great, but then COVID came into the picture. “We had done so much work, made so many studies and visits, and we had to either move forward or give up. We, therefore, ended up with microgreens and salad heads, and will definitely consider algae for the future.”