Putting flavor back on the menu with research

UK based Vertical Future is leading a project that aims to put more flavor on the consumer’s plate, at less cost.

Scientists at Vertical Future are looking at the history of agriculture and investigating how, by growing heritage spinach seeds indoors, they could potentially help to protect the food of the future, improving both the flavour and quality.  The CEA Heirloom Optimisation & Pathogen Control for Seeds 'CHOPS' project has identified heirloom varieties of spinach, such as the Viroflay Spinach from 1600s, whose leaves can grow up to 20cm, that could potentially thrive within CEA facilities. The project is supported by Innovate UK.

Last month Vertical Future announced a funding round of £21m, the largest ever Series A raise in Europe in the sector that would in part, enable the company to further expand its innovative Research & Development capabilities. 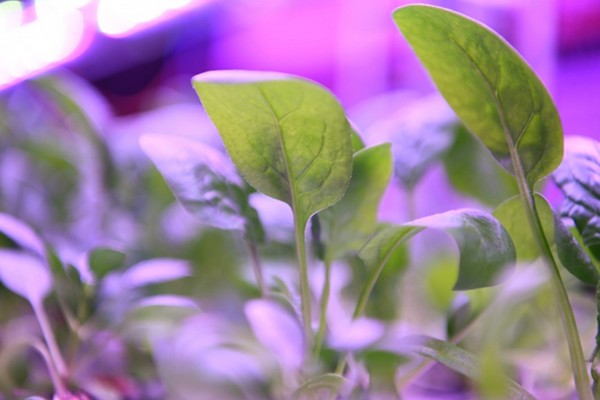 Seed history
Most modern seeds have been extensively bred over the past hundred years for conventional agriculture, to be resistant to air and soil-born disease, thereby reducing crop loss for farmers. As such, many heirloom seeds have fallen out of favour with growers, despite often being better in both taste and yield. Project partner Ralph Weir, CEO of non-toxic seed sterilization specialists Zayndu says, “we’re standing plant breeding on its head. Instead of focusing on disease resistance, breeders can get back to thinking about flavor.”

With CEA crops are grown indoors in vertical stacks. These soilless systems are fed either hydroponically or aeroponically with nutrient-rich water. Light is provided by high-tech LED lighting while robotic interface from seed to harvest allows minimal human interaction. These features create very clean growing environments removing the need for agrochemicals to keep crops safe and healthy. With vertical farms, these disease-resistant traits are no longer a high priority and so scientists can select varieties that have better characteristics such as being higher-yielding or more nutrient-dense. Dr. Michael Gifford of NIAB believes the CEA project created by Vertical Future can potentially “bring these varieties back to people’s plates, in a sustainable way.” 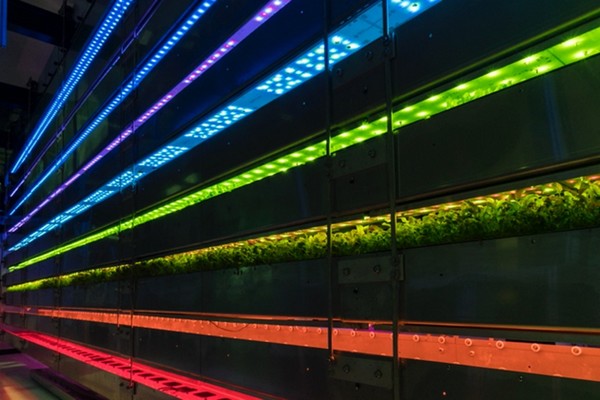 The other important aspect of the CHOPS project will be for the teams at Vertical Future and Zayndu to scale up and develop a non-chemical seed pre-treatment method, using only air and electricity to kill any fungi or bacteria on the seeds. Zayndu uses cold-plasma technology to sterilize seeds, reducing pathogen contamination and optimizing yield, enabling a more nutritious, vertically farmed crop to be grown that will be free from the threat of disease and the use of agrochemicals.

Outer shell causes disease
Dr Jen Bromley, Chief Research Officer (CRO) at Vertical Future says, “currently it is still uneconomical to produce seeds in CEA facilities and so these are produced outside. The result is that the outer shell of the seed is now the main source of the disease that enters a CEA production. When a disease takes hold in CEA, it can be devastating as the conditions that a plant thrives in, are the same as those a fungus or bacteria will.”

Ralph Weir, Zayndu CEO says, “If disease tolerance comes at the expense of taste, shouldn’t we eliminate the disease rather than risk growing plants that taste like cardboard? That is the promise of this program; kill pathogens on the seeds before they come into the controlled environment.  We’re excited to be working with Vertical Future and NIAB, both leaders in their field, to deliver a godsend for the food consumer.”

The teams involved with CHOPS believe this development will also be a game-changer for the global CEA industry, as they will be creating technologies and protocols for CEA seed sterilization worldwide and also defining trusted methodologies for a High Health seed assurance scheme for the CEA industry as a whole.

The trial, if successful, will have a huge impact on UK food security as well as push the UK to the forefront of the global CEA industry. The EU CEA industry is growing at a rate of 24.6% and is moving growing crops for consumption away from fields to tech-led indoor vertical farms. Growing food indoors, close to the point of consumption often within population centers, significantly reduces food miles, minimizing transport emissions. It also raises consumer awareness of the realities of global agriculture and the growing pressures on our food production and supply chains.

Dr. Jen Bromley continues: “Trials such as CHOPS and increasing investment in vertical farming will play a pivotal role in bringing vertical farming to the forefront of global CEA industry and will have a huge impact on UK food. Vertical farming is a young but growing sector and so finding ways to protect yields, reduce agrochemical use and improve the quality of produce will be critical to its continued growth.”