Philippe Blanquet, from Cichorium, specialist in the cultivation of organic chicory:

It is believed that Belgian producers of chicory roots, which were used as a substitute for coffee at a time when coffee was only available to the very rich, were the ones who discovered that by storing some roots in damp, dark sheds, these germinated, producing light-colored shoots with a delicate flavor. That discovery, the origin of which is attributed to chance, would change the way this vegetable was produced and in the 19th century, around the time when Belgium was gaining its independence from the Netherlands, the cultivation of what we know today as chicory began. 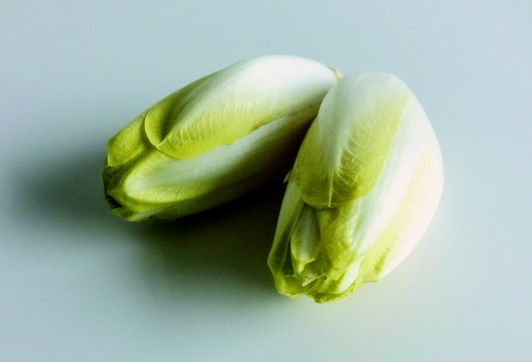 Nowadays, chicory is a vegetable that is widely consumed worldwide. Its cultivation technique, one of the most complex of all vegetables, has been fully perfected, and Philippe Blanquet outlines it to growers around the world so that they can successfully grow chicory through Cichorium.

"In 2007, I created Cichorium with the goal of facilitating the development of chicory cultivation without the use of any type of phytosanitary products. Today, the company has several lines of business, all linked to chicory," says the specialist in this Belgian-born vegetable. "In 1988, I started working in Belgium as a researcher in the study of chicory root crops. In 1990, I came to work in Spain at what was then the largest chicory plantation in Europe, where I was director for more than 10 years, and then I moved to California, where I also worked on a production farm of this vegetable. When I returned to Spain, I decided to make my dream come true and founded my own company in Navarra." 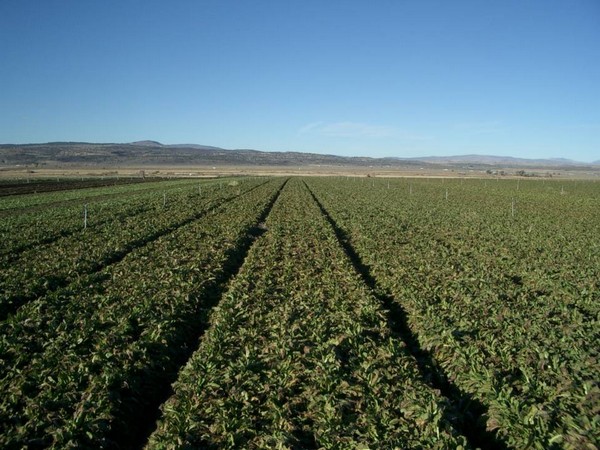 "At Cichorium, we are producers of organic chicory and chicory roots. We work only with classic hybrid varieties, and we grow yellow chicory, so called because of the color of the leaf blade and petiole, and purple chicory. In fact, we are are of the only two companies in the world that grow organic purple chicory. We are also producing a new product developed by our R+D+i department: chicory sprouts, or microchicory." 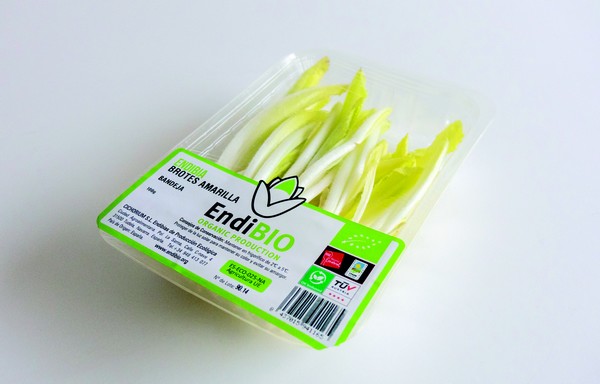 "As for our vegetable production, we distribute it in Spain, where we work, among others, with Veritas, and we export it mainly to the south of France, to organic supermarket chains."

"We are also a global supplier of chicory roots, both organic and conventional, all year round. We do 'just in time' work, supplying the roots to producers just when they need them so they can manage their production. It should be noted that chicory cultivation goes through several phases, and that the crop's whole growth cycle, from seed to head, can take up to 500 days. We supply the roots in optimal conditions, without breaking the cold chain in transport, allowing growers to obtain chicory in the forced growth period in about 3 weeks," says Philippe. 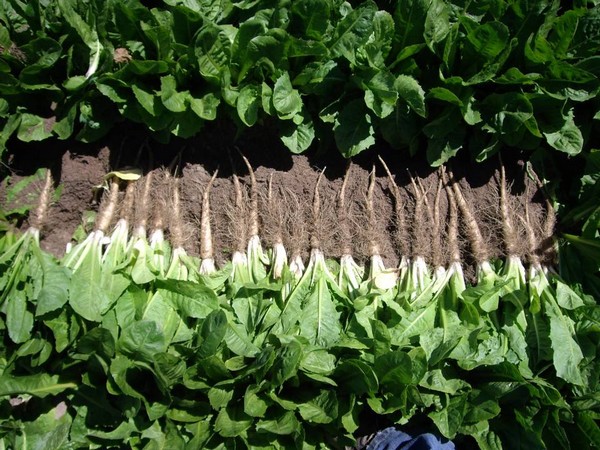 "Lastly, our services include the provision of materials to undertake chicory cultivation and technical advice and crop monitoring."

Tailor-made growing chambers
Chicory is one of the most challenging crops to cultivate in the world, says Philippe Blanquet. It requires controlling the light, humidity and temperature conditions to allow the roots to sprout properly while preventing the proliferation of phytopathologies at any time during its extensive growth cycle, which is very important during the forced growth period, given the special growing conditions, and even more so in the case of organic cultivation. To this end, Cichorium provides growers with tailor-made, turnkey containers, ready to start growing in modular hydroponic systems designed exclusively for them.

"We offer a fully integrated service. We advise our customers on chicory production from the earliest stages of planning, help them design their growing chambers and deliver chicory roots just in time," says Philippe. "Through our experience in chicory cultivation, we have managed to develop a system to obtain chicory in just 18 days, and we have even managed to bring it down to 14, compared to the traditional 21 days of forced growth." 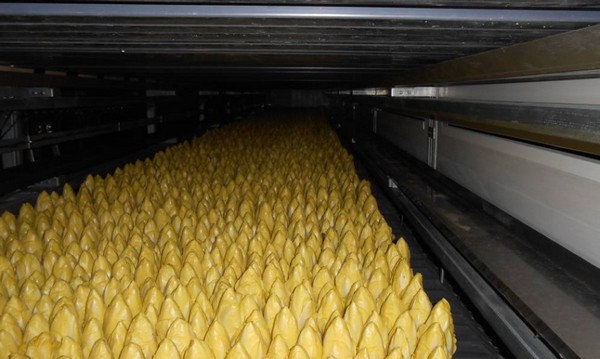 "Our customers are currently producers from France or the French colonies who have decided to include chicory in their range and use the forced cultivation chambers during the winter period. In these chambers, the weekly production of chicory can amount to up to 500 kg per module.

"We are currently immersed in a research project to reduce the amount of labor required relying on our (European patented) cultivation support. This support is a triangular-shaped trough, Delta flex channel, which allows stable cultivation without phytosanitary products and opens the door to mechanization," says Philippe. "We are also studying the possibility of leasing our cultivation containers in the future." 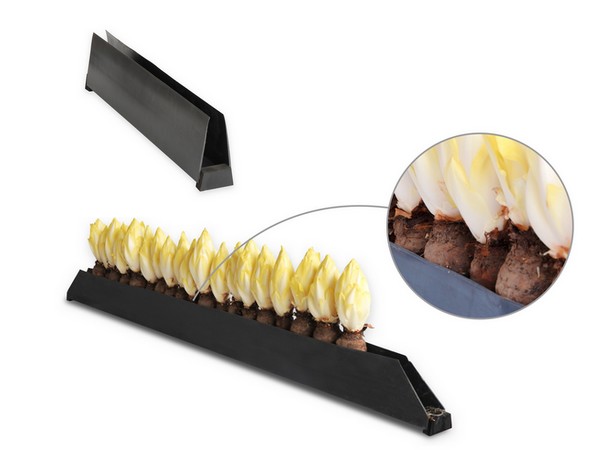