No doubts at Robur's 100th anniversary: "Robots for crop care have just the right future"

On 7 January 2022 it was exactly 100 years ago that Robur was founded. The Westland company has been active in horticulture ever since, currently as a specialist in robots for crop care. To commemorate the anniversary, Robur would like to organise another event, but the Covid lockdown has so far prevented this. However, a small party was already celebrated with the staff. A date is still being sought for a larger jubilee event, while in the meantime they are in De Lier working hard on the future. The 'spraying robot', as it is still popularly called, is continuously under development and is very versatile. 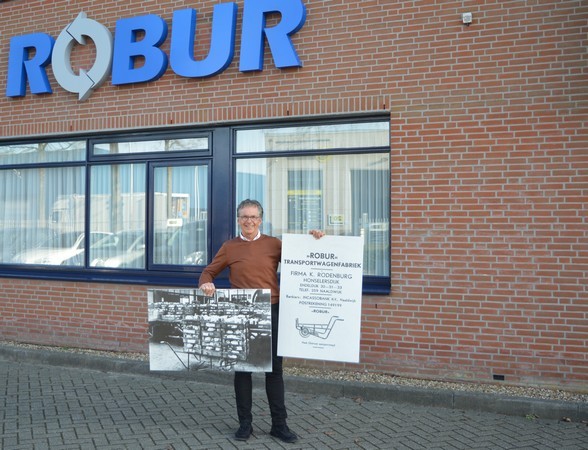 Director/owner Jan van Staalduinen with a piece of company history

The anniversary did not pass unmarked, particularly for managing director/owner Jan van Staalduinen thanks to a small staff party. On the special Friday he received a video message from Bouke Arends, Mayor of Westland, who praised one of the 'founding Westland companies'. The staff had also arranged a surprise for Jan in the form of a video message from his favourite singer Danna Winner. What is special is that because of the anniversary Jan will soon have contact with one of the descendants of the founders of the company. It was the Rodenburg family that started the company in 1922 at the Endeldijk in Honselersdijk. 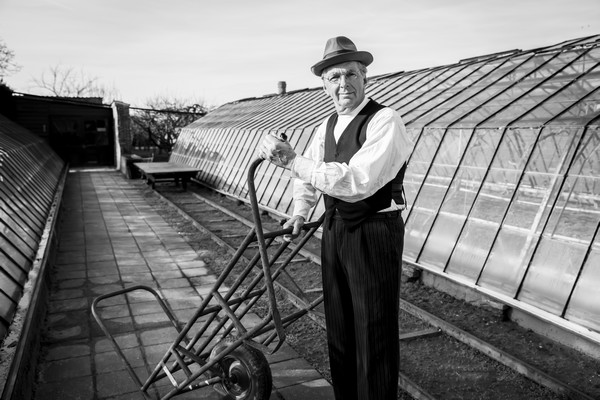 Big in the auction
They turned a company that produced tyre trolleys into a large company with around fifty to sixty employees in the 1960s. A tragic car accident involving the two board members interrupted that period of growth, leaving two widows. The company had to move on and succeeded after the appointment of an interim director, after which the company started to grow again.

"Robur has had quite a few patents and inventions," says Jan admiringly as he leafs through piles of photos and archive material. "It was a big company. For example, at one time all the steel flower trolleys you saw at the Westland Flower Auction (formerly Coöperatie Centrale Westlandsche Snijbloemen Veiling, now Royal FloraHolland) were made by Robur. Even today, the stalls within the auction are still made with Robur fencing, as are the in-floor chain conveyors that take the trolleys past the clock." 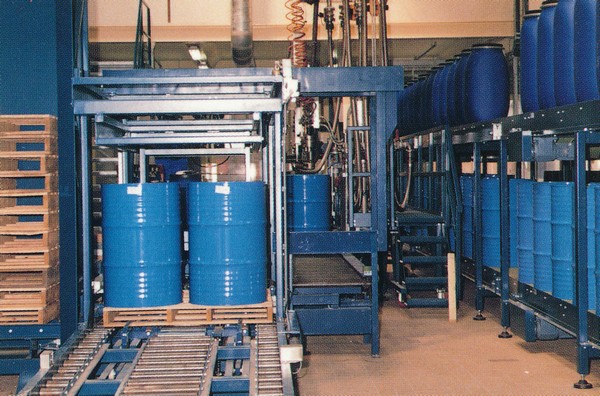 A Robur system for drum transport

Own engineering firm
The sixties and seventies were really a time of growth for the company. Meanwhile, Robur had already moved once, from the Endeldijk to an industrial estate behind the locally well known building Nederhof in Honselersdijk. When the municipality started to develop the present industrial estate there, the company Robur was sold from the Rodenburg widows to Duijnisveld Kasconstrucites in Poeldijk. There was plenty of room in the factory halls that Duijnisveld had just expanded and enlarged. This is where the paths of Jan and Robur crossed in the 1990s.

Jan, the son of a horticulturalist, opted at the last minute not to enrol at horticultural college, but instead to go to the lower technical school (lts). Via the mts, hts and eventually even the University of Twente, he eventually went into the technical field. Jan worked as a stamp maker in the factory of a Westland greenhouse builder, then at a company that made container spreaders to pick up containers like the ones you still see in the harbours, and finally he became an engineer, with his own engineering firm. 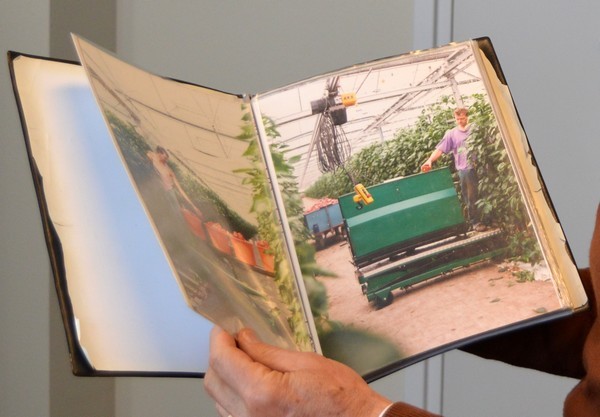 The bottom-discharge system in peppers

Systems for peppers and vine tomatoes
At this point we have moved into the 90's. "Together with my partner at the time, Leo van Adrichem, we developed harvesting carts for sweet pepper cultivation. The carts had to be able to move upwards as the crop grew. From sitting on carts to walking and finally standing on carts. The full trays of peppers were then unloaded from under the system, which is why it was called the bottom-unloading system. 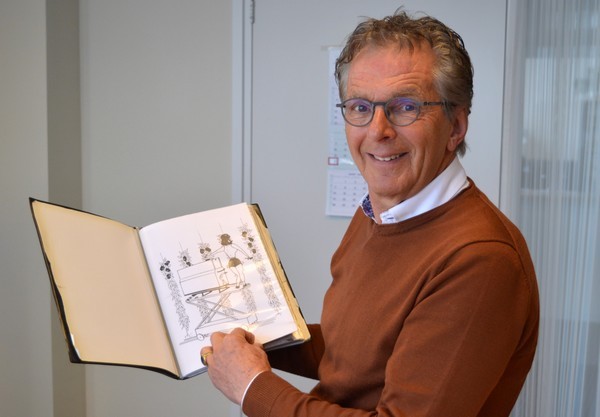 The systems had to be able to rise with the crop, as shown in the sketch.

Another system that the older generation of horticulturalists will remember is a system for vine tomatoes. This was first a system by Robur, which Jan had joined in 1995. He had taken over the company. "Together with tomato growers Jos van Mil and Ab van Marrewijk, I then developed a system whereby you put the tomatoes in a box immediately after harvesting on the harvest trolley. We are talking about the beginning of the vine tomato era. Until then, all the tomatoes went into the shed in boxes. With our system, that changed for the vine tomato. We made a roll-on-roll-off system with harvesting trolleys and internal transport, including weighing and processing the boxes on roller tracks. We sold these systems nationally and internationally, including in the United States and Canada. However, when the projects got larger than 30-40 hectares, it became too big for Robur and we stopped." 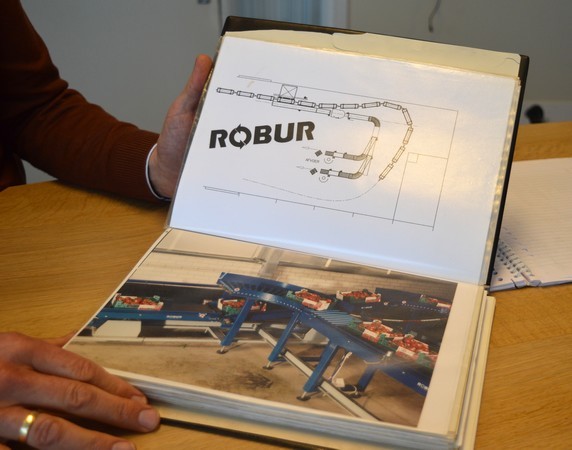 Trick for relocation
From then on, Robur started to focus on robots for crop care. Not a novelty, as the systems already existed in horticulture, Jan emphasises, but with Robur he chose to breathe new life into the systems. To this end, the decision was taken in the late 1990s/early 2000s to move to De Lier. A new factory had to be built there.

Jan still smiles when he talks about the 'trick' he needed to use to build on the Leehove industrial estate. "In those days, Westland was not yet a single municipality. We were a company from Poeldijk and I wanted to move to new land in De Lier. That wasn't really possible back then. They did not want a company from another municipality to reserve land in another Westland municipality. So I had a friend reserve the land for me and as soon as he got it, we went to the mayor to disclose the facts. I was actually the one who wanted to do something with the land and thankfully the mayor agreed." 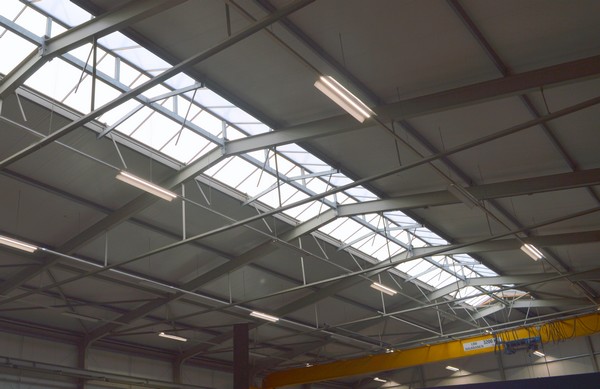 In the factory hall at Robur, you can see from the roof that the links with horticulture are close. A section of the 'greenhouse' has been integrated into the roof to provide sufficient light in the hall.

Focus on robots for crop care
In the new factory, which clearly has features of a greenhouse because of the glass in the deck and also glass in the facades, which allows a lot of natural light to enter the factory, several systems were built at the same time in the beginning. "It was a mega hectic time. The company grew with systems for ornamental horticulture, the system for vine tomatoes and also the robots for crop care. In the meantime, we had to try and have lives too," laughs Jan.

In recent years, the focus has shifted to the robots for crop care. "It is not so much that I have chosen this, but we have shifted our focus as a company. Just as I had a good feeling about the bottom-discharge system and the system for vine tomatoes, I had the same feeling about these robots. I am not very good at making choices, but by following my instincts I have come a long way." 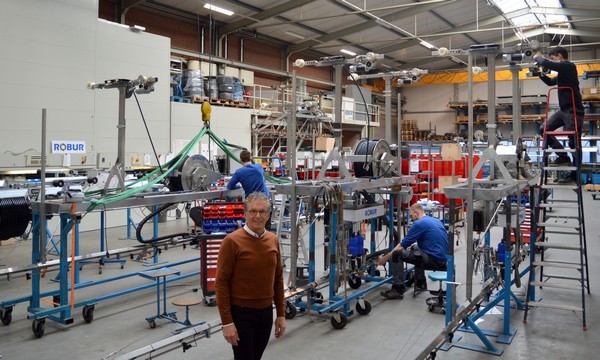 Fully automated
On an afternoon at the end of February, we came across many robots for crop care in the factory. Jan estimates that approximately 40% of these robots now go to greenhouse vegetable growers and 60% to ornamental plant growers. In both markets, there is an increasing demand for automation. As a result, some 80% of the robots are now fully automatic, although Robur still makes manually operated machines as well.

"What we deliver is customised work. Our machines do not roll out of the factory in hundreds. There is only one way to survive and that is by ensuring that the machines we make do what they are supposed to do every day. You can only do that by continuing to innovate, improve, service and listen to your customers. The challenge is to remain customer-oriented in a time of extensive automation. In my opinion, we have succeeded well over the past hundred years. You don't get through a century for no reason." 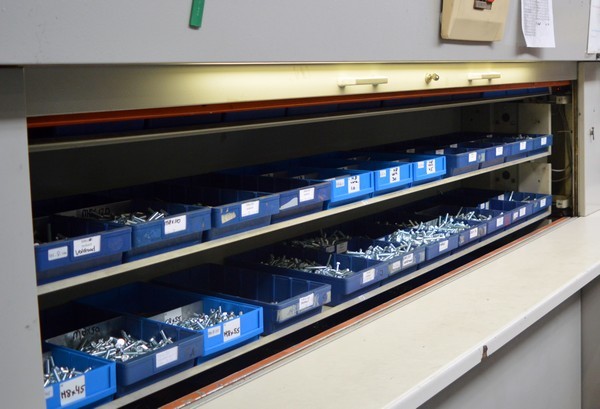 All possible parts are in stock. Important in times of material shortage.

Ambassadors
Jan is positive about the future of the company. "I see plenty of developments where our robots come in handy. As soon as the use of crop protection came under pressure, people started to doubt our product. People thought that the system was finished. Would there still be a future for 'spray robots'? Now I think everyone sees that there is. Our systems are used for crop care with more and more modern biological agents, but also for safe work during maintenance or installation work in the greenhouse."

The descendants of the Rodenburg founders can be proud. Changes of owner in the past brought the company from Honselersdijk via Poeldijk to De Lier and with the robots to numerous growers all over the world. "Those growers, you want to make them ambassadors", Jan firmly believes. In the end, Jan wants to be an 'ambassador' for Robur as well. "My aim now is to ensure that all processes continue without me. That is actually already the case now. It is therefore perhaps time to remove the word 'director' from my business card." 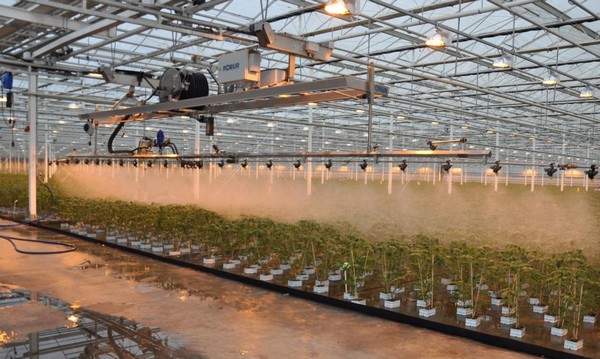