“The people here are enthusiastic and motivated, that's a very inspiring mentality"

China is an interesting market for the greenhouse industry. Fulco Wijdooge, general manager at Ridder, has been living in the Asian country for 18 years now. During that time, he’s got acquainted with all the differences between the Chinese and Dutch markets and entrepreneurial mentalities. 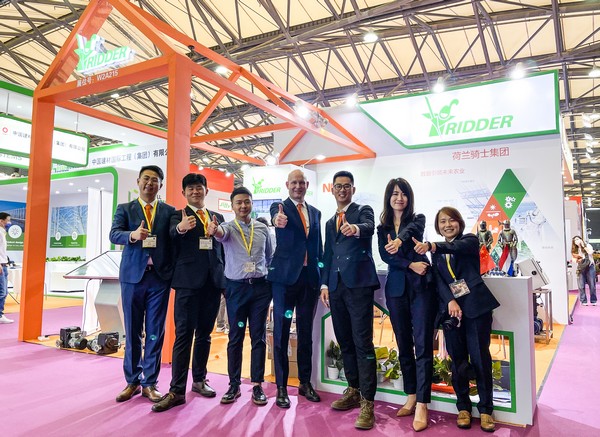 “What you also see is that with all the potential logistical issues, you’ll have to focus more on localization. That’s what I also aim to do here in China – not just operate with sales and services, which we’ve been doing for years now, but also with production and sourcing,” Fulco says.

Fulco also sees that issues arise with other parties. “More and more Dutch companies are setting up offices here in China, but it’s not enough to have just service and sales, especially because the Chinese want to become more independent and import less. That means you’ll have to look at solutions, which is an important goal for us.”

Robots
Another aspect that attracts a great deal of interest in Chinese horticulture is robotics. “On the one hand it could be said that there’s no demand for it in China, but I actually think China is uniquely positioned as a market for agricultural automation and robotics. It’s possible to have drones produced here at a lower cost price.”

And it’s necessary to have that automation, because labor shortage is an issue in China. “There are many people of fifty years of age that also overwork in horticulture to help with leaf picking etc. Those people eventually retire, and then how do you react to that? People aren’t exactly queueing up for a job in horticulture.”

Many growers in China are still low-tech and mid-tech at the moment. “But I believe the future is approaching fast. There's already a high interest, with digitization being a key point. On top of that, in China it’s possible to produce high quantities at relatively low cost, so it’s perfectly possible to take advantage of the benefits of scale in robotics.”

Local culture
All in all, there’s a lot to do in the Chinese market, and Fulco enjoys doing it. “People here are enthusiastic and motivated – they’re always looking ahead and they’re positive, which is a very inspiring mentality.”

Another important aspect to consider is the consumers' trust/distrust dichotomy, explains Fulco. "This makes product branding a bit more complicated. A way to work on consumer confidence is by being constantly visible on the market - but also quality labels can play an important role here. Yet, the distrust sometimes can be so strong that word-of-mouth can be more effective than anything else."