Richard (Rick) Donnan, a well-known and memorable member of the horticultural industry, has passed away. With great sadness, Graeme Smith informs us of his passing last Sunday 11th April, following a battle with tumors over the past few years. 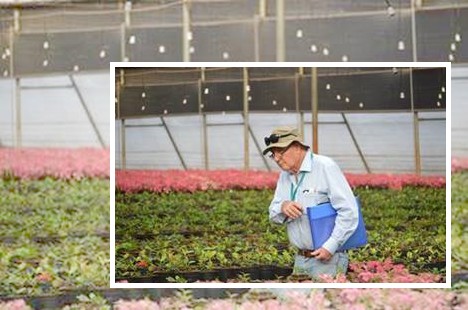 Richard Donnan was a memorable member of the horticultural industry for more than 40 years. After being a member of the ISOSC (International Society for Soilless Culture, an international body to support hydroponic researchers and distribute research information, which operated from 1956 to 1999), he became president in 1992 until 1999.

As the manager of the Growool processing factory (1983 - 2011), he worked on an Australian alternative for rock wool.

Together with Tony Biggs and Greg Seymour, Rick also formed the foundation of many Australian horticultural conferences, which are still taking place regularly.

"For me, Rick was a great friend, mentor, business and training course partner and I shall miss him greatly.

For industry, Rick was involved at so many levels and had many friends and he gave of himself so freely with wisdom, knowledge, friendship, education and professional support to so many over many years.

Deep condolences to his wife Rose and the extended family."