How can vertical farmers power through the energy crisis?

Nations across the globe are currently experiencing an unprecedented combination of events that have led to energy prices sky-rocketing. Freezing winters draining gas supplies, a “windless summer” limiting wind farm activity in the UK and staggering increased demand across Asia with the economic recoveries following lockdown having exerted even greater demand on resources of coal, oil and natural gas. With 85% of homes reliant on gas central heating, and a further third of our electricity being generated through gas, UK residents and businesses are set to see particularly hard price rises when the price cap rises in April, and then again in October.

Simultaneously, the economic impacts of war in Ukraine are also rippling through Europe. As the UK and EU enforce sanctions on Russia to isolate the country, these restrictions have the potential to cause a further economic fallout throughout the continent and the globe. Russia itself is the second largest exporter of crude oil in the world, and the world’s largest natural gas exporter. Although the UK sources just 6% of its crude oil and 5% of natural gas from Russia, countries across Europe are much more heavily reliant on energy exports. With the UK and EU economies still closely tied, it’s inevitable that we’ll see the wider impacts of inflation in our food shops, energy bills, and as a result, interest rates.

In short, Europe’s continued reliance on fossil fuels has been brought into stark reality, and its impact on consumers, businesses and food prices is set to be far-reaching. 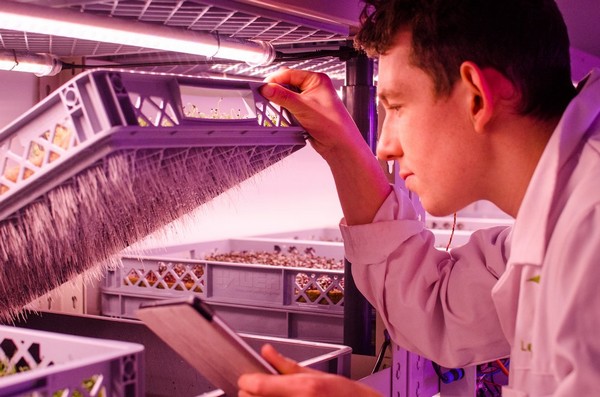 What does this mean for greenhouse and vertical farming?
As with all forms of agriculture, energy consumption and food production are intrinsically linked. Whether it be the petrol or diesel used for transportation, fertilizer production and soil preparation in intensive arable farming, or the electricity used to power controlled environment agriculture - the food on our plates is the result of a long string of processes powered by a combination of fossil fuels and green energy. Inflation caused by fluctuations in energy prices is impacting every corner of the food production system.

Vertical farms are equally vulnerable to these price fluctuations as other food producers, but are particularly sensitive to fluctuations in their price of electricity. Meanwhile, intensive greenhouse agriculture remains largely dependent on combined heat and power gas boilers for heating and electricity, exposing this more established industry to both gas and electricity supply variations.