Vertical farming is becoming increasingly popular in the Middle East, where climatic conditions make it difficult to grow crops using traditional agriculture. Hot temperatures and low humidity mean that the region imports a high percentage of its fresh food, but vertical farming has the potential to increase the country’s domestic food production.

Saudi Arabia’s Ministry of Environment, Water, and Agriculture has already invested millions in vertical farming as it seeks innovative solutions to secure future food production. As water scarcity continues to be a major issue in the arid region, indoor, soil-less farming can transform the country’s food production industry and deliver significant environmental benefits. 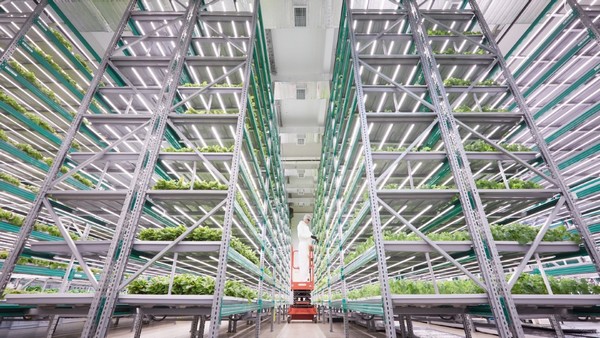 Green Basket’s pilot farm will be the first vertical farm in Riyadh and only the second vertical farm in Saudi Arabia, yet demand for locally grown crops is evident. As Saudi Arabia enjoys a growing tourist industry, hotels, restaurants, and cafes are seeking local suppliers who can offer great-tasting, nutritious foods. With controlled environment agriculture powered by iFarm tech, Green Basket plans to tap into this demand and cater to fine dining establishments and distributors, as well as individual consumers.

“This is a new era for Saudi Arabia, and the hospitality industry is attracting professionals and tourists from all over the world. Until now, popular ingredients have been imported due to poor growing conditions, but we’re excited to bring locally grown produce to Riyadh," said Khalid M. Shokair, Green Basket CEO.

Construction is already well underway to build a vertical farm in Riyadh, Saudi Arabia, and we’re pleased to confirm that iFarm technology is at the heart of the new venture. The pilot farm, Bather, designed by iFarm and launched by Green Basket, will begin operating in June 2022, with its first yield scheduled for July 2022. 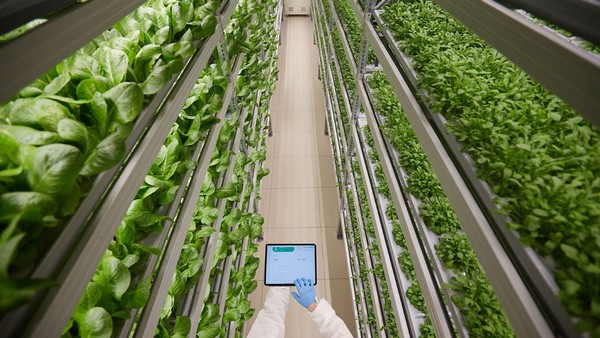 Once fully completed, the vertical farm will feature 11 x 5m racks, giving a total growing space of 2,569 m2 and a production capacity of up to 23 tonnes of produce every month. Eager to experiment with a wide range of crops, Green Basket plans to grow microgreens, herbs, edible flowers, tomatoes, and leafy greens on site. As production gets underway, iFarm Leafy Greens technology will be used to cultivate the first batches of crops, with additional iFarm technology to be added in the future.

CEA in Riyadh
The capital of Saudi Arabia and one of the largest cities on the Arabian Peninsula, Riyadh is at the center of the region’s growing popularity. However, traditional agricultural sites are located approx. 1,000 km outside of Riyadh, which makes it difficult for restaurants, eateries, and consumers to access super-fresh foods. Furthermore, the weather conditions mean that only a limited variety of produce can be grown in any area of Saudi Arabia.

As the food and hospitality industries continue to grow, a global community of chefs is seeking ingredients commonly used in other regions yet remain scarce in Saudi Arabia. Microgreens and herbs, such as basil, rocket, parsley, mint, and thyme, can be used in hundreds of dishes, which is why they’re in high demand. With Green Basket’s new vertical farm in Riyadh, chefs throughout the city will have easy access to fresh, great-tasting ingredients that can be used to create exciting and flavorsome dishes.

Why vertical farming?
After a fulfilling career in geology and oil exploration, Green Basket CEO Khalid M. Shokair turned his attention to controlled environment agriculture. Already a successful entrepreneur, growing microgreens at home gave Khalid the inspiration to launch a commercial vertical farm in his hometown of Riyadh. Following extensive research, visibility studies, and market assessments, the potential of indoor farming in Saudi Arabia became apparent, giving the company the confidence to move forward with its plans.

While vertical farming is already proving popular in other countries in the Middle East, it’s a relatively new phenomenon in Saudi Arabia, which makes Green Basket a pioneering brand within the industry.

“We’re thrilled to support Green Basket as they launch Riyadh’s first vertical farm and look forward to shaping an emerging market. Saudi Arabia is the perfect location for vertical farms. Growing populations and rising demand for fresh produce, combined with challenging climatic conditions, makes CEA a necessary and lucrative prospect. Green Basket’s vision, innovation, and drive is bringing much-needed local food production right into the heart of Riyadh, and we’re proud that iFarm technologies will be used to grow up to 23 tons of fresh, local produce in the city every month,” said Timo Koljonen, iFarm, VP Sales.

What’s next for Green Basket’s vertical farm?
Production is set to begin in June 2022, and Green Basket plans to use the pilot farm to experiment with different crops and varieties. As demand for particular plants becomes established, the farm will focus on the most popular crops and increase production accordingly. Plans for additional vertical farms in Riyadh and the surrounding areas are already in the pipeline, so Green Basket could soon be launching vertical farms throughout Saudi Arabia – and iFarm is excited to be part of their journey.