RoboCrops kicked off with 12 pitches and plenty of discussion

Can the sector do without the audience of around a hundred horticulturalists? That was the question that Peter Jens, chairman of the day, immediately asked during day 1 of RoboCrops. He did not give an answer, but the tone was set for a day full of robot developments. Twelve companies were invited to pitch their innovations. 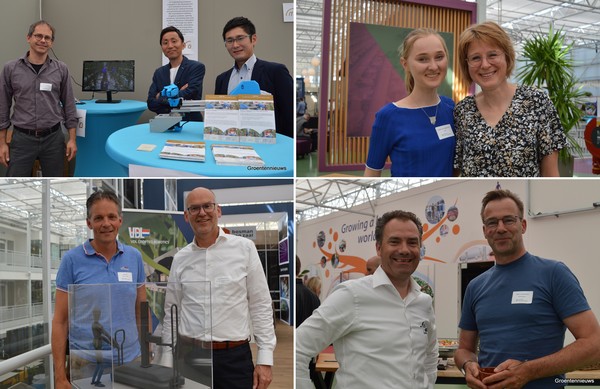 Click here for the complete photo report of the afternoon part of day 1 of RoboCrops.

RoboCrops is an initiative of InnovationQuarter, FME, Province of South-Holland, TU Delft, RoboHouse, Greenport West-Holland, and Robohouse Delft. The platform aims to accelerate the development of robotics in greenhouse horticulture through matchmaking, knowledge sharing, and events. The two-day RoboCrops event had been planned for some time, but after several VOID postponements, it finally happened yesterday (and today). 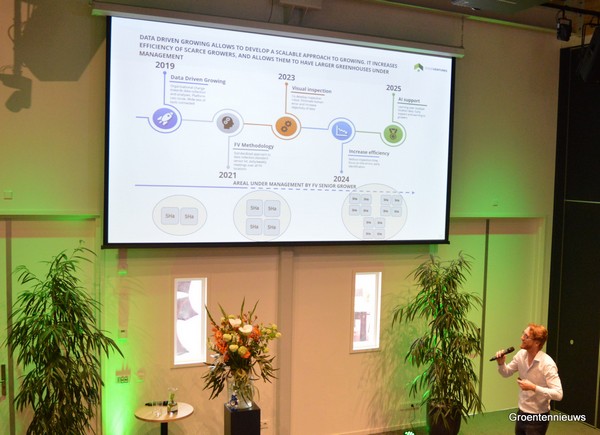 Yesterday's afternoon program consisted of keynote presentations by Dirk Aleven of FoodVentures and Peter Jens, also chairman of the day of Koppert.

Dirk explained how he views the current horticultural market and how FoodVentures aims to provide a future-proof solution to this with a model focused on running greenhouses. Dirk is amazed that growers nowadays still spend about 90% of their time checking whether their crops are doing well. According to him, eighty percent of this time can be saved. With the right tools, the grower can control more and larger greenhouses simultaneously. FoodVentures focuses explicitly on running greenhouse projects. 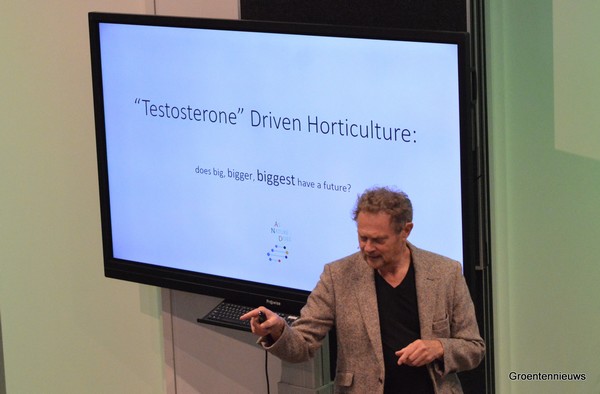 After a stimulating talk by Peter, who expressed his preference for 'biological relativity' in a story about DNA, it was time for the pitches by twelve companies that were allowed to introduce their innovations to the audience. There were many horticultural technology companies in the room, as well as investors, but few growers. It is busy at the moment with events, not everyone can leave their greenhouse, but some of those present had hoped for a few more growers. Growers had sometimes sent innovation managers to Naaldwijk.

Discussion
After the pitches, there was time for discussion, both in the audience and during a subsequent break. The question was raised whether, when the time comes for the robots to drive autonomously in the greenhouse, it will not become total chaos. Is there a need for an air traffic control tower, just like at an airport, to keep everything on the right track? Colinda de Beer of InnovationQuarter and member of the organization team of RoboCrops indicated that this is already being considered.

Another critical question was whether there was enough attention to how the grower should deal with the robot. Aren't the developments for growers going too fast? Sometimes it seems that robots are going to replace people, but then we must not forget that the same people still have to be able to work together with the robot.

Finally, a third point from the audience to think about. Is there already a model that can be used to verify 'all the great talk about robots'? In this respect, a model was meant that looks beyond just the labor costs that a robot can take out of the grower's hands. A robot should not only be faster 'than that tomato picker' but also score well on all other points. Although the questioner doubted whether such a model already exists, one of the robot parties confided to him from the audience that this had also been considered. It is even a 'crucial' point for getting robots ready for practice.

The program continued throughout the day. A second day is also scheduled. The entire program can be viewed here.

View the photo report of the afternoon program on day one here.