Last week the Horti Asia took place again in Bangkok, Thailand. This was the 7th edition of the international show for horticultural and floricultural production and processing technology. The majority of the visitors came from Thailand, yet visitors from India, Vietnam and Malaysia clearly showed that South East Asia is looking for knowledge and technology to develop their horticultural industries. 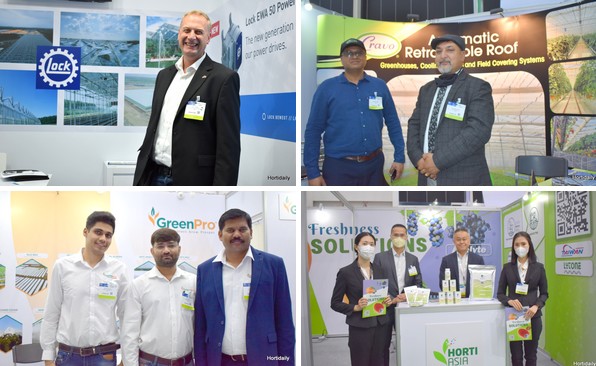 The pandemic has slowed down the developments in the region, as the market was often boosted by tourists and their demand for vegetables and fruits, and many governments had to postpone their support because of the pandemic as well. Also, the high prices of greenhouse projects and utilities, together with a difficult situation regarding transport affect the market developments.

For this edition, Vietnam was announced as the official partner country. Vietnam is a popular market in South-East Asia: there's a growing demand for safely grown vegetables and there are export opportunities. Combined with the favorable circumstances in government support, agricultural background, and labor available, the horticultural industry keeps on growing and so does the demand for knowledge and techniques.

These developments arise slightly slower in Thailand, although the melon market is picking up and greenhouse projects are erected there for Asian vegetables. Unlike earlier expectations, western crops like tomatoes, cucumbers or peppers aren't picked up by the local market, they are mainly grown on a smaller scale for the tourist. At the same time, there's a highly valuable crop that is gathering a lot of attention in Thailand: cannabis. Since legalization, the attention to the cannabis market has gone through the roof. The industry is developing rapidly and there's a major rush going on, which resembles the start of the market in the US and Canada.

Countries of interest also include Malaysia, yet the pandemic has delayed the development of the greenhouse industry since the government, usually, a booster of local projects, postponed its investments. However, with a growing demand for organic products and a local interest in organic production and tools like IPM, Malaysia could become a market to look out for in the near future.

The same goes for India, although the future has arrived there already - with 1.38 billion residents, a growing middle class, and a surging demand for food, it's a market private investors find highly interesting as well. Suppliers should take note of the strong presence of local technology companies in India as well and the business mindset many of them are characterized by. India however provided the majority of the 25% of the foreign visitors of the show. Approximately 75% of the visitors was from Thailand.

Organized by VNU Asia Pacific and DLG International, the Horti Asia is co-organized with the Agritechnica Asia at the BITEC, Bangkok, Thailand.