Canada: Combining vertical with hybrid solutions to 'serve the underserved'

“As an Indigenous-owned company in Canada, our social mission as a social enterprise Beneficial Corporation is to lower produce costs in Far North Indigenous communities by 25% and to get more than 600 of our rural and remote communities across Canada to establish or stabilize their food sovereignty,” says Benjamin Feagin Jr., CEO of AgriTech North, a vertical farming company and social enterprise B-Corp located in Dryden, Ontario.

Dryden is located in northwestern Ontario, midway between Winnipeg, Manitoba, and Thunder Bay, Ontario. Owing to the region’s relative isolation, positioned in the rocky Canadian Shield and harsh Winter climate, northwestern Ontario could be considered a food desert as no food is produced locally year-round, and the region heavily relies on imports. But as Benjamin and the AgriTech North team maintain, vertical farming can help overcome these barriers to improve the region’s food sovereignty without destroying its natural beauty.

“We went with vertical farming because we see this reliance on the land for food production, with forests being cut down in large quantities. We don’t want to contribute to soil erosion or clear-cutting,” explains Benjamin. 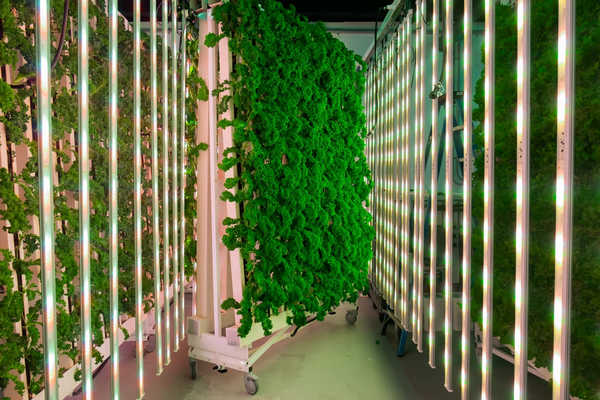 Serving the underserved
As a social enterprise rooted in its vision of food sovereignty for northwestern Ontario, especially for the remote and rural underserved Indigenous communities, AgriTech North is focused on providing communities with access to locally produced food while slashing the prices by 25%.

As Benjamin explains, 10-ounce lettuce that would cost $2.50 in southern Ontario would cost over $10 in the Far North fly-in communities. To increase its reach in northern Canada and bring its products to more communities, AgriTech North has recently hired a Community Engagement Developer to expand its reach over an area in northwestern Ontario larger than France. 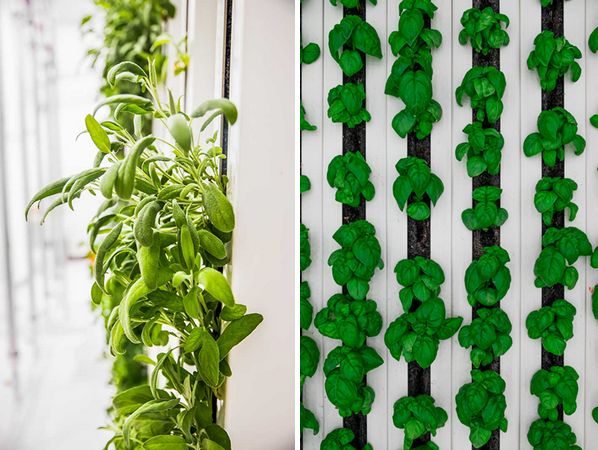 Plans to double production area, implement new technologies
AgriTech North is currently using a 400-square meter warehouse equipped with ZipGrow towers which produce 450 kg of leafy greens, herbs, and fruit per week. According to Benjamin, this production would require 5 acres in conventional agriculture and 15 acres in organic agriculture. This facility is only the beginning, as AgriTech North also has plans to build a 10.000-square meter facility that would combine greenhouse and vertical farming to increase the economic feasibility of growing in northern Canada. By integrating greenhouse and vertical farming innovations, AgriTech North hopes to produce crops that are otherwise not produced year-round in the region.

“There are some crops, such as root crops, which are problematic for vertical farms and are very light-intensive. Greenhouse infrastructure facilitates that. Altogether, we can then grow an entirely vegan diet,” Benjamin says. 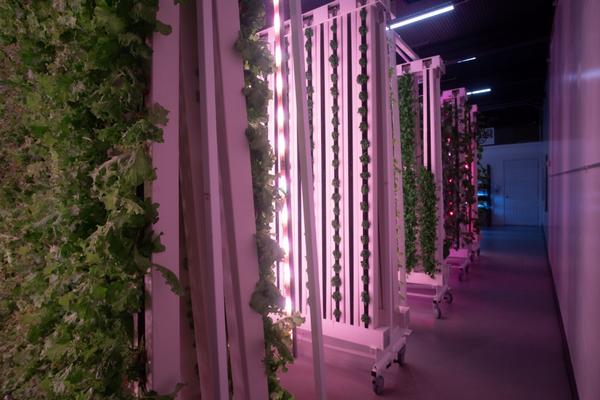 AgriTech also plans to implement a heating & cooling system that would harvest thermal energy from the Sun and/or vertical farm and “inverts it into cooling,” as Benjamin explains. As for the greenhouse structure, AgriTech North is looking at a multi-layer inflatable structure. The material requires much less steel support than a glass structure, has a high light transmissibility that includes ultraviolet, and has a superior insulation factor owing to its three layers with compressed air between them.

Technological advancements always need to be validated before being adopted on a larger scale, but this is especially challenging in northwestern Ontario, where AgriTech North is located, and northern Canada as a whole. The region’s isolation and limited infrastructure means that any technologies need to be reliable, difficult to damage, but easy to fix, as troubleshooting can be difficult without readily available specialized technicians and would quickly run up a large tab through shipping fees, access to maintenance services, etc. However, AgriTech North is up for the challenge and is already building and validating sustainable local food systems.