"I can speak for the whole team here when I say it has been an amazing journey so far. Between the previous edition and now, the world has changed profoundly. The designs that teams sent in reflected these changes," said Tiffany Tsui, member of the selection committee of the third edition of the Urban Greenhouse Challenge, organized by Wageningen University.

"What we also saw is that teams found it more difficult to come up with a complete plan, as there were more constraints than last time. We saw that in the first round, teams were struggling and searching for a direction. After the first milestones, teams made progress, focusing on who they are and what they want to work on, standing up for their creativity and innovation," she added.

The selection committee noted many specific differences between the submission of second editions and submissions this time. "Last edition was based in China, with a completely different surrounding. There was no local community to think about, so the social aspect was much less important. This year, there were many site constraints and daunting social problems in the neighborhood that were not necessarily familiar to all the teams. Last year there was a stronger focus on architecture. This year teams stressed social impact and cultural differences. At the same time, I think teams could use visual storytelling to their advantage," Tiffany said.

The winners
The teams received congratulations from companies involved in the coaching process. "Congratulations on achieving the milestones of the WUR challenge, learning things about vertical farming and indoor farming. For the final term, I wish you all the best. If something is still needed, or you want advice, you are always welcome," said Art van Rijn, founder of Artechno. Elisabeth Boelrijk, director of University Fund Wageningen, added: "We find it very important to stimulate the personal and professional development of students and young alumni. I congratulate the top teams that are developing their innovative concepts."

Team Refarm was praised for their understanding of the local context in designing a farm that fits the location and its needs.

Tiffany Tsui then addressed each team individually, complimenting them with their strong points and giving feedback where the jury thought something was missing. Teams were praised for their design, especially if they showed they had clearly thought about the surroundings of the site, which is partly located on a hill. Team Frucolas, for instance, was applauded for their village-farm style design, which the jury deemed "visually pleasing and attractive to the local community."

Teams were also praised if their business plan showed a realistic understanding of the local context and the small budget. One team had done extra research, looking into the possibilities of partnering with local start-ups for composting the plant waste. Team AMS Caterpillars was lauded for their sustainable design, making use of climate-neutral building materials. 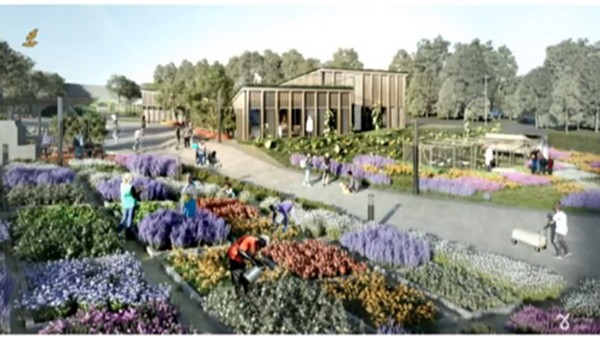 However, the jury was also critical, pointing out the things lacking in the design entries. One team planned to grow "high-value ornamental plants" to create revenue. This, however, failed to impress the jury as there was no mention of which plants would create enough revenue. Another team was criticized for writing a business model that could have been used by any start-up in any field.

Three of the ten finalist teams will be announced winners at the final event on June 29.