CEA farming models can be a profitable option for Caribbean growers

The state of horticulture in the Caribbean

With ever scarcer resources, prices of fertilizers and energy spiking recently, doing more with less has become paramount when it comes to growing food. It should go without saying that Controlled Environment Agriculture (CEA) is the perfect platform for putting that principle into practice. Yet, it’s far from being a one-size-fits-all solution. “When I was first brought to visit hydroponic greenhouse farms in Aruba, I saw that none of them were fully designed to address the unique needs of the Caribbean climate and market,” says Joseph Chidiac (JC) horticultural engineer and technical advisor at Cultivation Bioengineering. “Historically, farms have deployed conventional solutions, such as NFT, DFT, or Dutch bucket systems, quonset greenhouses, and pad and fan cooling systems. These solutions were designed in and for Europe and North America and don’t perform as well in the tropics as they do in higher latitudes.” 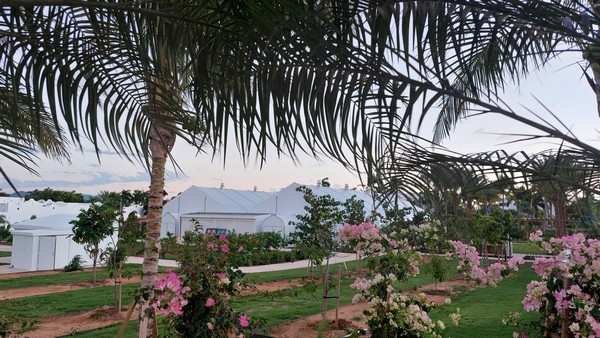 The struggles of Caribbean growers
A lot of the work JC does is for the Caribbean, and he says that the challenges for horticultural growers there are twofold: “Managing the environment to improve crop performance, and reducing or eliminating the need for the expensive and often toxic plant protection products (PPPs) that farmers use.” Because the vast majority of farms in the Caribbean are in the open field, they constantly face issues with pests and diseases as well as climatic challenges. “This is the case for tropical and warm weather crops,” JC points out. “So when it comes to cool weather crops such as leafy greens and herbs, farmers suffer even more from poor yields and low crop quality, in addition to seasonal inconsistency, not to mention droughts, floods, and hurricanes. At the same time, working in places like Jamaica and Trinidad has helped elucidate the value of simple solutions such as drip irrigation, shade cloths, and polyethylene films in reducing crop stress and improving outcomes. These are relatively low-cost solutions, but taking it to the next level of control and efficiency requires more discernment and technical know-how.”

This is a huge struggle for growers who normally deal with razor-thin margins, making the cultivation of cool weather crops riskier and less attractive despite the higher market prices they command. This wouldn’t be that much of an issue if food consumption in the Caribbean remained primarily limited to local, indigenous crops. Tourists pouring into Caribbean islands, however, expect to find the same food they usually consume at home. Little by little, the cool weather vegetables market has grown to the same scale as indigenous crops, “and it’s not just visitors who consume those vegetables anymore, but locals too. As a result, it has become a significant market that is not going away anytime soon. Meanwhile, however, work needs to be done to reduce the imports of such products, and in doing so, increase their quality and positive impacts on the local job markets.” 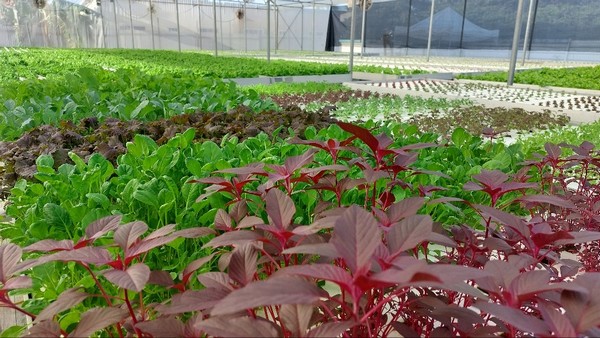 Barbados is a perfect case study of the struggles of Caribbean growers and how a different farming method might help them become profitable and produce high-quality and high-value products. “For instance, Barbados is largely covered in sugar cane plantations, which face a lot of issues with pests, weeds, and fungal diseases. Those who grow sugar cane use a lot of PPPs, and while theirs is not a sustainable or profitable farming model, they persist due to limited options and resources. In turn, governments in the Caribbean often subsidize these farming models that don’t lead to progress or prosperity. That’s where CEA  can make a big difference.”

Setting up greenhouses in Aruba and Anguilla
JC did in fact start his Caribbean journey with a project in Aruba involving starting a Shallow Aero Ebb-and-Flow (SAEF) hydroponic farm based on his master’s thesis. The system allows for the production of a wide variety of crops and reduces the amount of energy required to irrigate, aerate, and cool the root zone. “In the past few years, we have demonstrated the stability and efficacy of such a cultivation system, and we have indeed been able to grow more with less, proving the potential wider impact of such simple innovations,” he says. On the Local Pride Aruba farm, they now grow different kinds of microgreens, lettuces, basil, cilantro, chives, parsley, bokchoi, arugula, and kale. On top of that, they have also experimented with tomatoes, beans, and some alternative crops. “Spinach is one of the most challenging things to grow in the tropics, as it very much requires cooler weather,” JC points out. “So, we grow this tropical vine crop called Malabar Spinach, whose leaves look and taste like the spinach consumers are used to. It is even higher in nutritional value, making it an excellent alternative crop.” As this project expands and interest in the model from third parties grows, JC has been collaborating with various investors and growers to implement the SAEF system in different settings.

Another interesting project is the greenhouse farm at the Aurora Resort & Golf Club on the Caribbean island of Anguilla. “There used to be a very iconic greenhouse there run by Dr. Howard Resh, and that was sadly swept away in Hurricane Irma. I was fortunate enough to have the opportunity to design the new farm and install SAEF systems in the new hurricane-resistant greenhouses. They grow a wide variety of crops, which would be highly unusual for a commercial farm. However, since they supply the resort restaurants only, it contributes to significantly reducing their imports of fresh produce.” This type of resort typically has a huge demand for such cool weather crops, and the Anguilla example proves that if a system is tailored to address the complexities of a given location, then successful and diverse protected cropping is possible also in the Caribbean. 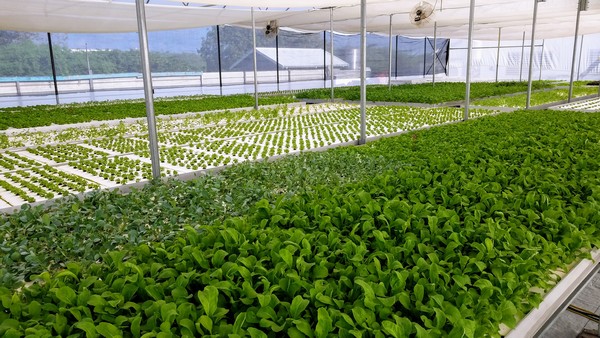 Not the place for vertical farming
Worth noting is that the potential is highest for greenhouse cultivation, as indoor vertical farms are less suitable for the Caribbean because of many factors. “The Caribbean is one of the places in the world where vertical farming is the least viable for most crops currently,” JC says. “The energy required for lighting and climate control is substantial, and the cost of energy in the Caribbean is amongst the highest in the world. This causes the cost of production to be higher than it would be in a greenhouse and, therefore, less competitive. Plus, there’s so much sun here, it just doesn’t make sense not to harness that. There are some vertical farm examples in the region, and most of them are containers with few exceptions – there’s an aquaponic vertical farm in Puerto Rico, for instance, and it is a great example of what’s possible, but it will need to move to off-grid renewable energy sources to become more competitive.”

Advancing horticulture in the Caribbean
“With so many past and present experiments in Caribbean greenhouse farming, and with new greenhouse farms popping up across the region as we speak, the technologies and methodologies that contribute to success will become more evident, and the minimum viable solutions will be clearer for all to see. The aim, after all, is to create a resilient and climate-smart food system that can stand the test of time and provide for people long term.” 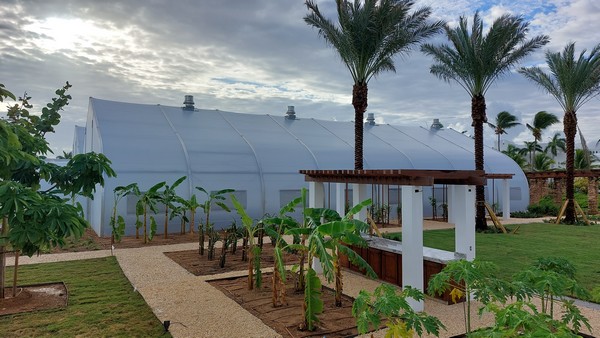 Thus, seizing opportunities in the horticulture space is all about being realistic about the specific challenges and finding the most cost-effective and sustainable ways to solve them. “Greenhouse structures, environmental control systems, crop species and varieties, cultivation systems and methodologies – all need to be geared towards overcoming that particular challenge. That means taking it seriously and giving it due consideration instead of the more common copy-paste approach.”