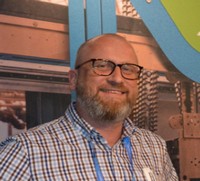 Terms like 'booming' and 'the future' can be used to describe vertical farming. But also 'lack of standardization', says TTA, which has set up a separate division called 'Indoor Farming.' Renko Schuil started there in March as Business Developer in Indoor Farming.

"The concept of indoor farming may go back decades, but the real acceleration only started a few years ago. Technological progress and the associated cost reductions have acted as a catalyst," says Renko. "Like in so many new markets, all kinds of parties are emerging to focus on this development. This is great because these drivers mean the market is making leaps and bounds towards maturity. But the sector is not yet completely mature, as far as we are concerned. A great deal of attention is being paid to the cultivation side of vertical farming - rightly so, of course, because that is where it all starts. But ignoring logistics and automation, as is often the case at present, is not a good thing." 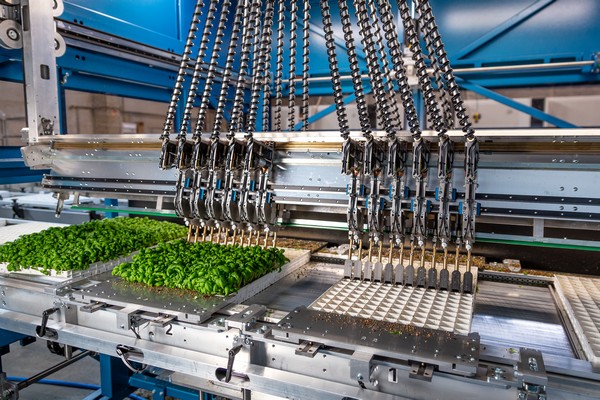 Rock-solid must
TTA is therefore keen to make contact with the market to draw attention to this issue. "Various cultivation systems have been invented, and new initiatives are still emerging today. Some of these systems are based on stationary cultivation with automation brought to the crop. By this, I mean that when a robot has to come to the crop, the dimensions of the robot, the room to move, and, for example, battery life play a role." 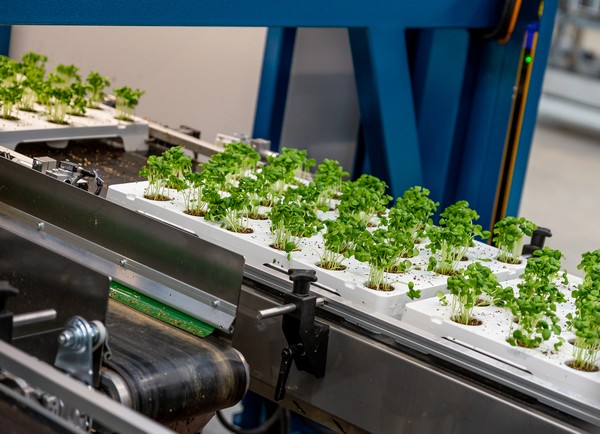 From the point of view of cultivation, Renko understands that this seems logical to people, but according to him, it is absolutely not desirable when you look at it through an automation lens. "You put a robot in place for the action it has to perform. The most efficient way of automating is when you bring the product to the action. Travel time drastically reduces the efficiency of a robot." And one thing is for sure; at the scale where vertical farming seems to be profitable, automation is a rock-solid must, according to the business developer.

Avoiding restrictions
At TTA, they have also noticed something else, another development. "Many farms start out as start-ups, with a great deal of human labor and a focus on cultivation. The intention is often that, once the cultivation is under control, they will scale up and expand their production capacity. But if logistic processes and automation are not thought through during the start-up phase, they get in the way. Then they have to work with limitations that these companies have imposed on themselves."

Renko gives examples. "Sometimes, the propagation tray that growers use turns out to be difficult to use in combination with a transplanter. Or even worse: it happens that in the entire logistics operation, there is no room for a harvester or transplanter." 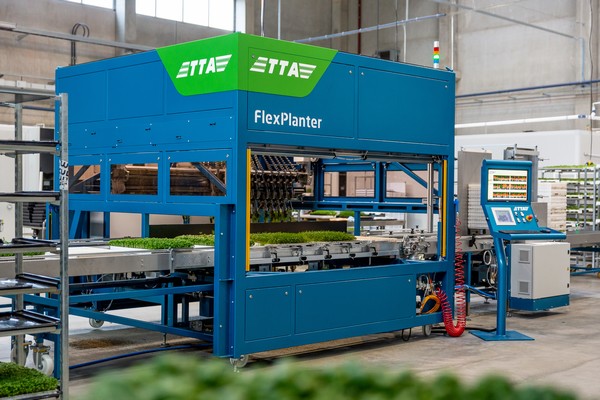 Modular
By thinking along with the customer at an early stage and, as a partner, taking the customer through all the steps in the process, TTA likes to work with the customer to sort out their future operation. "For example, in many projects, we supply complete lines: sowing, transplanting, harvesting, washing, and all logistic movements between these processes. We can work with almost all cultivation systems to take over trays and such and return them to the system."

TTA's lines are modular. That means the entire line is determined by the customer at the table. "Whether they then start with just a seeder or with the whole line at once doesn't matter, as long as the right choices have been made in the basic design." 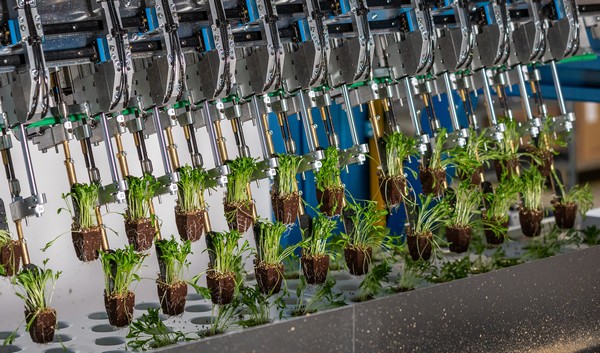 Separate division
In order to do their job as best as possible, TTA has set up a separate 'Indoor Farming' division. Renko pauses to consider the name. "The terms currently vary quite a bit. Here too, there is no standard yet. Within TTA, Indoor Farming means all cultivation in closed systems, both horizontally and vertically."

The specific attention TTA is now giving to the fast-growing sector is bearing immediate fruit. "At the moment, the systems of TTA are literally running worldwide in indoor and vertical farms. From China to the Middle East and from Europe to North America." TTA delivered the first machine for indoor farming in 2019. From 2020 onwards, it took off in such a way that the company started to pay much more attention to the sector. "It is the fastest growing division within TTA, and we do not see a change in this for the time being."

At the upcoming GreenTech in Amsterdam, TTA will therefore focus (almost) entirely on Vertical Farming. The company has a stand at the Vertical Farming Pavilion; stand 05.270VF. "We expect to be able to speak to a lot of existing business relations here and discuss the latest trends. Of course, we also want to get to know new players in the target group and stress to them the importance of automation. With the increasing interest in automation and growing fame as a turn-key provider of automation for all processing processes, we expect a busy week in Amsterdam, and especially afterwards, of course."