It’s been a while, but yesterday, the first in-person Indoor AgTech Innovation Summit kicked off in New York again after two virtual ones. More than 500 attendants came to the event in person, whereas 100+ others joined virtually.

After a long stop of this event in-person, happy faces and ongoing conversations gave away that many were glad the event could take place in the Big Apple again. The mayor of New York opened the event with a high appreciation towards the industry (players), and shortly after that, Stephen Ritz (Bronx Machine) made sure that everyone was widely awake after that with his booming presentation.

Last year, there was a certain highlight on the entrance of alternative products entering the summit, as well as reaching efficiency in scale, production and processing crops. This year, topics discussed are focused again on optimization, profitability, lighting, reducing costs with robotics, and so on.

For now, we can already give you a sneak peek at who was present yesterday but don’t forget to tune in on Monday to view the entire photo report. 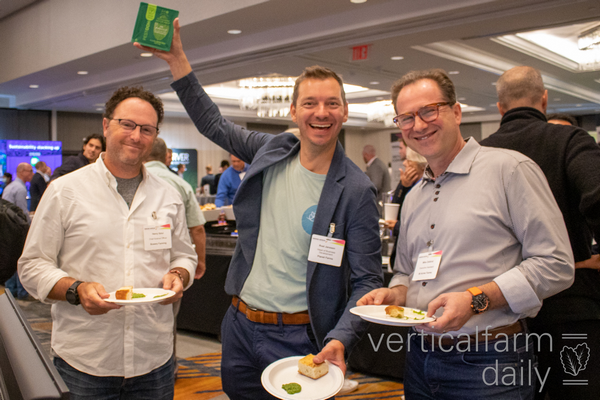 Henry Sztul (Bowery) and Mike Zelkind (80 Acres) try Planet Farms' pestOOH! during a network break. Roel Janssen (Planet Farms) is showing off the product with pride. Don't think they got any left after this ... 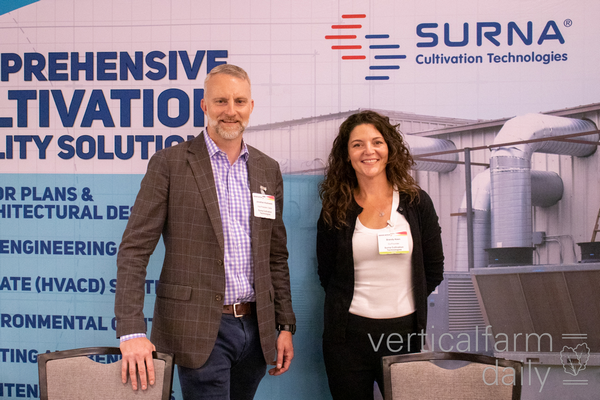 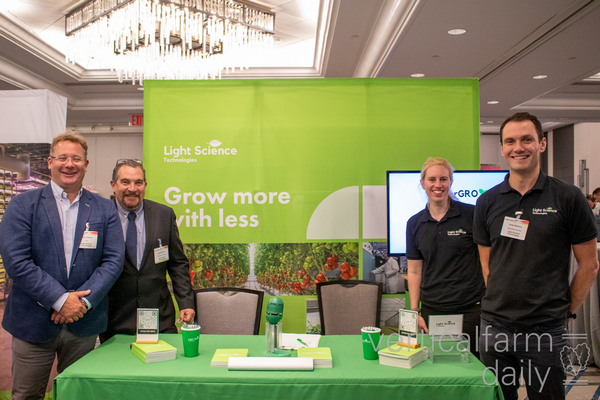 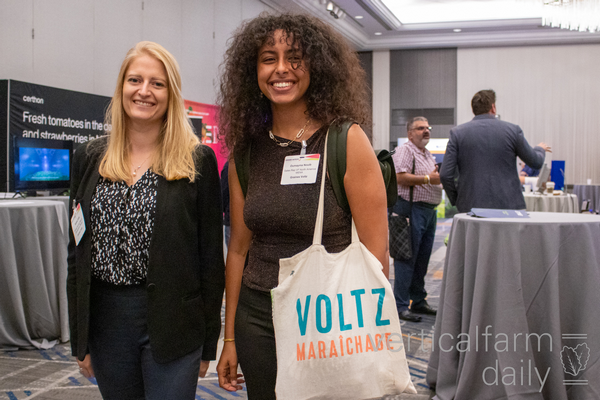 Recognizable by their branded bags, the ladies of VOLTZ Maraîchage Solène Voltz and Oumayma Nouib 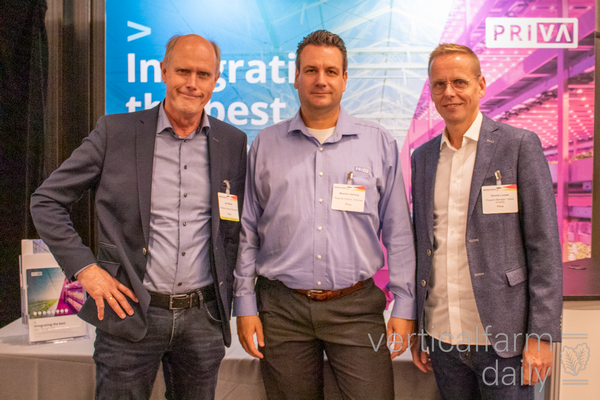