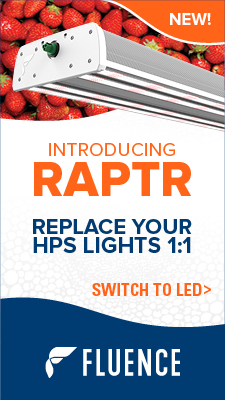 “We provide one of the best-controlled environments possible for plants, whether it’s in a greenhouse, indoor facility, urban farm, or rooftop. Anywhere that is growing plants, we have the tools for that,” says Luis Trujillo, General Manager of Hoogendoorn USA.

Hoogendoorn is among the top providers of climate control systems for greenhouses, but the company has also installed its systems in indoor farms. As Luis explains, the layout in indoor farms adds a certain level of complexity to the operations, which growers often underestimate. A major difference with indoor farming is the heavy emphasis on airflow as indoor farms produce crops very densely and on multiple levels stacked atop one another. Vertical farms need to pay close attention to airflow to limit the development of microclimates which can impact crop health and vigor from one layer to the next. 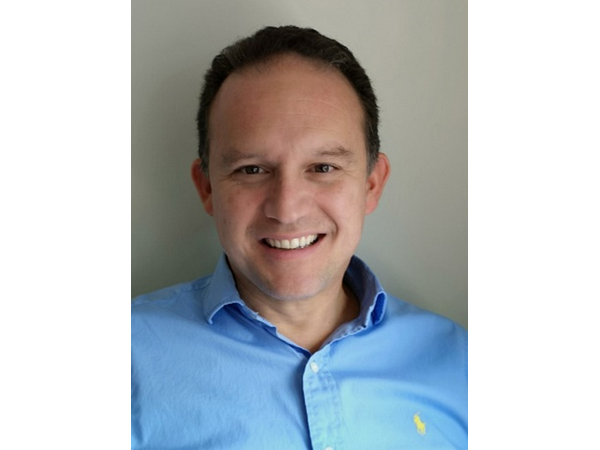 “Airflow in a vertical farm is critical as when you have multiple levels and lots of plants in each level, you create a habitat that is quite complex to control,” says Luis.

Continuous airflow
As Luis explains, airflow is strongly linked to HVAC systems in vertical farms, which is not typical in the greenhouse industry. While vertical farms are designed to be completely isolated from the outdoor environment, this concept comes with a trade-off as vertical farms require high amounts of energy for most processes, including ventilation and cooling.

Whereas a greenhouse’s first step to dehumidify would be to open the vents, indoor farms have little choice but to run the HVAC in continuity to ensure continuous airflow, export of heat from the lights, and removal of water vapor produced by the plants. With HVAC being one of the most important systems in a vertical farm (alongside irrigation and lighting), it is crucial that these systems communicate well with climate controllers and be properly dimensioned. Unfortunately, many are not.

“The biggest challenge that we face is when vertical farms are implemented in warehouses, and a commercial HVAC system is installed, which is not typically dimensioned with plants in mind. This means that airflow cannot be properly managed,” explains Luis.

Vertical farming, an immature but growing industry
As Luis explains, one of the challenges with designing a vertical farm with optimal airflow and a well-dimensioned HVAC system is the immaturity of the industry, as vertical farming really gained momentum only 4-5 years ago. In the greenhouse industry, expansion projects begin with the owner reaching out to the greenhouse builder, who then brings all of the players together to plan the project: electricians, lighting companies, screen providers, gutter providers, etc. In vertical farming, Luis has noticed that the farm often contracts an engineering company early, who then introduces their own control and management systems which run into problems during production.

“In greenhouses, the grower has the experience and knows who to call. In vertical farming, a lot of people think that they know, but then production doesn’t go as planned,” says Luis. “Few vertical farms will approach us at the beginning of their project while the others come in mid-phase after a few mistakes have been made.” 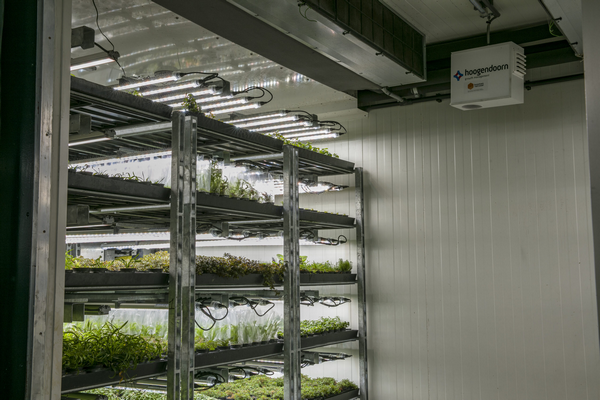 As Hoogendoorn’s climate control systems are highly advanced, it isn’t just any vertical farm that would be in a position to implement them. Rather, Luis expects that vertical farms will settle into three main tiers, like greenhouses have low-tech, mid-tech, and high-tech. Hoogendoorn is most interested in working with high-tech vertical farms that have a high production capacity.

Also, Luis explains that Hoogendoorn’s advanced capabilities and analytics on the energy side makes it a good choice for vertical farms that are applying for energy rebate programs and need to thoroughly document their energy consumption.

“Some projects can access interesting rebates, but you need to prove your energy efficiency, so you need a system that is capable of proving this so that you can get the rebate. Our tools are very efficient for this,” explains Luis.

As a general message to the vertical farming industry, Luis encourages vertical farms of all sizes to open their minds and not be afraid to get knowledgeable people involved in their projects. While the greenhouse reality may be far from that of a vertical farm, there is a lot of knowledge and technology that can be adapted to vertical farms rather than trying to develop everything in-house or with firms that have a limited understanding of a plant environment.