Indoor growing system for cherry tomatoes where no labor is needed

There are currently two big issues in horticulture: saving on energy and labor and the growing demand for locally produced food. At Certhon, they have the solution for those issues, according to CBDO Edwin Vanlaerhoven: a fully automated vertical farm named Gronos. 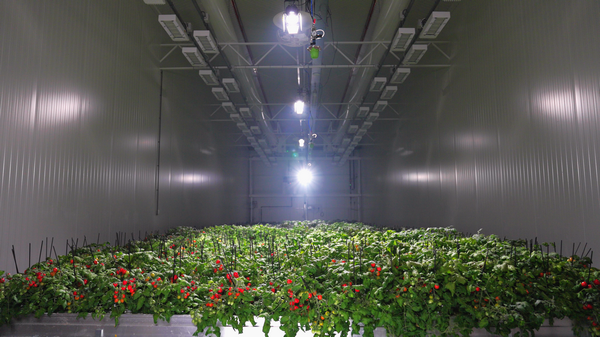 Special tomato plant
That’s why Certhon developed a concept where cherry tomatoes are grown indoors from start to finish, without human hands touching the fruits. “In our Certhon Innovation Centre, we set up a proof of concept on a large scale to look at the combination of climate, technology, and genetics: the plant is an integral part of the concept. For that reason, we started a joint venture with breeding company HW Seeds for plants in factory cultivation, precisely because the plant is a crucial part of the process. Although ultimately, we hope that the larger breeders will also start developing varieties for indoor cultivation.”

What makes the newly developed plant unique, Edwin says, is that it’s a determinate tomato plant. “Just like the original tomato plant, all the flowers and fruits are set within a very short period of time, which means they also mature all at once – and when the plant enters the cultivation stage, it doesn’t create any more new leaves, putting all of its energy into maturing the fruits.”

Particularly in indoor cultivation, it’s important that the plants are off to a good start. “Because the fruits are set in a short time, and they’re set maximally, the plant is full of fruits in the first stage of our cultivation process. The plants are then automatically transplanted into a mobile NFT system.” 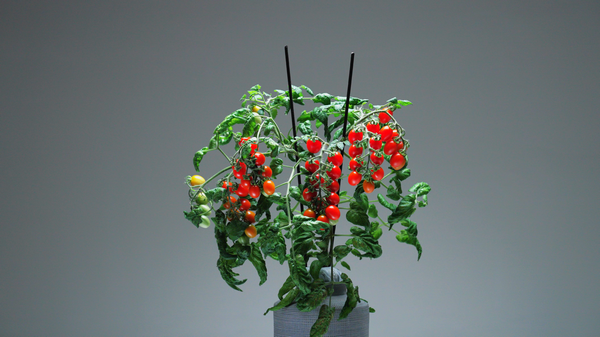 Growing and harvesting
“What follows, after the 5-week propagation stage, is the cultivation stage, which lasts 10 weeks. That cultivation stage can also be done in a hybrid greenhouse (the new generation of high-tech greenhouses). “With 5 rounds a year, you can grow tomatoes without any human hands involved,” CIO John van der Sande adds.

Whether you’re growing entirely indoors or in a hybrid greenhouse, the Gronos concept is fully location-independent, Edwin says. “We developed growing recipes, with which we can achieve yields of between 55 and 60 kilos per square meter. And looking at the genetics, the new varieties we’re testing, as well as finetuning the system, before the end of the year, we’ll have a realistic target of 70 kilograms per square meter. Compare that to a high-tech greenhouse, where you’ll get 30 kilos max – and Gronos also uses no labor or crop protection, using organic fertilizers.”

Because more than 95 percent of the tomatoes mature at the same time, the harvest process is also a lot easier to plan, John explains. “And we’ve developed a harvesting robot that doesn’t pick the tomatoes but separates tomatoes and plants, fully automatically.” That way, the entire plant is used: tomatoes for consumption, while the plant residue can be used in the biodigester, for instance. 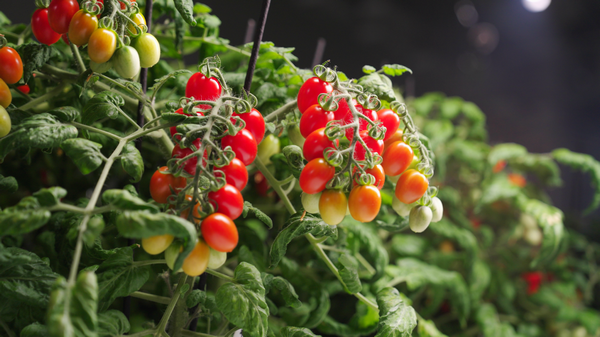 Flavor
Of course, the flavor is an important aspect of any tomato, something they’ve also thought of at Certhon. “We were looking for a small tomato plant with tomatoes that are very tasty, and ultimately we’ve managed to do that through genetics,” John says. “Major tomato growers who’ve tasted them are also enthusiastic – not just about the new cultivation method, but also about the flavor of the tomatoes.”

The idea is to market the tomatoes grown with the Gronos system in the premium segment. “That way, customers get a new revenue model,” Edwin adds.

Tried and true
After 5 years of research and more than 25 cultivation cycles, Gronos can be called a tried and true concept, which Certhon will use to offer growers ready-to-use growing recipes. “This will literally be turn-key,” Edwin says. “With Gronos, really anyone can grow cherry tomatoes with the push of a button. The tomatoes will have a weight between 11 and 12 grams and a brix between 9.5 and 10.5. Almost anything can be controlled through the climate within a certain bandwidth. It is also possible to steer on output, which makes it possible to live up to the needs of the customer.” 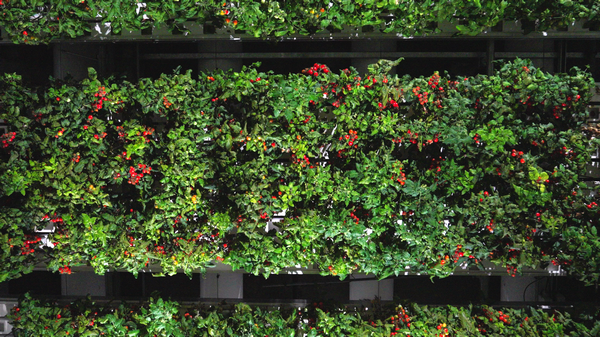 Optimizing
That’s all very nice, but there’s even more – John explains how they’re constantly looking to further optimize the Gronos system. “We want to keep bringing down cost and environmental impact of the cultivation. And we’re also working on new varieties in color and shape of the tomatoes.”

Strawberries
Finally, we’ll sneak a peek at one of the new crops they’ve been working on at Certhon: strawberries. “In another climate chamber, we’re working on the continuous production of transportable strawberries in a plant factory for true year-round cultivation,” Edwin explains. “There will still be labor involved, but it will be a fraction of the labor needed in conventional strawberry cultivation.”

Here too, flavor plays a part. “What many people don’t know is that when you pick a strawberry, it continues to color, but it doesn’t mature. So if you can grow strawberries close to the consumer with the Gronos system, you end up with more flavorsome strawberries.”

The proposition for the Gronos strawberry concept, which can enter the market this year, is to do as well as in tomatoes. At the moment, they’re picking 45 kilos per square meter, but more important than the quantity is the quality. Edwin concludes: “Super tasty strawberries year-round, close to the consumer – that way the customer can also market it under a brand name, just like with the premium tomatoes.”