“This month, the UK Government announced its new strategy to boost UK food production and back British farmers through technology and innovation in the sector. The plan outlines how the Government, through incentives and investment in research, will support farmers to build our ‘ homegrown’ capabilities. In an industry that hasn’t seen a huge, industry-wide shake-up to the way we do grow food since the industrial revolution, it all sounds good so far," says Jaz Singh, Founder and CEO of Innovation AgriTech Group (IAG), a UK-based vertical farm supplier.

Labor shortage
However, since the announcement, there have been numerous industry voices reminding us that, Jaz explains. He goes on, "In recent years especially, there has been a noticeable and widely reported labor shortage. Essentially this means there won’t be enough people to pick the crops, which will cause issues when it comes to harvest, potentially leading to wasted food."

When looking at the wider industry, however, it’s also clear to see labor isn’t the only area where there's a shortage of people. In the UK the focus is being placed on technology and driving innovation. However, according to Jaz, for companies developing solutions, as at IAG, the big question is – where are all the qualified people? 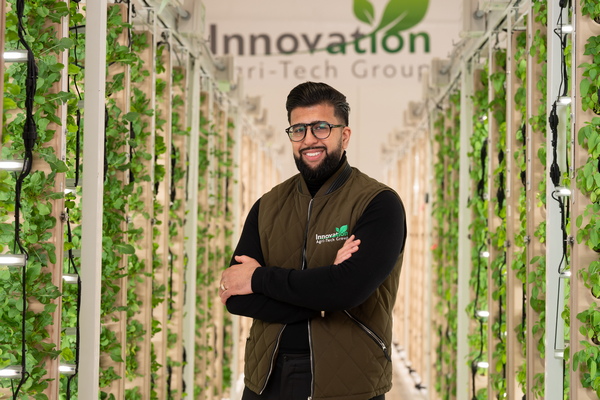 Lack of skilled labor
Adding onto that, "Developing technologies to complement traditional farming methods and help increase food production levels in the UK. Especially in a sustainable and consistent way, encouraging locally grown produce, and giving people access to healthy and affordable food, is no easy feat. It requires an army of people from plant scientists to engineers, to the people who pick the produce – and everything in between. Since being founded in 2017, at IAG, I have seen first-hand the recruitment challenges. As Agri-tech evolves, resources will become an expanding issue and the lack of talent will become more apparent."

With 2021 figures from UCAS, Jaz points out that nearly 40% of the UK’s 18-year-olds were due to start a full-time undergraduate course in September 2021. Since that's an increase from the previous year,  the big question is, why is there a lack of skilled people? Jaz says that the vertical farming sector believes that the industry has been too good at keeping it a well-kept secret. Unfortunately, this has led to a lack of awareness or an understanding of the broad opportunities available.

Missing out on opportunities
However, Jaz remarks that when it comes to the development of new farming technologies, the overall lack of awareness is creating a knock-on effect. Which according to him, leads to people struggling to access resources to learn and a shortage of opportunities.

"It’s an exciting and vibrant industry to work in, but you see so few university courses, internships, or apprenticeships available to create specialists in our field and bring new, fresh talent into the pool. What’s more, recruiting from overseas and bringing experienced people who can create a knowledge transfer of global best practices, now comes with its own new set of challenges." 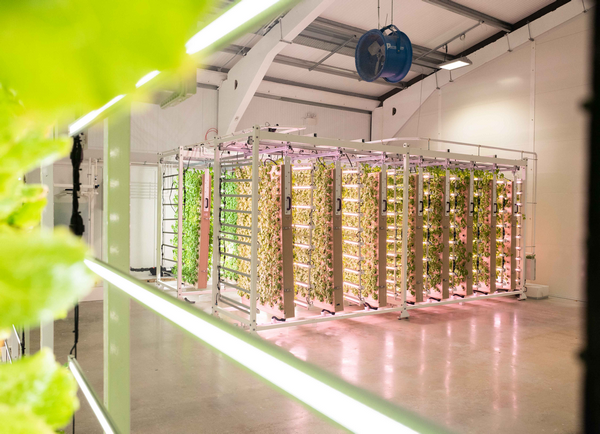 When developing their patented GrowFrame™, for example, IAT had a team of experts including scientists, researchers, design engineers, automation specialists, and seed breeders… the list is extensive. All were instrumental in creating a product that has benefits for the agricultural industry. Inspired by what Jaz saw in India where arable land is depleted by traditional open-field farming, IAT wanted to create a solution that would tackle these challenges head-on. The result is a fully-scalable and flexible technology.

"There is no better time to be part of the story – involved at the forefront of creating solutions that could have an enormous impact on how we grow food and ultimately ensuring there is enough produce for everyone. Yet people aren’t aware of what we’re doing, and how they can be part of this incredible movement that is constantly updating and generating new solutions to the world’s problems.

Yes, as an industry we need to be supporting those who can ‘do the doing’ – picking, harvesting and processing. But we shouldn’t forget that if technology and innovation is the aim of the game, we also need to be encouraging people into the highly skilled, technical jobs too.”