Eclo has raised 4.7 million euros to install a 4,200 sqm factory in Villers-le-Bouillet in the province of Liège at the beginning of 2023. This will position Eclo as a key player in the exotic mushroom industry in Europe, with an annual production of 7,000 tons of mushroom substrate from recycled organic waste by 2026. Participants in the fundraising include Noshaq, Investsud Bois, GoGreen Capital, and private investors.

Eclo, a local, organic, circular initiative
Since 2016, Eclo has been working to develop recipes that replace grains in exotic mushroom substrates – generally made from a wood base, grains, water, and mycelium – with organic waste from breweries and industrial bakeries. Located in the Cureghem Cellars in Brussels, the first professional facilities produced significant and encouraging results based on a short supply-chain strategy for raw materials through partnerships with local businesses: Cantillon Brewery for spent beer grain, the Colruyt Group, and Bon Pain for organic bread. 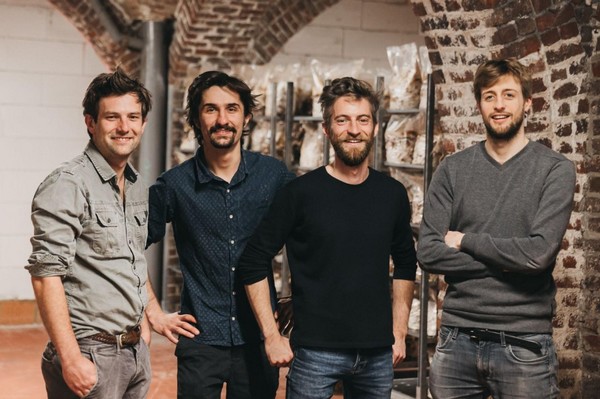 In 2021, the facilities in Anderlecht enabled Eclo to produce 330 tons of substrate while recycling 23 tons of brewery and bread waste. This production will increase with the closing of a Series A financing round of 4.7 million euros, in which Noshaq, Investsud Bois, GoGreen Capital, and private investors participated in installing a 4,200 sqm factory in Villers-le-Bouillet in the province of Liège in early 2023.

The purpose of this fundraising is also to position Eclo as a European leader in mushroom substrates in Europe thanks to an increased production, which will supply the French, Dutch, Swiss and German markets, where the consumption of exotic mushrooms is growing every year.

"In recent years, we have seen strong growth in demand for gourmet mushrooms such as shiitake and eryngii. The market currently has a shortage of quality substrates, and that creates recurring supply problems for producers. With ECLO, we have been investing for several years in research to improve the yield of our substrates. As a result, we have now attracted significant interest from European producers," said Hadrien Velge, CEO & Founder of ECLO. 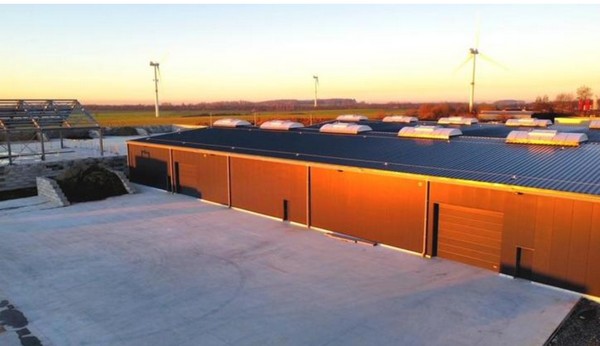 Photo of the 4,200 sqm factory located in Villers-le-Bouillet in the Province of Liège.

A high-tech factory in the province of Liège
From October 2022, the company will start moving its substrate production out of the Cureghem Cellars and installing it in Villers-le-Bouillet. The relocation of this part of the operation stems from a significant need for production space. The other part of the operation, fresh mushroom harvesting and the production of microgreens and aromatic herbs, will continue to be carried out in the urban farm in Brussels.

After a test phase, marketing of the substrates will be able to start in early summer 2023. The first production phase will produce up to 3,600 tons of substrate per year in 2024. In the second phase, around 7,000 tons of substrate will come out of the factory each year from 2026.

"Noshaq is very pleased to join Eclo and support its installation in Liège, on a site that matches its ambitions. It is an innovative and circular project which recycles industrial organic waste while creating jobs locally. These objectives are at the heart of the ecosystem strategy currently being developed by Noshaq in the agri-food sector," said Alain Balthazart, Investment Manager at Noshaq.

As substrate production is very susceptible to contamination, the factory will be equipped with an automated production line for the most critical parts of the process. This is to avoid handling, which could increase the risk of contamination of the substrate. The factory will be powered by 1,500 sqm of photovoltaic panels. These infrastructures should generate 20 more new jobs by 2026, in addition to the 12 people currently employed for its Brussels operation. 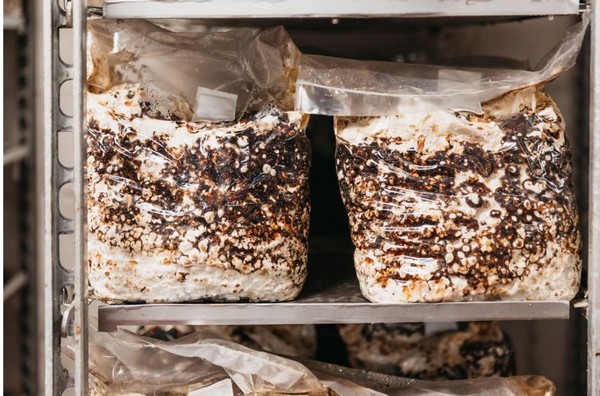 Becoming a European leader
Exotic mushroom substrates are usually made from a wood base, grain, water, and mycelium. These materials are mixed together and placed in conditions that are favorable to the growth of mycelium. After a few months, the substrate is completely colonized by mycelium, and it is then ready to fruit its mushrooms.

It is this completely colonized substrate that will be marketed when it leaves the factory, where several varieties will be produced, including shiitake, eryngii, nameko, maitake, and pompom. The aim is to position Eclo as a major player in mushroom substrates in Europe. These substrates will be targeted at mushroom producers in the Belgian, French, Dutch, and German markets. An in situ expansion of production, together with an increase in Eclo's organic waste recycling capacity, i.e., 7,000 tons of substrate for 700 tons of spent beer grain or bread waste recycled from 2026

To meet these projections, the company aims to supplement its supply of organic spent beer grain and organic bread waste, in addition to that supplied by existing partners, and the arrival of Investsud Bois funds in the capital will, among other things, strengthen the supply of 3Belgian sawdust. Mycelium will continue to come from the company Mycelia, a long-standing partner of Eclo, located in Ghent.

"We were won over by the vision, dynamism, and professionalism of a team with very complementary talents. We are delighted to participate in this excellent project which adds value to related products from our Walloon sawmills," said Gilles Koestel, Operational Manager at Investsud Bois.