Atarraya, creator of Shrimpbox, a sustainable "plug-and-play" shrimp farming technology, is swimming to the surface after being in stealth mode since 2019. The Mexico City-based company emerges with new funding, $3.9 million in Series A dollars, and a new U.S. headquarters in Indianapolis.

Daniel Russek, founder and CEO of Atarraya, said that Shrimpbox was an idea he got after college in 2005 when he started with a non-government organization working with fishing communities. That grew into aquaculture farming technology, with Russek and his team creating a startup company around it called Maricultura Vigas. That company mainly focused on the biotechnology aspects of aquaculture, including the challenge of raising shrimp in a closed loop system.

"We wanted to make the shrimp business more sustainable and more efficient without destroying the environment," Russek said. "We decided to take a bet on the technology and became a startup. We raised some money, got some grants from the Mexican government." 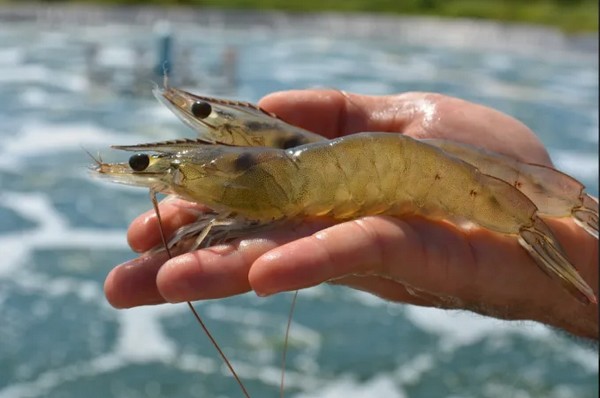 However, in 2019, the company realized that the challenge was a bit bigger than the founders had previously anticipated. In addition to biotech, Russek felt there also needed to be software and automation components. So they created Atarraya, a U.S.-based company tasked with the challenge of making the shrimp farming technology sustainable and more affordable.

A Shrimpbox farm system enables farmers to become vertical aquaculture farming operations. This includes cargo containers that can be located even in landlocked areas and moved accordingly to suit production needs.

The three-pronged technology includes biofloc technology, which creates an ideal environment to protect shrimp from disease and so they can grow without the need for antibiotics or harsh chemicals and with minimal need for water discharge. Then there is the software aspect that enables remote operation management of the production and workflow mapped out with data so that it is easier to train and perform the farming tasks. Finally, artificial intelligence-powered automation and engineering components are designed to remote-monitor the water quality, regulate temperature and oxygenation and feed the shrimp.

"This technology is basically everything in a hyper modular solution," Russek said. "The idea is that we can manufacture Shrimpbox anywhere in the world that is ready to use with plug-and-play and can be moved around efficiently using an intermodal transportation system."

Now armed with $3.9 million in Series A angel investment, the first Shrimpbox prototypes are currently being assembled in Guapinole, Oaxaca, Mexico, and a farm for training and demo purposes is expected to open later this year in partnership with the Indiana Economic Development Corp.

The funding was led by Jeffrey Horing and a group of angel investors, including Mark K. Gormley, Geoffrey Kalish, Robert Stavis, and Robert Goodman. This brings Atarraya's total funding to $10 million to date, Russek said.

The company grew its Mexican business 5x between 2020 and 2021. Russek expects Atarraya to begin an early adopter program in 2023 and will start scaling in the second half of the year.

"That growth has enabled us now to be in a very strong position to make an impact in the industry," he added. "Our goal is to create a new farming industry in the United States and to create infrastructure and technology that is as easy to use as a laundry machine so that anybody can become a shrimp farmer."

While Atarraya is working with real shrimp, lab-grown and plant-based alternatives have also seen love from venture capital this year. For example, South Korea-based CellMEAT raised $8.1 million for lab-grown shrimp.