For the first time, RIPE researchers have proven that multigene bioengineering of photosynthesis increases the yield of the major food crop, soybean, in field trials. After more than a decade of working toward this goal, a collaborative team led by the University of Illinois has transgenically altered soybean plants to increase the efficiency of photosynthesis, resulting in greater yields without loss of quality.

Results of this magnitude couldn’t come at a more crucial time. The most recent UN report, The State of Food Security and Nutrition in the World 2022, found that in 2021 nearly 10% of the world population was hungry, a situation that has been steadily worsening over the last few years and eclipsing all other threats to global health in scale. According to UNICEF, by 2030, more than 660 million people are expected to face food scarcity and malnutrition. Two of the major causes of this are inefficient food supply chains (access to food) and harsher growing conditions for crops due to climate change. Improving access to food and improving the sustainability of food crops in impoverished areas are the key goals of this study and the RIPE project. 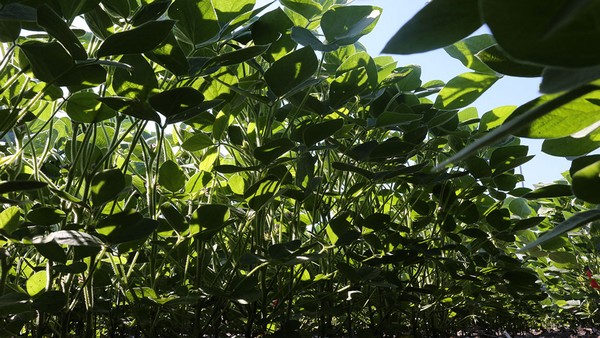 “The number of people affected by food insufficiency continues to grow, and projections clearly show that there needs to be a change at the food supply level to change the trajectory,” said Amanda De Souza, RIPE project research scientist and lead author. “Our research shows an effective way to contribute to food security for the people who need it most while avoiding more land being put into production. Improving photosynthesis is a major opportunity to gain the needed jump in yield potential.”

Photosynthesis, the natural process all plants use to convert sunlight into energy and yield, is a surprisingly inefficient 100+ step process that RIPE researchers have been working to improve for more than a decade. In this first-of-its-kind work, recently published in Science, the group improved the VPZ construct within the soybean plant to improve photosynthesis and then conducted field trials to see if yield would be improved as a result.

The VPZ construct contains three genes that code for proteins of the xanthophyll cycle, which is a pigment cycle that helps in the photoprotection of plants. Once in full sunlight, this cycle is activated in the leaves to protect them from damage, allowing leaves to dissipate the excess energy. However, when the leaves are shaded (by other leaves, clouds, or the sun moving in the sky), this photoprotection needs to switch off so the leaves can continue the photosynthesis process with a reserve of sunlight. It takes several minutes for the plant to switch off the protective mechanism, costing plants valuable time that could have been used for photosynthesis.

The overexpression of the three genes from the VPZ construct accelerates the process, so every time a leaf transitions from light to shade, the photoprotection switches off faster. Leaves gain extra minutes of photosynthesis which, when added up throughout the entire growing season, increases the total photosynthetic rate. This research has shown that despite achieving a more than 20% increase in yield, seed quality was not impacted. 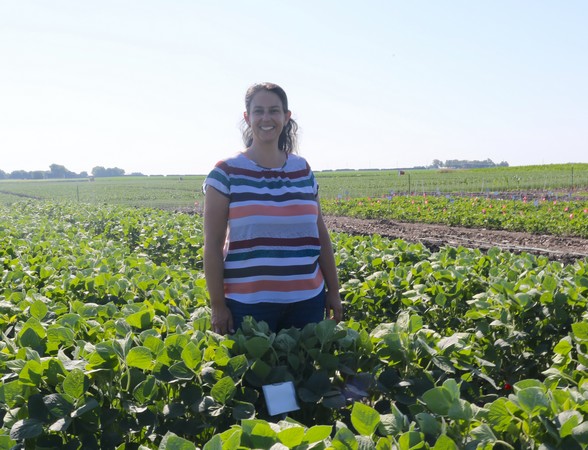 The researchers first tested their idea in tobacco plants because of the ease of transforming the crop’s genetics and the number of seeds that can be produced from a single plant. These factors allow researchers to go from genetic transformation to a field trial within months. Once the concept was proven in tobacco, they moved into the more complicated task of putting genetics into a food crop, soybeans.

“Having now shown very substantial yield increases in both tobacco and soybean, two very different crops, suggests this has universal applicability,” said Long. “Our study shows that realizing yield improvements is strongly affected by the environment. It is critical to determine the repeatability of this result across environments and further improvements to ensure the environmental stability of the gain.”

Additional field tests of these transgenic soybean plants are being conducted this year, with results expected in early 2023.

“The major impact of this work is to open the roads for showing that we can use bioengineer photosynthesis and improve yields to increase food production in major crops,” said De Souza. “It is the beginning of the confirmation that the ideas ingrained by the RIPE project are a successful means to improve yield in major food crops.”

The RIPE project and its sponsors are committed to ensuring Global Access and making the project’s technologies available to the farmers who need them the most, with a focus on Sub-Saharan Africa, one of the fastest growing areas for soybean production in the world. According to the Soybean Innovation Lab, this high-protein food crop has seen growth in acres planted and domestic demand.

“This has been a road of more than a quarter century for me personally,” said Long. “Starting first with a theoretical analysis of theoretical efficiency of crop photosynthesis, simulation of the complete process by high-performance computation, followed by application of optimization routines that indicated several bottlenecks in the process in our crops. Funding support over the past ten years has now allowed us to engineer alleviation of some of these indicated bottlenecks and test the products at a field scale. After years of trial and tribulation, it is wonderfully rewarding to see such a spectacular result for the team.”