“Our densely-woven bamboo mats are entirely biodegradable and sustainable”

It's kind of your regular story of how Albert Lin, founder of VegBed got into hydroponics. After a friend of his posted a photo of a flood tray table setup growing lettuce, he was fascinated by it. Shortly after, Albert got his own kind and started experimenting. Albert joined a team as a co-founder for a vertical farming project in upstate New York that was going to integrate rotating hydroponic towers, similar to that of SkyGreens out of Singapore. We worked on it for 10 months but were not able to secure funding.

Once Albert found out that were sustainable or biodegradable substrates on the market, the next thing he wanted to innovate was creating one that had both properties. "We started with a foam cube which did really perform well, but then I ended up getting requests for a more sustainable solution on microgreens production. That brought me to do prototypes with bamboo fiber.

100% biodegradable and steady
Vegbed's bamboo matt is comprised of solemnly organic materials and is mainly to be used by microgreens growers. "It's kind of difficult to create a stiff substance without having to add any glue to it to stick."

According to Albert, substrates need to add glue or binding agents to make them stiff. In comparison, Vegbed uses bamboo fibers that are densely tangled together in a mechanical process weaving them into a steady matt. Other offers have either sustainable materials that aren't biodegradable or the other way around. Cornell University has also done research with VegBed mats for baby leaf production and was successful in growing crops up to 3-4 weeks. 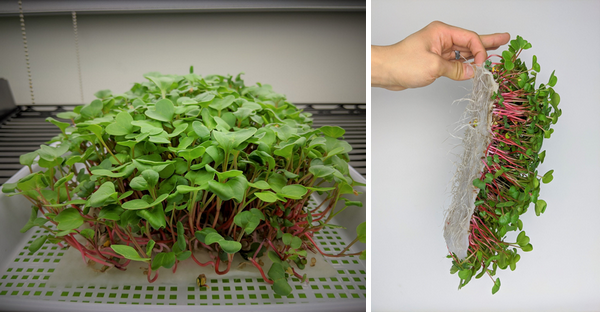 The need for sustainability is there, but the cost is still a major factor
As Albert explains, stone wool is still the number one product used for general crop production because it has been around for so long. "Besides that, it's broadly utilized in other industries like home insulation and so on. That's why the cost advantage is probably so appealing beating other substrate materials on the price."

When you order 1-100 million mats per year, every penny counts. "However, when we talk to customers, they're really on board of the sustainability aspect, but not at the cost of the end product. Often, the paper straws and containers are mentioned. They're sustainable but far from practical as it goes weary quite quickly." In crop production, it's rather similar, Albert points out. The standard has been around for so long, which is holding back the switch for a bit. 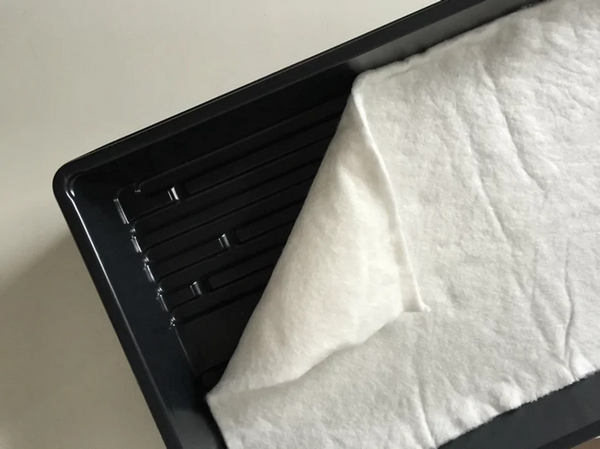 High-profit margins
According to Albert, microgreens production is a bit in its infancy state in other countries and definitely gaining popularity in the US. Many growers based outside the US assume that microgreens are just for fancy restaurants and don't have a mature market yet. However, on the contrary, profit margins for these products are really high.

"They are highly concentrated in vitamins and nutrients vs. full-sized greens and can be added to almost any dish. At farmer's markets in the US, a standard tray can be sold for 20-25 dollars per piece. Whereas high-end restaurants will pay about 50 dollars for a tray. There are so many opportunities." 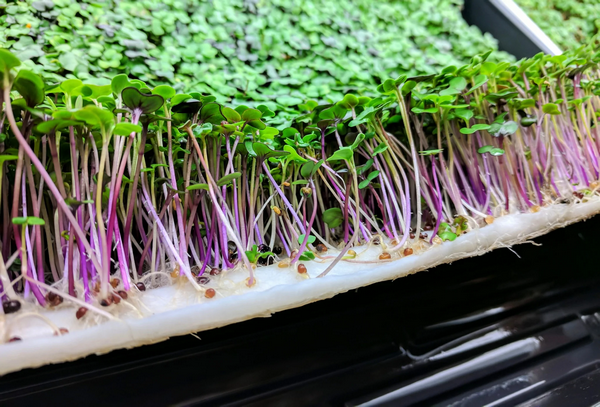 Tailored orders possible
As most customers are from the US, Vegbed isn't limited to North America only since products can be shipped worldwide. A regular customer could go to the site and order either a 10- or 100-pack, as well as custom-sized rolls. The customer could either ask for a non-traditional size or the more regular size. Though it has to be a certain amount to be viable, Albert points out.

Whereas commercial growers can request a tailored order so the team can help them best according to their needs. "We'd be able to work out bulk pricing for large orders. We can cut the roll to the size of their trays.

Besides mats, Albert and his team are working on raw bamboo chips that can be converted into soil-like substrates. The company hopes to roll these out within the next few months. "It's going to be a little bit more expensive to what growers are paying to the current substrate, but as we're growing, we will become cost-competitive."

Our goal is to ensure farmers take care of their downstream waste efficiently and effortlessly. Germany and other countries in the EU are starting to tax/charge a fee for stone wool disposal. So it is important for farms to start to think of sustainable and scalable solutions moving forward. This is where VegBed can help out.