After 41 years of educating students on CEA and the last 12-13 years on vertical farming, Jasper den Besten is retiring and will leave the HAS university as of the end of this month. However, since he's a man that cannot sit still, Jasper has joined Planet Farms, an Italian vertical farm, as Agriculture Advisor.

Ever since he started, he thrived on the feedback that was given to him after his evaluation talk with the manager and students. Jasper wanted to make sure that the students were stuck on his lectures and really would have an impact on their careers in the end. And it showed, as the numerous fun moments with students, specialists, and others made him stick around for quite a while. 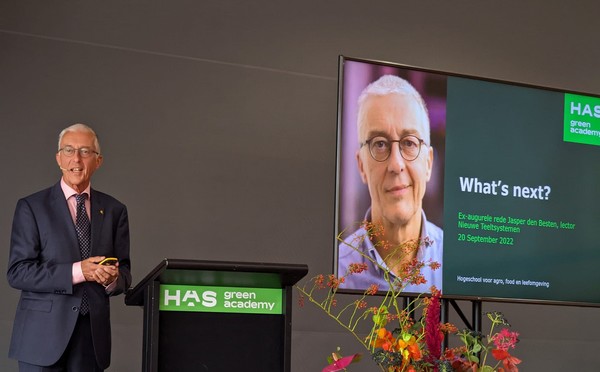 New role at Planet Farms
"As long as I'm healthy and all goes well, I'll be sharing my practical and theoretical knowledge with the entire team. It's great to be able to stay in this dynamic industry, as I've fallen in love with it. Vertical farming is still relatively new and has many challenges. Even in 'good farms, ' not many things go wrong, but there are always things to be improved. Since I've been fortunate to be involved with a lot of research, it's so great to be able to pass that on to the team if there were some things to be improved," says Jasper den Besten, former lecturer at the HAS university and recently appointed Agriculture Advisor at Planet Farms.

Given their future vision, Jasper is very eager to participate in the future plans of the company as they have big expansions planned for the future. "It would be amazing to use my global network for their best interest, involving other specialists to improve production for Planet Farms."

"Planet Farms is one of the few farms that I see becoming truly viable as they're 'not just growing herbs in a pot.' With an eye on the future, they are setting off a product with added value, like their pesto product. I am beyond excited to pass on some of my expertise to the team there, although they're already super competent in what they do," Jasper adds. 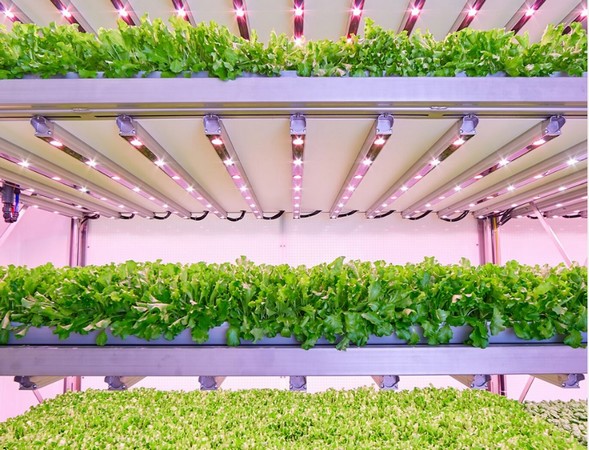 Looking back at some precious moments
As we've asked Jasper to share his best moments during his long career in education, he points out a few things that struck him. In the past 12 to 13 years that Jasper dedicated to vertical farming research, he has seen many faces come across. As he puts it, in the beginning, these were heroes that were going to save the world by growing lettuce vertically.

"We quickly burst that bubble for them," he says, chuckling. Others would appraise crops as rice and potatoes since these crops could actually feed people. However, given the state of the industry, these were way too costly to grow inside a closed environment.

Trends
Surprisingly, the following thing happened. "After a few years, I'd see the same people show up at my doorstep. They were determined to give it another shot on growing rice, grain, and potatoes indoors since the environmental issues had become even more worrisome. As the farm systems at that time were much more efficient, it indeed had become a much different case than back in the day. It was now a case of having expensive food or no food, and that choice is easily made," Jasper shares.

According to him, it's great to see people coming back after years of research because, at the beginning of the vertical farming era, people were more focused on the product itself. Given the market changes, product prices have been rising as well, which brings growers into a different headspace automatically. Entrepreneurs that would come to ask Jasper for advice would speak about the market, selling prices, cost price, and business models right off the bat. "It shows that the industry has clearly become more mature."