Innovafeed raises US $250M in series D financing round uni

Innovafeed, a producer of insects (Hermetia Illucens) for animal and plant nutrition, announced it raised US$250 million in Series D funding. This round, led by Qatar Investment Authority (QIA), also includes existing investors Creadev and Temasek, and new strategic and financial investors: global agribusiness leaders ADM and Cargill – both of which have strategic partnerships with Innovafeed – as well as Future French Champions, ABC Impact, IDIA Capital Investissement and Grow Forward.

This new round of financing brings Innovafeed's total cumulative financing to US$450 million. 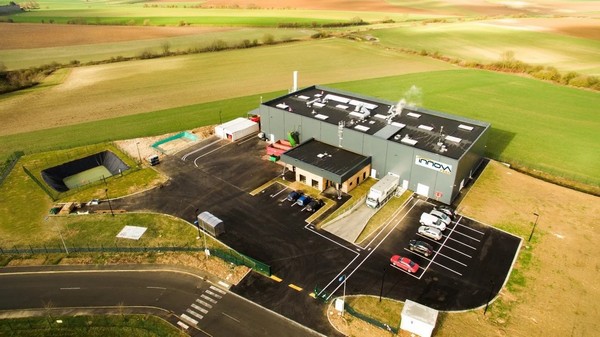 "The confidence demonstrated in us by our partners through a new round of fundraising confirms the insect industry is a key solution for our planet's food production needs. Their support will allow us to accelerate our deployment in service of an ever healthier, natural, and sustainable food system," said Clément Ray, Co-founder & CEO of Innovafeed.

Innovafeed has already secured commercial partnerships for volumes representing more than €1 billion over the next ten years.

Innovafeed will use the capital to:

In addition, the company has appointed Maye Walraven, a French-American national, as Innovafeed's General Manager for North America, a newly created role. She previously served as Innovafeed's vice president of business development.

New partnerships
The participation of world-class agribusiness leaders ADM and Cargill, both customers and suppliers of Innovafeed's feedstock inputs, underscores the role of Innovafeed's unique and cutting-edge technology and the insect industry's ability to transform the food system into a more natural and sustainable one.

"Our expansion in the United States is a critical step for our scale-up. It will enable us to access a deep source of feedstock and significantly increase our production capacity. I am very excited to be working closely with our local industrial partners, who are key contributors to accelerating the development of the entire industry and are supporting our momentum by their investment," added Walraven.

An ambition: to go beyond the "impact-native" industry
Innovafeed also announced today the creation of an Impact Committee to place sustainable development and social impact at the heart of its business model and thus reinforce the positive global impact of the industry.

This committee will be responsible for defining and supporting Innovafeed's ESG strategy over the next three years and will be chaired by Dr. Darian McBain, who is recognized for her more than 20 years of sustainability work and was formerly the Global Director of Corporate Affairs and Sustainability for the seafood conglomerate Thai Union.

"I am proud to take on the role of President of Innovafeed's Impact Committee, an emerging company whose values and commitment to finding sustainable solutions to global food challenges I share. I believe that the insect industry will have a key role in building sustainable food systems and reducing our impact on climate change. I hope to contribute my sustainability expertise to enhance Innovafeed's sustainability and ESG commitments and performance," commented Dr. McBain.