A previously unknown virus has been found to occur worldwide in the most widely studied plant species, thale cress (Arabidopsis thaliana). The presence of the virus, which was discovered by researchers at Utrecht University and Wageningen University & Research, potentially has far-reaching implications for research projects. In an article in the scientific journal New Phytologist, the researchers advise plant scientists to screen their thale cress seeds for the presence of the virus before using them in experiments.

Highly contagious
The researchers conducted several experiments to gain insight into how the virus affects the plants. Infected plants were found to contain slightly less chlorophyll and were better able to tolerate drought. Because the virus does not cause any other visible symptoms, the researchers named it Arabidopsis latent virus 1 (ArLV1). 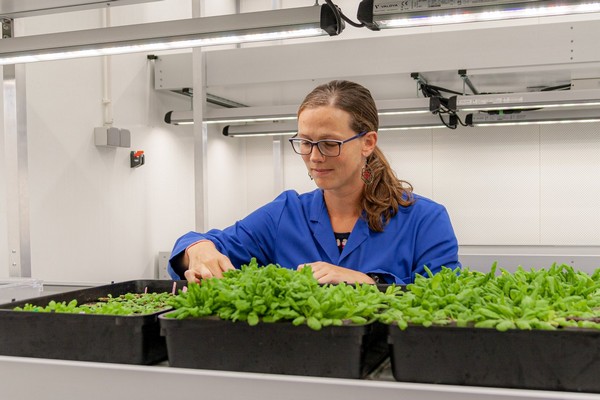 Contamination of datasets
But how do you detect a virus that causes no obvious symptoms? It surfaced when the researchers tried to analyze the RNA of several thale cresses. RNA molecules play an important role in protein production, amongst other things.

UU researcher Dr. Ava Verhoeven, who worked on a virus-infected RNA dataset in Wageningen several years ago, more or less by chance discovered that similar problems existed in a Utrecht dataset as in the one from Wageningen. Verhoeven: "In both datasets, it turned out that in some samples, more than 90 percent of the RNA was not from thale cress, but from something else. In Wageningen, the unknown RNA had already been compared with RNA from a large database. It then became clear that the RNA had to be from an unknown virus. And when we compared the unknown RNA from the Utrecht dataset with the viral RNA from Wageningen, it turned out to be from the same unknown virus."

Work and money wasted
That is why Verhoeven is certain that the virus has not only caused unusable datasets in Utrecht and Wageningen. "Thale cress is thé model plant," Verhoeven says. "Now that our publication is available, many fellow researchers reached out to us to let us know that they recognize the problems with the datasets. But they just did not know that it was caused by this virus."

"RNA datasets that contain very little plant RNA are easily considered failures. The results are often not published and thus cannot be found online by other researchers. That is how the virus remained hidden, despite being widespread. So the actual percentage of "infected" datasets is probably much higher than 8.5 percent. The creation of those datasets did cost a lot of time and money, while the presence of the virus made sure they were not very useful."

Screening of all plants
By testing wild plants from the Netherlands and Spain, the researchers discovered that the virus is also present in the wild. That makes it likely that the virus has been circulating among thale cress plants in the wild for some time and, at some point, made its way into the lab. The fact that researchers often exchange thale cress seeds allows the virus to spread easily.