Growing 40-50cm tall in just 90 days – something that in a field would take up to 18 months - the tree trials could potentially transform the forestry sector and help UK to meet its net zero targets faster.

Vertical farms are more commonly associated with growing herbs, leafy greens and vegetables but these trials have proved that there is no barrier to successfully growing tree seedlings. The trials are being run by Forestry & Land Scotland (FLS) in partnership with precision indoor growing technology specialist, Intelligent Growth Solutions (IGS).

FLS has already completed five growing trials at the IGS Crop Research Centre, based at the James Hutton Institute in Invergowrie, just outside Dundee. Species that have successfully been grown at the facility include both conifers, like Norway and Sitka spruce, Douglas fir, Lodge pole, and Scots pine, and broadleaf varieties, including Oak, Alder, Aspen, Rowan, Hazel, and Birch. 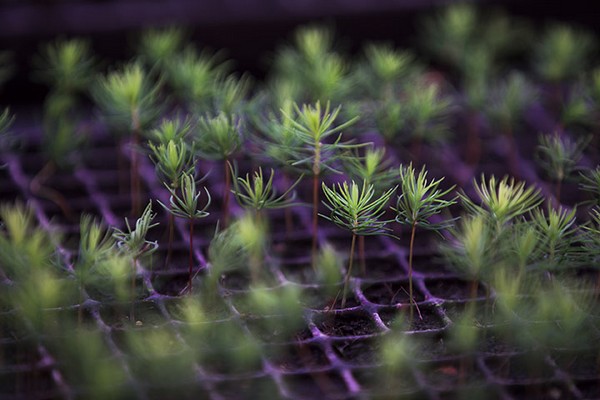 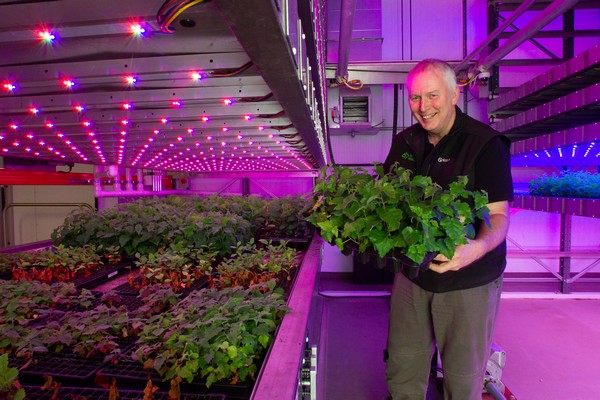 Each trial has yielded better results than the last, with tweaks being made each time to the environment including watering regimes, light settings, and nutrition.

FLS estimates the process will use around half the number of seeds currently required, a particular success for species such as native Scots pine and Aspen, which have seeds that are difficult to collect.

The vertical farm-grown seedlings have already been planted out into the ground at FLS’s Newton Nursery near Elgin and have hardened off successfully (acclimatized to the outdoors to ensure new growth is sturdy). 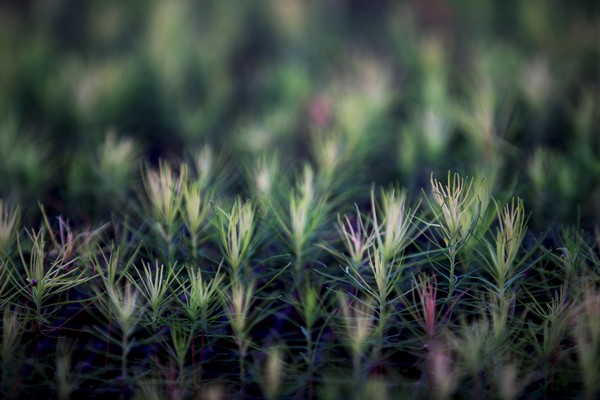 A sixth trial is now underway and will aim to actually slow the growth rate down to get a thicker root collar on the seedlings (making them more suitable for planting out in restocking forest.)

The vertical farming system is also expected to produce a more consistent product which will then grow on for one or two years outdoors in fields, before planting out into forests.  This is because the vertical farm controls all the conditions that matter to a plant such as a temperature, light, water, wind, and humidity to produce the optimum conditions for growth.

Vertical farming of trees in such systems can allow the grower to produce ‘recipes’ combining all of these factors including, crucially, light wavelengths which suit particular species, to optimize every aspect of the most critical part of a tree’s life, the first few months. 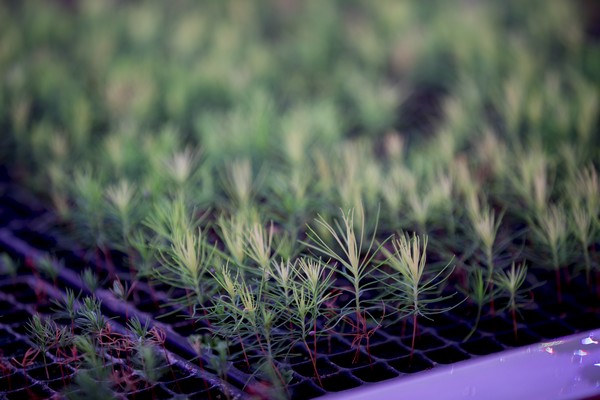 Finally, far less water is required to grow trees this way, as vertical farms operate with much higher humidity and lose far less water through transpiration compared to trees grown in polytunnels and glasshouses that need much more watering. Significantly, IGS’ vertical farms also recycle all the water they use and can be operated using rainwater harvesting, maximizing efficiency and ensuring zero surface run-off.

“Climate change is leading to unprecedented threats to our forests, including rising temperatures, prolonged drought, increased pests, and wildfires. For example, millions of larches have been lost in the last few years in Scotland alone, due to the fungal disease, P. Ramorum. Planting more trees – both for timber and biodiversity benefits - is vital if we are to tackle the twin crisis of climate and biodiversity. The urgent need to do so much, quickly, to mitigate climate change means that existing processes and supplies of high-quality tree seeds are under significant strain. 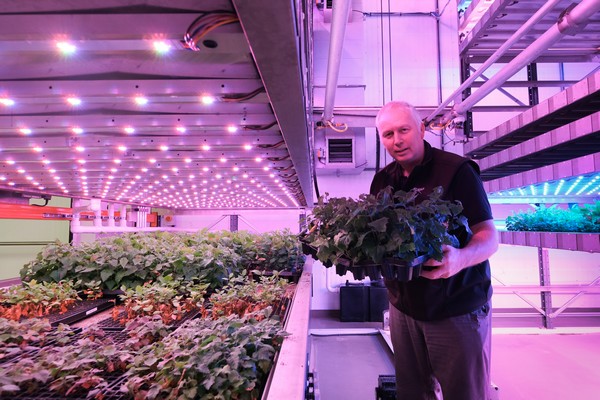 “A vertical farming system for growing trees could allow us to grow many more trees – faster, more efficiently and with far less water - for planting out into the future forests of the UK.

“We are very pleased that we now have ‘proof of concept’ and we’re excited by the potential of the system. There are very clearly significant potential benefits from using such a system so we will now look very carefully at how we might be able to integrate this into our normal processes.”

IGS’s CEO, David Farquhar, added: “Working in partnership with Forestry & Land Scotland on these trials has allowed us to explore the potential applications for our technology and expand the portfolio of crops we can grow within a vertical farm environment far beyond the salads and herbs we started out with.

“We are delighted to see initial results indicating the seedlings are performing well outside the precision-controlled environment in which they started their lives. We believe vertical farming has a real role to play in supporting reforestation projects all over the world, and this is a very exciting step towards making that a reality.” 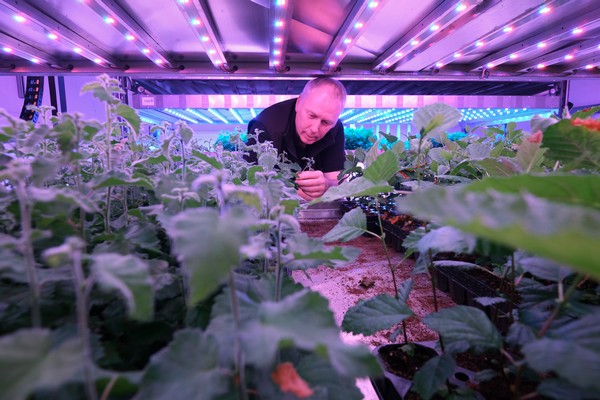 Kenny Hay, FLS at the IGS facility at Invergowrie. © FLS